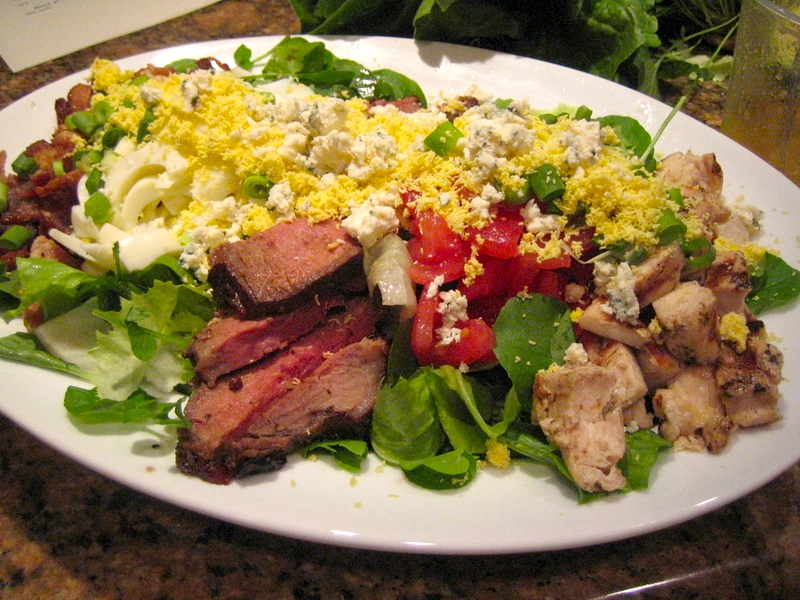 This past week has been a whirlwind of activity for us.   Mild in comparison to past years, but after so many months of having the house entirely to myself each day, having the Resident Teen out of school, wondering about summer school, and no summer camp scheduled for the first time in ten years — well — my blogging time is all helter-skelter.  To boot, my husband is sorely in need of a vacation so decided we’d all get away for a bit last weekend.  Needless to say, my poor blog has been left unattended.  Stressfully so.  It feels somewhat like leaving a child that needs attention.

Our little trip this past weekend was to Universal Studios in LA, or Hollywood, as they describe it even though Hollywood is a bit of a trek down the 101.  Still, the theme park is nestled up against quite a hill, and is home of the real McCoy.  You know — the place where Universal’s famous back lot and sound stages are.  The place where they filmed so many wonderful movies — especially the old ones.  Those black and white gems with stars like Jimmy Stewart and Rock Hudson.  Why the inspiration and connection to food?  The Brown Derby restaurant, of course.  No,we didn’t eat there because it no longer exists like so many other of the old places.  But the original Bob’s Big Boy does, so we did eat breakfast there sitting in a vinyl booth, enjoying all the old photos of Hollywood, old Los Angeles, and movie stars.  It was completely great — as was the breakfast which must have had a million calories in it.  Deep fried french toast, anyone?

The Brown Derby restaurant was the birthplace of the Cobb Salad.  I’ve made many over the years, experimenting with the placement of the ingredients on the plate more than actually considering what the traditional ingredients of a Cobb Salad might be, so this was a good experience learning something new.

The idea to add steak was inspired by the July 2007 issue of Sauveur magazine which features a serious hunk o’ beef on its cover and is aptly named, “The Steak Issue,” a great issue if you’re a beef lover.  Although I didn’t have flank steak on hand as the recipe calls for, I did have three thick hunks of top round steak.  Technically the thickness is what dictates whether it’s a steak or a roast, and my pieces of top round were just shy of two inches.  So steak.  The marinade in this recipe is one of the best we’ve had.  The original recipe can’t differ much from mine, but I didn’t have the exact ingredients, so my recipe follows. 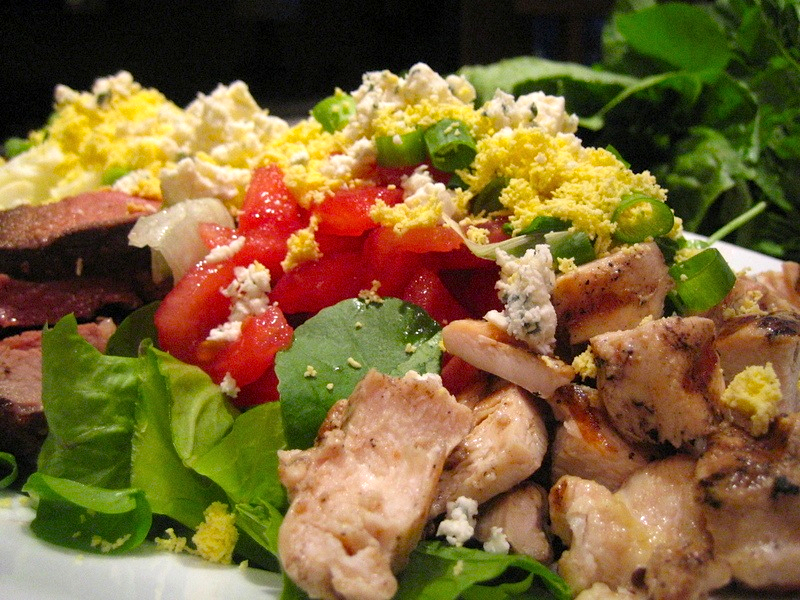 Then mix together in a small bowl:

Blend all ingredients together except the oils.  Whisk in oil as you pour to mix well.

Remember, an official Cobb Salad does not include steak.  But by all means, give it a shot, because it sure is tasty.