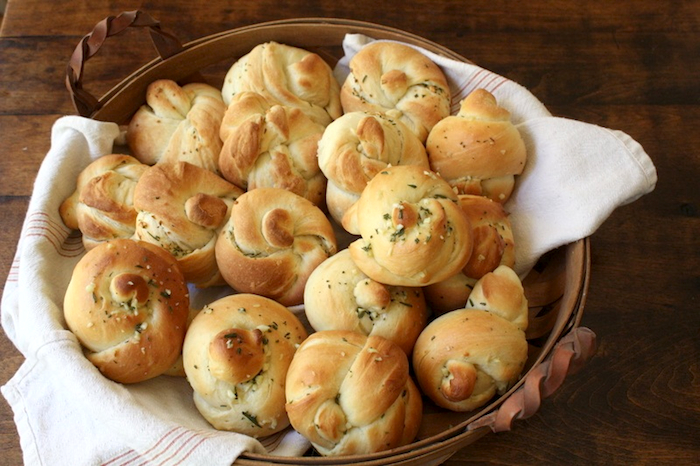 If anyone had told me even two years ago that I’d have a group of friends I baked with, I’d have considered that it was possible, because I do have a group of friends I cook dinner with on a regular basis.  But if I’d been told the baking friends lived thousands of miles away, some in countries outside the U.S., and that when we baked we questioned and deliberated about all things “culinary” such as:

Where was I?  Oh, yes, and that all this “talk” happened in day long chats by instant messaging on Skype, I would have said, absolutely no chance.

But it’s absolutely so educational.  Of course, it would be much more fun if most of my fellow “bakeanistas” weren’t in another time zone.  It’s a bit of a challenge to drag myself out of bed early on a weekend morning when I’m sorely in need of my beauty rest, but I wouldn’t miss it for the world.   Just the thought of being able to spend a day in my kitchen in front of my iMac (like that’s unusual?) with my pjs on and no worry of make-up or anything beyond brushing my hair is sheer heaven. You know, when the rest of the sane world is out enjoying time at the park, or the beach, or taking care of gardening.  Yes, like that.  And who knows whether our keyboards will ever be the same, but some are experimenting with SaranWrap coverings lest snorting coffee through one’s nose over the ensuing hilarity should damage them.

The nice thing about these cyber baking chat sessions is that they remind me of what it’s like to see a neighbor outside her house and call over to her that you’ve got a fresh pot of coffee brewing, or a mimosa in the works,  and because she’s expecting a friend any minute who was going to meet up with her neighbor, and they were getting ready to go out with two friends….You understand, right?  Except that doesn’t happen in my real neighborhood — the one right outside my door.

From one session to the next, there’s no telling who will join in because it’s impromptu.  And sometimes people are busy, so they just pull up a chair and chat for a while as the rest of us bake.  But as each in the group proceeds through the recipe or its variations (because we enjoy experimenting with it) photos of our baked morsels start flying back and forth so we can oooh and ahhhh one another’s accomplishments as they roll off the assembly line.

Or not.  Sometimes, things don’t always unfold the way we’d like.  It’s a bit challenging gossiping and trying to bake and type all at the same time so there’s bound to be a problem.  Yeast doesn’t exactly stop working when you’ve got errands to run, right?

Thankfully, this dough is very forgiving — as in after you’ve throw it across the room to get it off your hands because it’s so sticky. 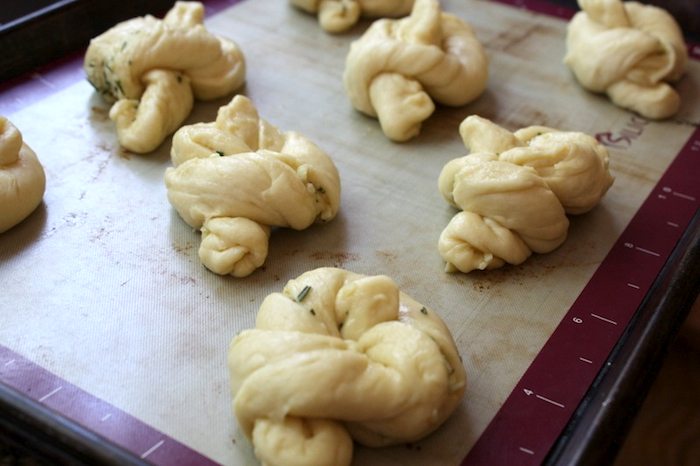 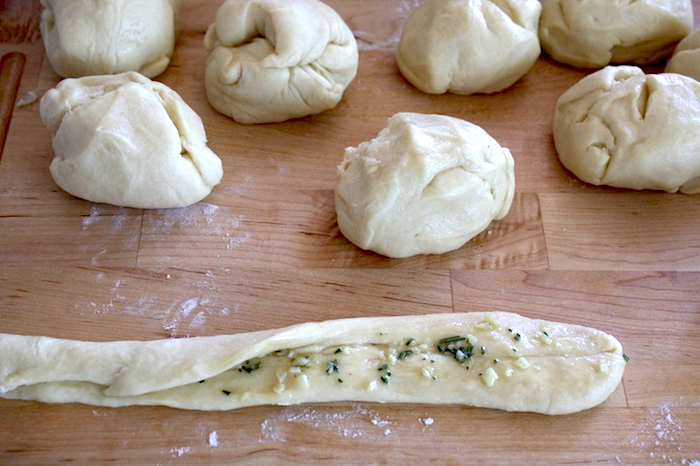 Now don’t forget to check out the other bakeanistas to see what they’ve created — Especially Mary of The Sourdough.  This session was all her heavenly garlicy idea.  And then there’s Helen, Lis, John,  Chris, Sara, Marce, & Tanna. 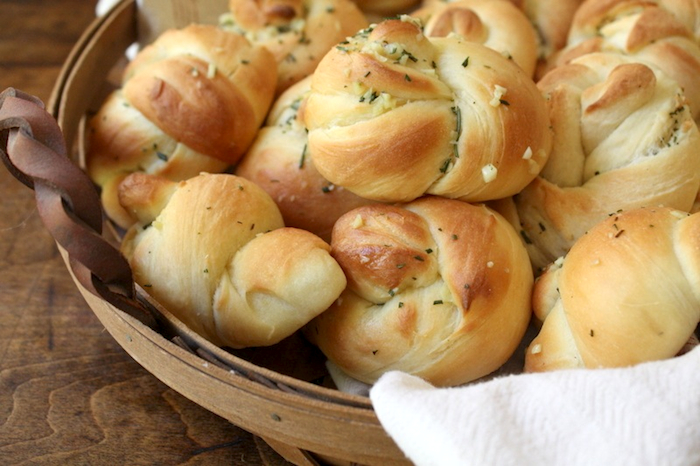