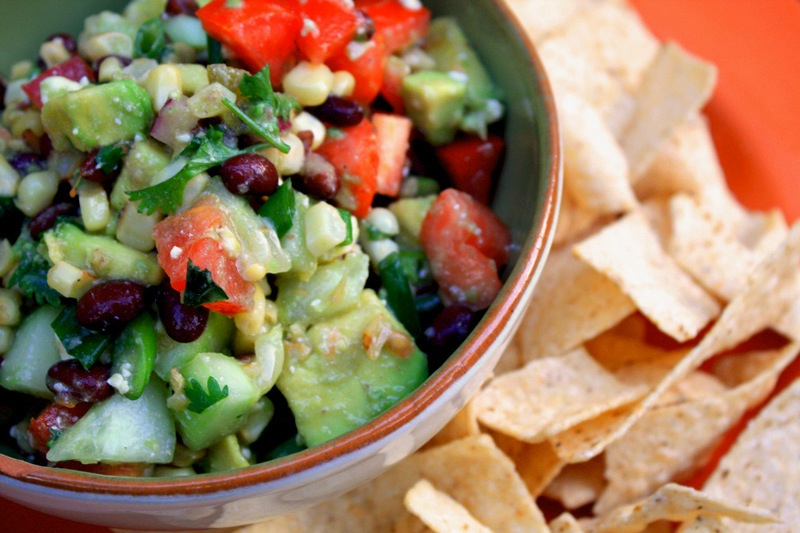 When the weather is warmer or more humid than I like, or when I don’t want something packed with calories disguised as butter, or cream, or bacon, I crave food that has a bite, some salt, and involves work.

No, the work isn’t about the preparation — it’s about chewing.  Chewing, crunching, and savoring the most amazing combination of flavors, that is.

Oh, and little or no heat.  That would be heat from a stove or a grill, because I can’t imagine life without the heat that comes from a nice jalapeno.  And since Grace of A Southern Grace is having a little “Beat the Heat” shindig over at her place, I thought this just might be perfect.

The first time I made this salsa it was the early ’90s and I was desperate for food packed with nutrients, and absolutely no fat.  I’d had my youngest son a year earlier, thought I was looking just fine, and then saw a photo of myself at a wedding that rudely informed me otherwise. Where, oh where did that second chin come from?   So, I was hell bent for leather to lose weight and get fit.  No-fat diets were all the rage back then, and I went a bit crazy eating things like fresh strawberries dipped in Cool Whip, and smearing apple butter on my dry toast.  Eating lots and lots of pasta with fresh tomatoes and basil.  And, wonder of all wondrous things, learning how to stomach non-fat milk.  Unbelievable.  For exercise, I took a swimming test, then promptly learned how to row.  You know.  Those long skinny boats that lots of people sit in with the slidey seats?  They all stroke at the same time when that person at the end yells at them?  Yes, those.  I know.  I was 36 years old.  What in hell was I doing?  Well, the other women were my age and older, so that made it easy (such a liar…)  But they were buff, and I was, um…pudgy.

Salsa. About that time, I started making this salsa. Wait.  Salad.  So, maybe it’s a salsa salad.  I think that’s the closest name for it, although in years since, I have seen it called Cowboy Caviar, which some people think morphed from Texas Caviar.  Now, I learned what I know about cowboys from old movies, and I’m not, nor ever will be from Texas. And most importantly, I have lived in San Diego for most of my life, so there’s no way I’d call my chunky bowl of low carb, low fat flavor either of those names.

Besides, some of the other versions have ingredients that are NOTHING like mine.  They call for:

But there are other versions that are very, very similar to mine.

What exactly are the rules for my salsa, anyway?  You know me — they change depending on what I have in the house, and whether I want a salsa or a salad, but the basics are always present — and one ingredient that shouldn’t be left out if you can avoid it. 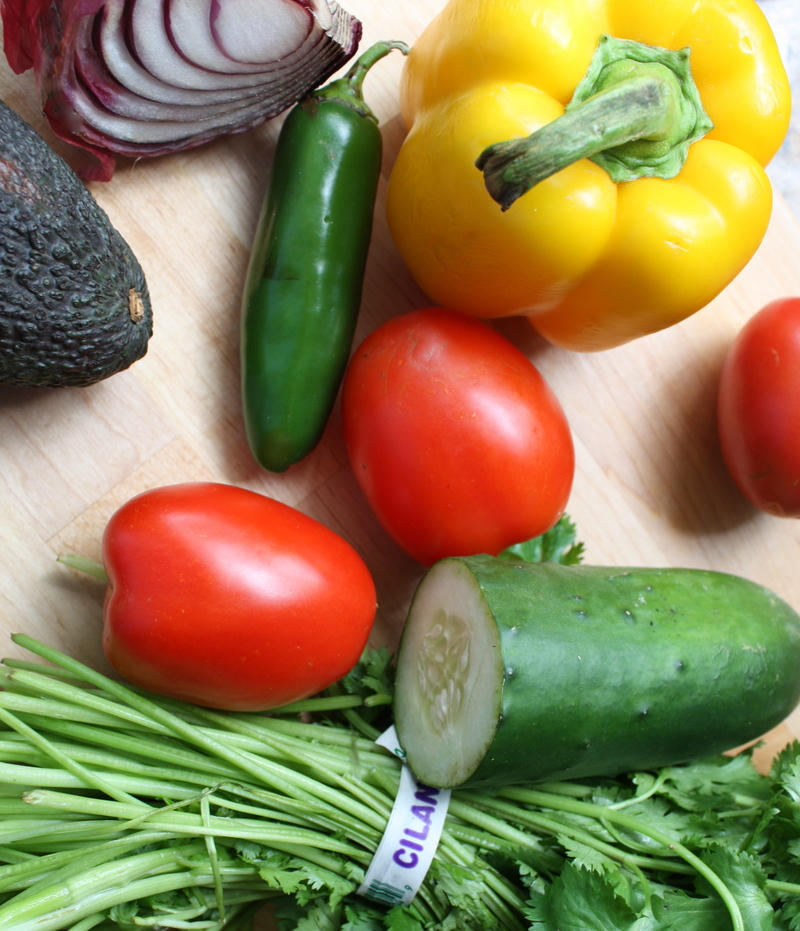 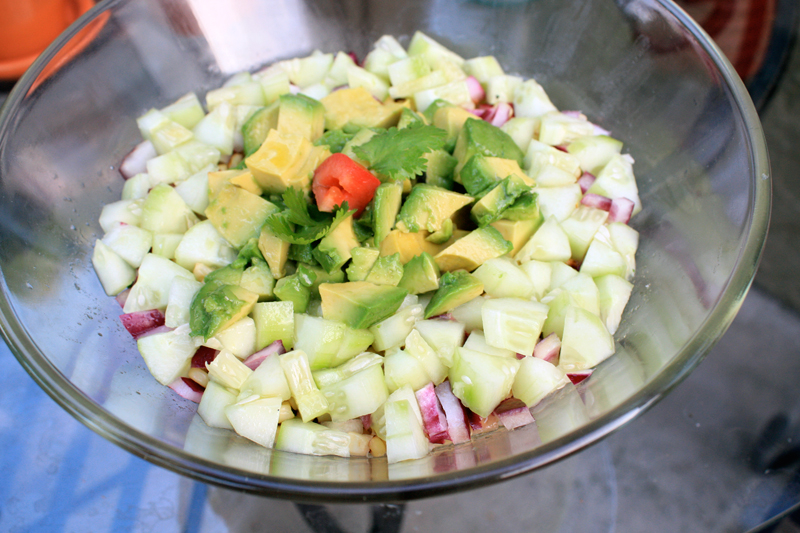 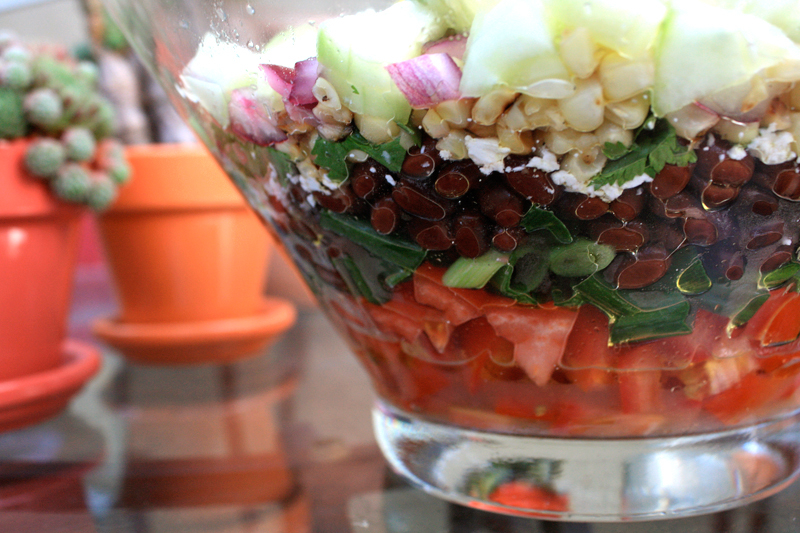 Other ingredients I’ve added from time to time...

Definitely NOT Cowboy Caviar.  But I’ll bet it would make Clint’s day.

This is definitely a healthy recipe considering it’s full of vegetables and beans and lacks added fat from salad dressings.