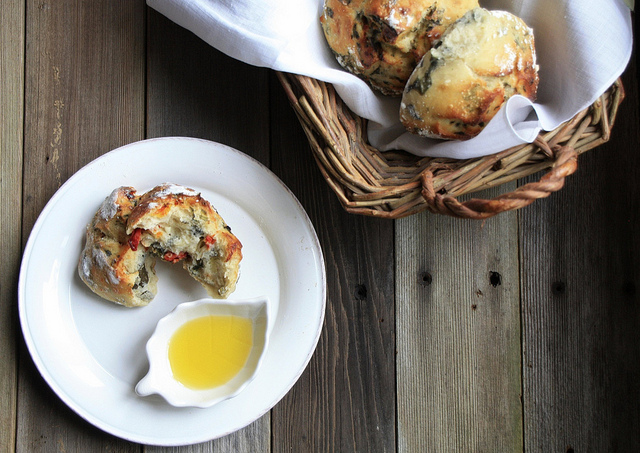 It’s beautiful in the evening just before the sun has set and I want to be on the patio enjoying the cool, dry air, watching the light against the the trees and houses change as the sun disappears into the Pacific.  I don’t want to waste one second of daylight at this time of year when the days are longest and sometimes, the temperature barely fluctuates between day and night.

Like right now.  It’s nearly seven and the sun isn’t quite ready to set.  Dinner is ready to prepare and won’t take all that long, but I’d rather be sitting in one of the chairs outside doing not much of anything.

All I’d need to complete the picture is some soft cheese — like burrata, perhaps some proscuitto, a handful of the sweet little sungold tomatoes my plant loves to produce, a nice crisp white wine, and good crusty rolls with a bit of something else added — like spinach, and sun-dried tomatoes.

If you’ve tried any of the recipes in Artisan Bread in Five Minutes a Day, then you know they’ll be good.  But do you know the secret to make them even more crusty?

I do.  And it works every single time. 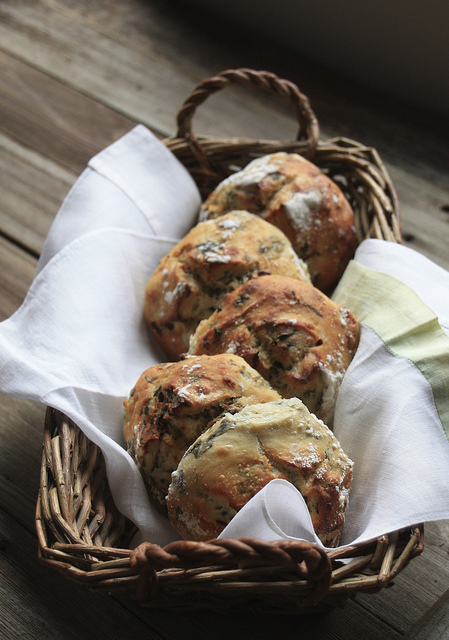 Cool on a baking rack before serving. 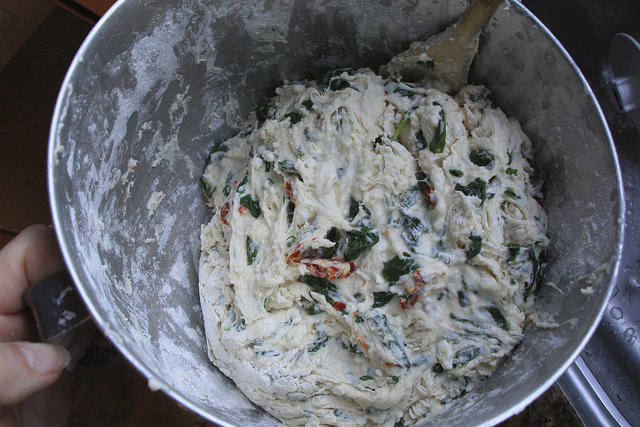 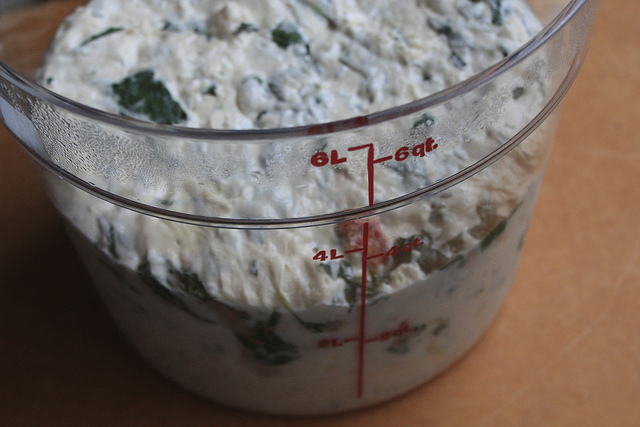 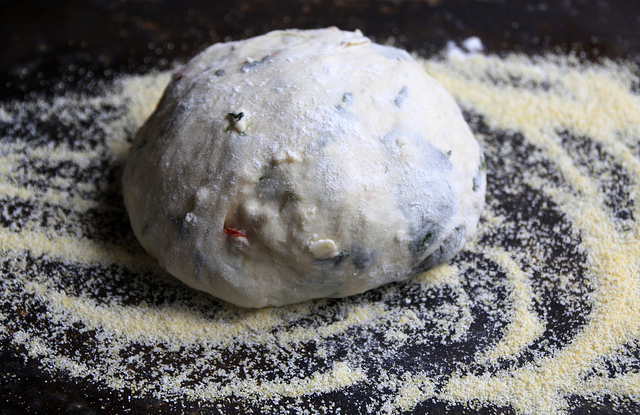 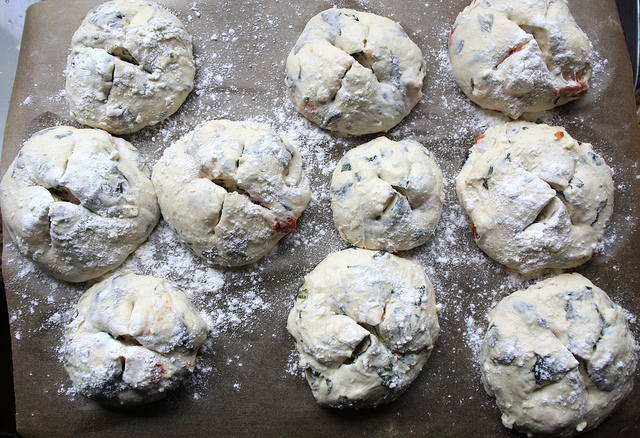 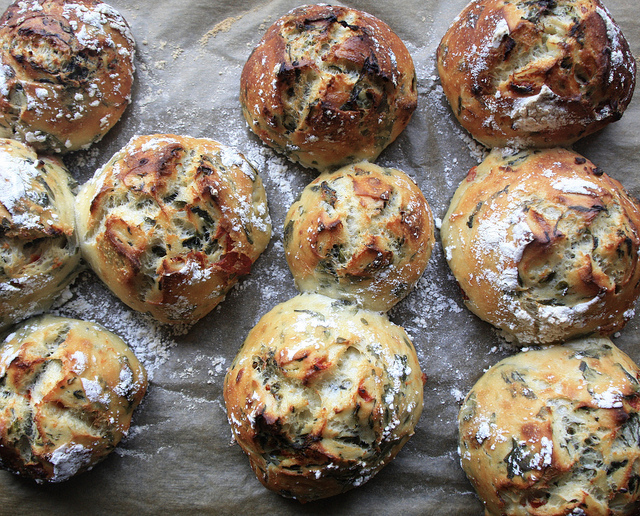 For other versions of Spinach-based bread, you may be interested in the following:

Experiments of a Housewife:  Spinach Bread