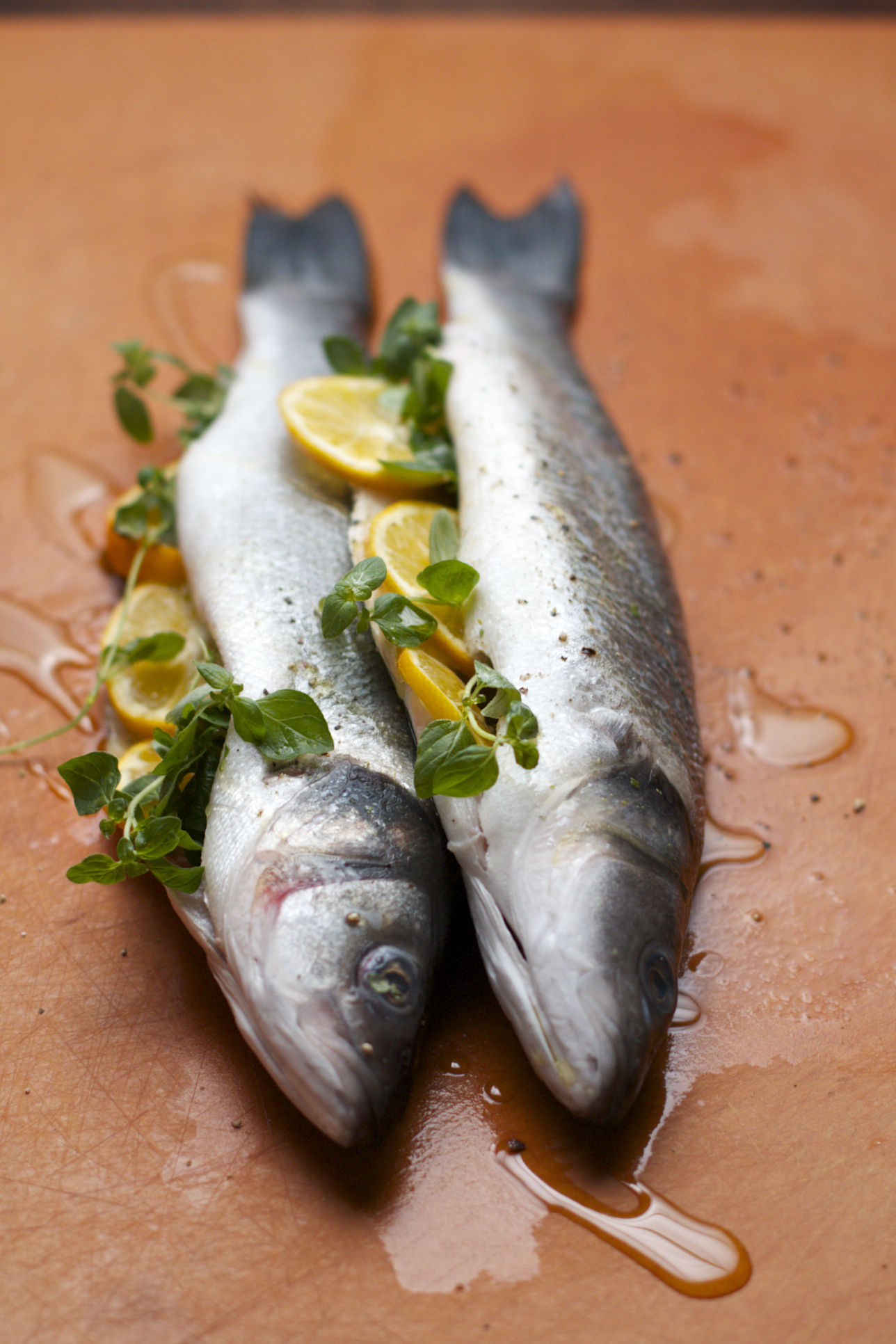 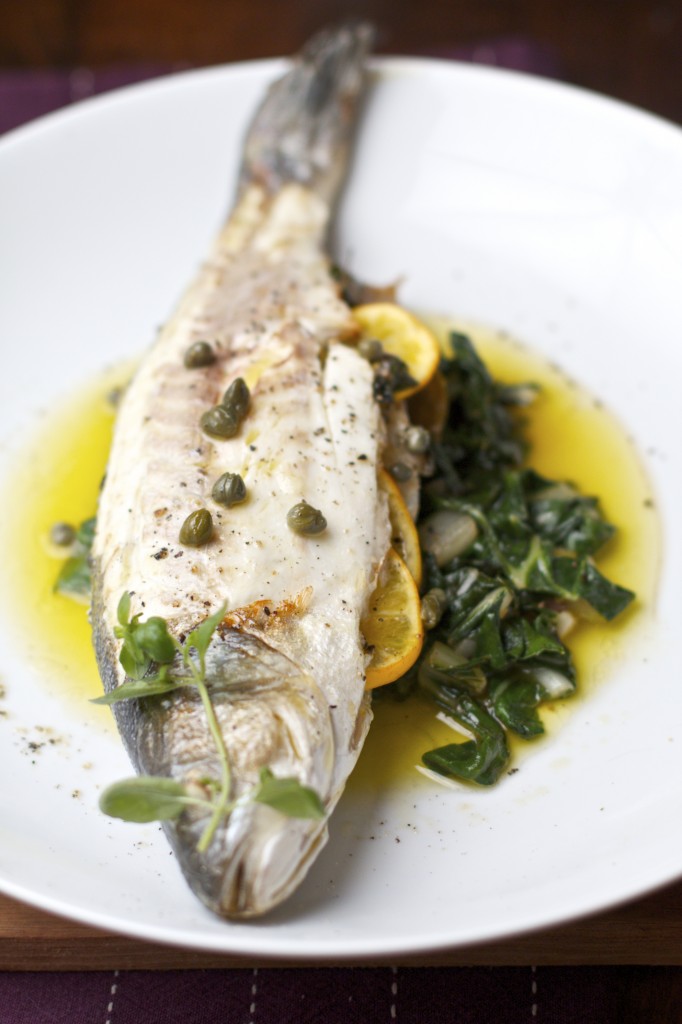 I don’t have a bucket list in general, let alone a food bucket list.  But I do have a mind that sees something interesting and once captured, it stays and stays.  This particular oddity of mine isn’t limited to food, but because food is what I think of most, I can guarantee my mind is full of ideas just waiting for an opportunity to try.

Let’s take branzino for example.  I know.  I’d never heard of it before, but probably read about it in Saveur or something.  I love those experiences.  I read about something new and my curiosity is piqued.  Sometimes, that’s enough I think, realizing that in one lifetime, I can’t possibly fit every whim or fancy into reality.  I tell myself some things are best left for whimsy.

But I’m caught off guard occasionally.  Frequently would be more accurate, but who’s keeping score?  This past winter as I shopped for holiday menu ingredients, I spotted fresh, whole Branzino resting on a bed of ice behind the glass case at the market and without hesitation asked the clerk for two.  As I was waiting, a couple eased forward, looking at the Branzino as well, and I heard them talking about it in hushed tones, sharing memories of how it had been prepared and how much they enjoyed it.  When the clerk asked them about their selection, they responded with a request to have it “dressed.”

I, on the other hand, just wanted the whole fish — or two.  This means I left the store with the entire fish — guts and all and not a clue what to do with it.

For what it’s worth, I think the very best things in life come from experiences that haven’t been planned.  That’s a good lesson for me — someone who plans to the nth degree.  Obsessively.

Have you ever gutted a fish?  I hadn’t until this particular time, and I’ll spare you the details of my experience simply because I chose not to put my fishy hands on my camera, but am happy to say I pulled it off famously.

This is an extremely simple and classic preparation of Branzino which is also known as European Seabass.  If you’re someone who enjoys a light, tender piece of fish and likes to experiment a bit with ingredients, then this recipe is for you. 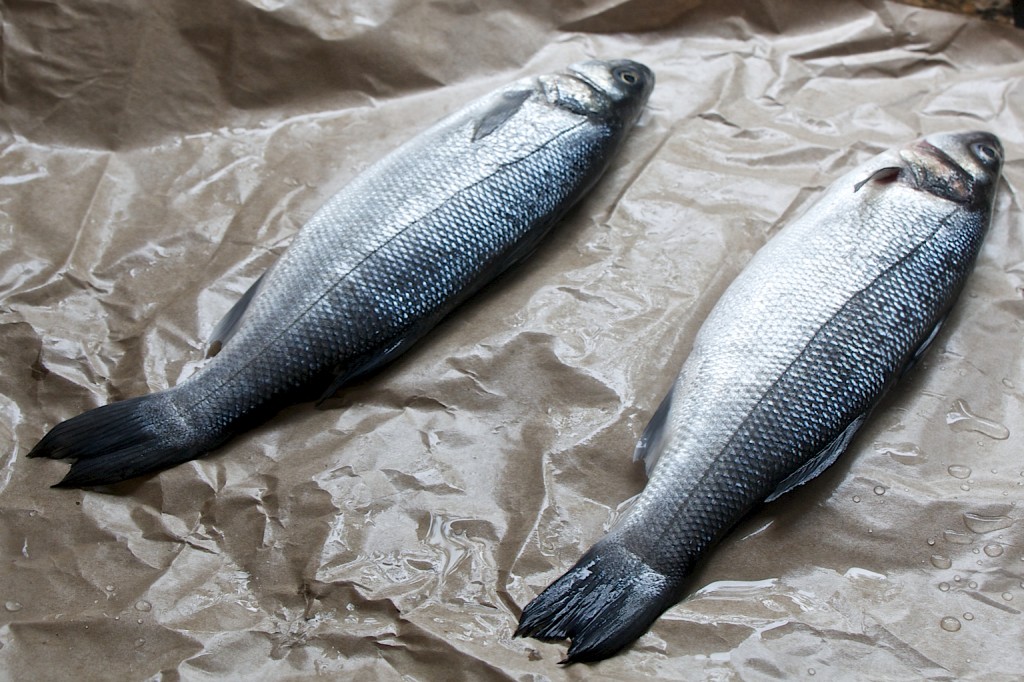 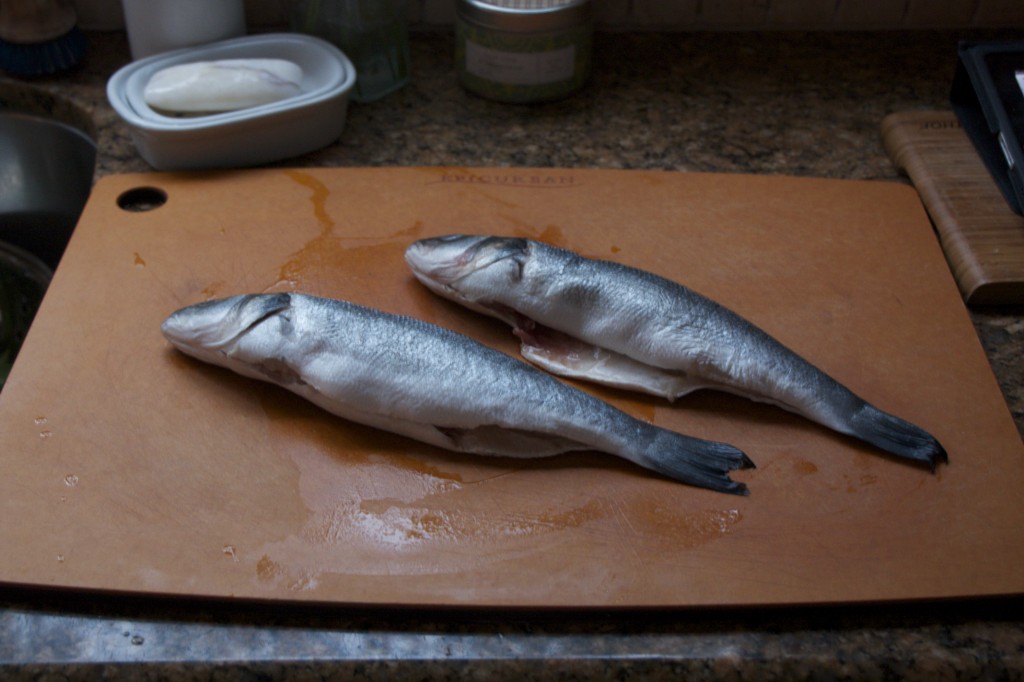 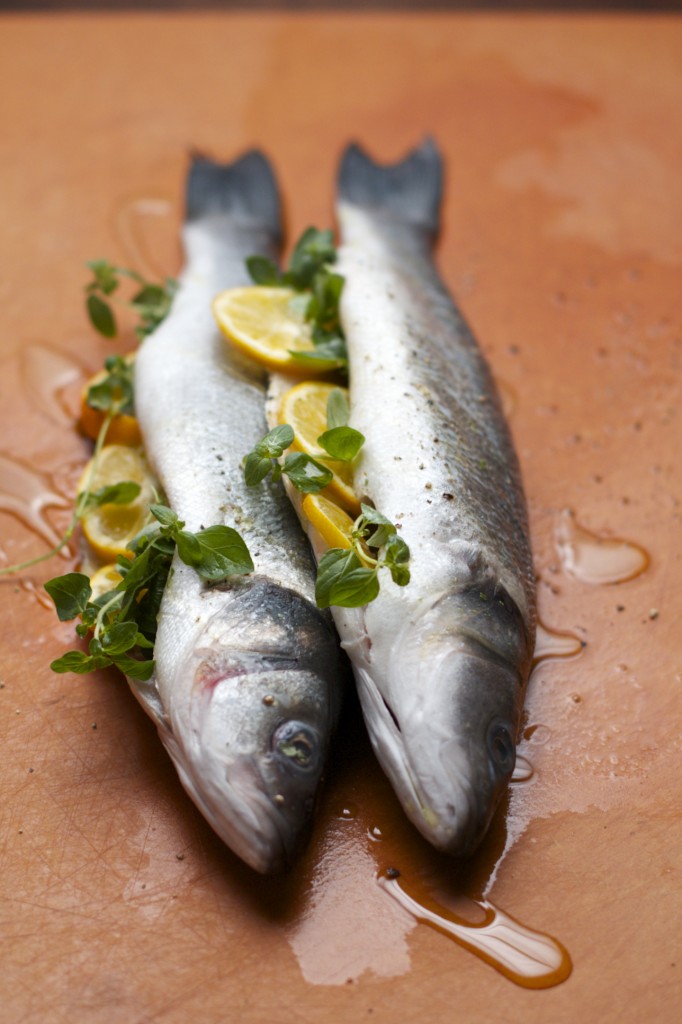 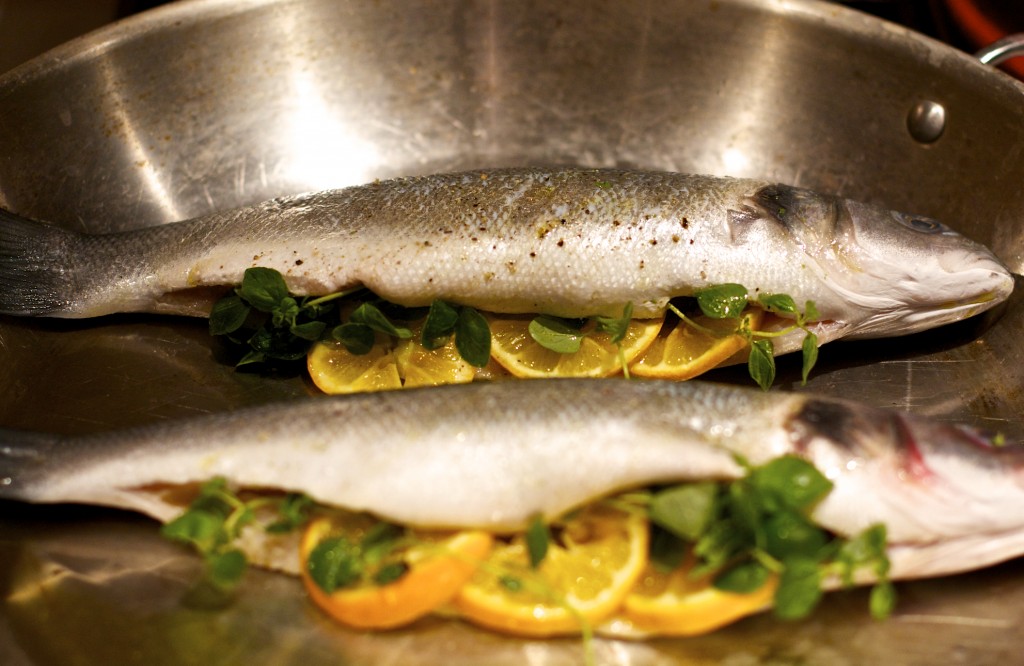 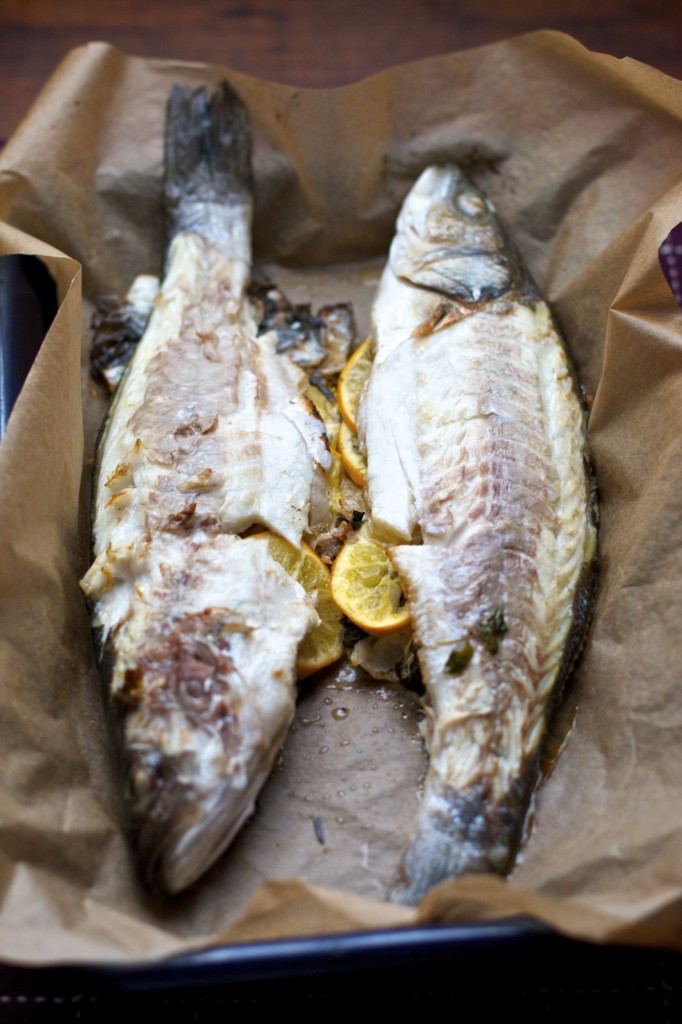 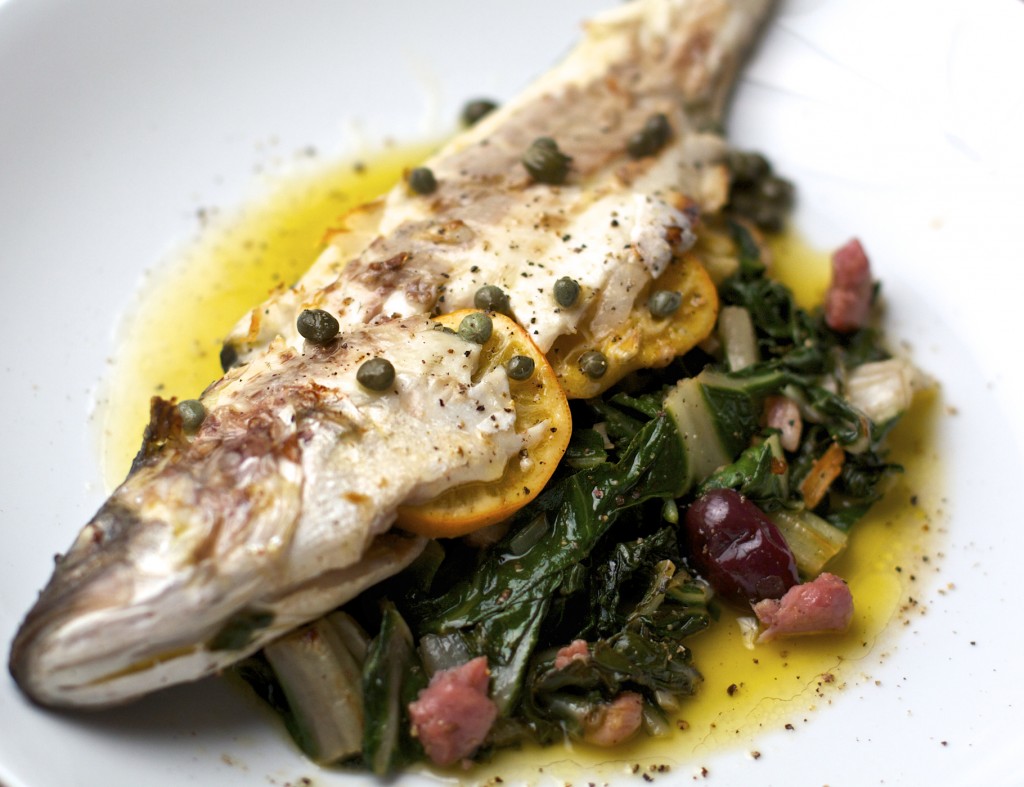 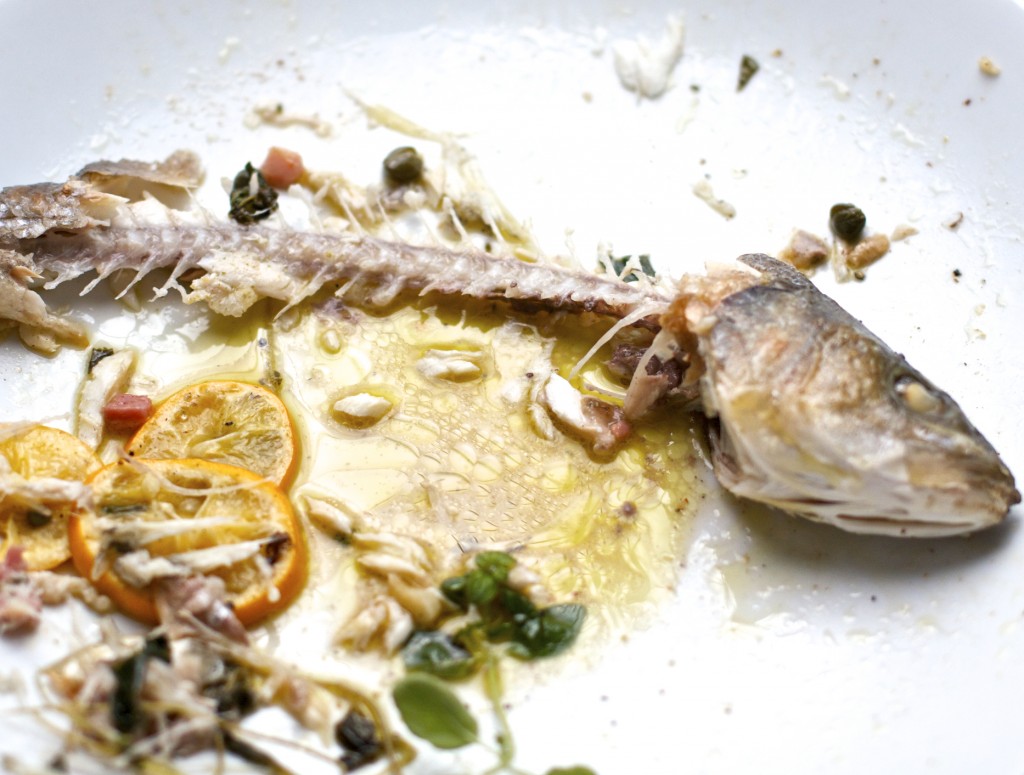 Resources for Roasted Branzino from around the web: