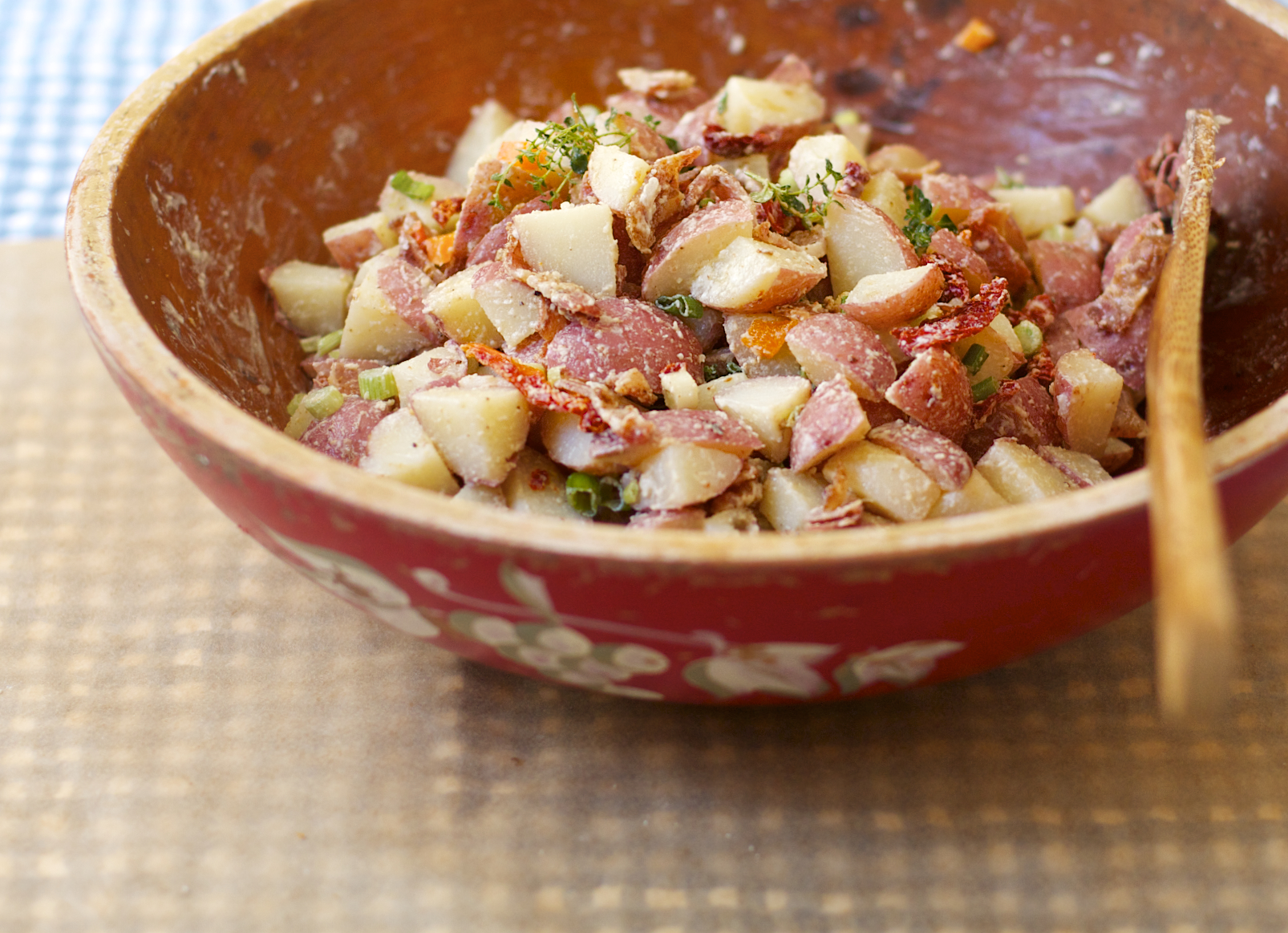 I grew up loving my mother’s potato salad.  It was a simple mixture of boiled and peeled russet potatoes she cut into cubes then added chopped onion, celery, hard boiled eggs, and pickles.  The dressing wasn’t fancy — a generous dollop of mayonnaise mixed with enough juice from the pickle jar to make it tangy and tasty.  I’m thinking garlic salt was involved.  Me?

I don’t have a go to potato salad recipe because I’m more of a green salad lover.  But when the hubster’s sister invited us to spend a day at the beach with her this summer while they were camping there, I thought potato salad was in order.

I knew they wouldn’t have refrigeration, so needed to make something that wouldn’t spoil.  And then there was the consideration of continuing to make dishes that I could cut out as many bad calories as possible.  Is that possible when the main ingredient is potato?  Something easy, fresh, and with a bit of a tang.  Not quite German potato salad, but trying hard to get there.

If you need a salad for a weekend get together, then give Potato Salad with Bacon and Buttermilk Dressing a try.  Putting your own spin on it is always a good thing. 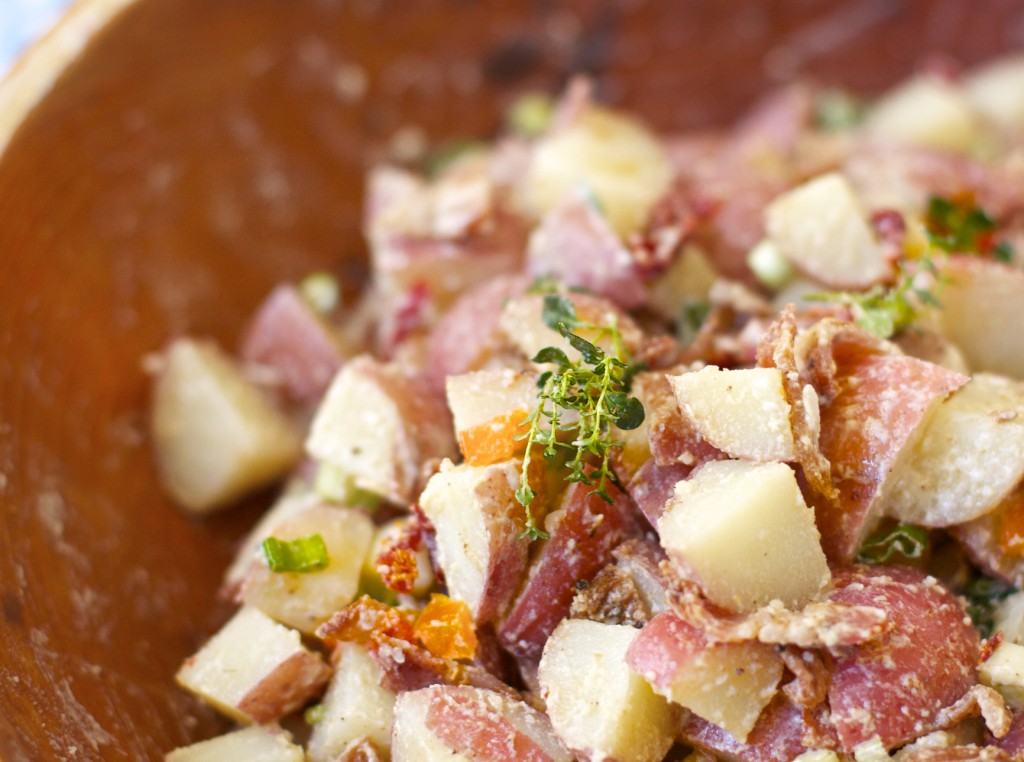 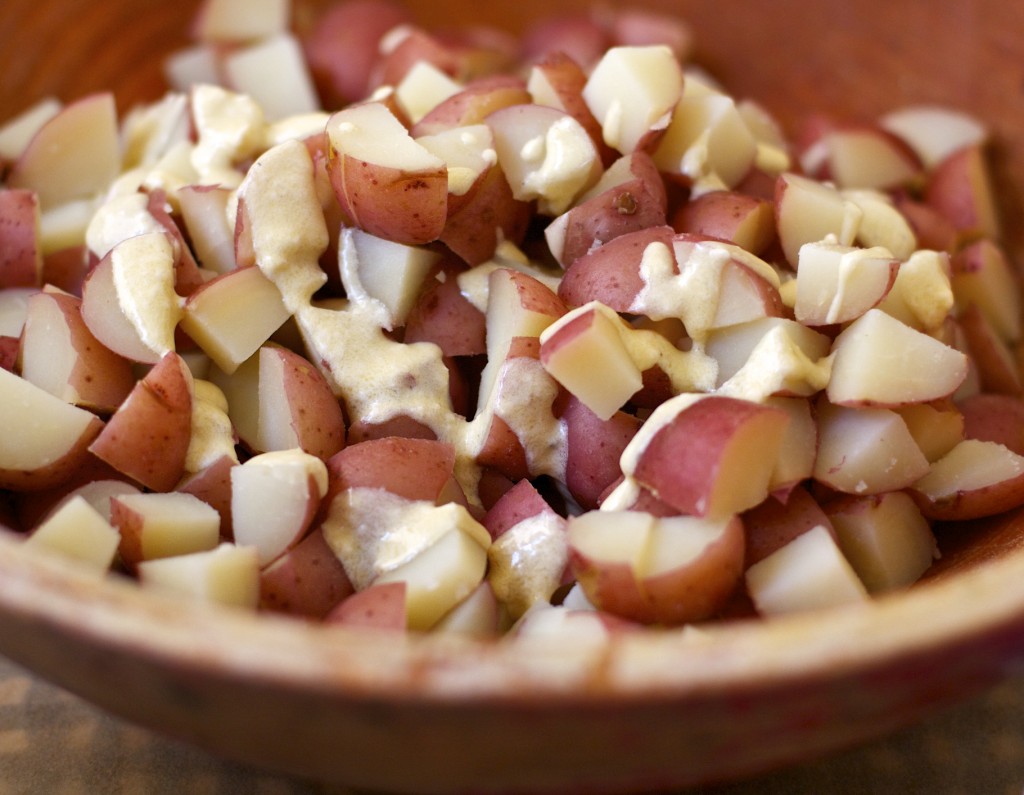 More Potato Salad Recipes from Around the Web