I made it back from my trip to the East Coast safe and sound and will share my experience after it settles and I’ve had time to savor it all.   In the meantime, I have many recipes to share and ideas for more.  I guess there’s nothing quite like time away to clear my mind and realize again that inspiration lies in unexpected places.  I need time to process that as well which makes me envious of those of you who can seize an idea in no time and move to the next while I’m still mulling over the inkling of my first.  It’s a good thing I enjoy process, I suppose.  What is it they say about the sum of parts being greater than the whole?

That would be me.

Speaking of parts, today a book caught my eye that comes as close to my philosophy about food as I’ve seen.  It’s called Culinary Intelligence:  The Art of Eating Healthy and Really Well.  And no, this isn’t a review, because I haven’t read it yet.  But Barry Esterbrook’s review provides me enough information to agree that flavor above all else is what helped me lose weight earlier this year.  Good, fresh ingredients with excellent flavor always work for me.  Long after I’ve enjoyed something tasty, I think about it and realize the satisfaction of a good meal without having to ingest portions well beyond what someone of my age and size should — or anyone for that matter — is perfect.  Cost comes up in this matter, and it should.  My family roots are meager at best, and so the cost of anything will never be taken lightly.  But I’ve learned that when something is just right, when it satisfies without over indulgence, the memory lingers without having to deal with a full stomach.

It sounds like I’m selling something and that isn’t the case.  I just love it when I find a perspective that makes me feel as if I’m not alone.  Doesn’t everyone?

With that in mind, this recipe for Spice-Rubbed Pork Shoulder with Radicchio and Balsamic Vinegar is so very good.  It’s not a challenge to prepare if you spend some time ahead to prepare the pork — but that’s the best kind of recipe.  Do a bit ahead of time for enjoyment later.

And if you’re not familiar with radicchio, then know that it has a lovely bitter taste to it.  I enjoy bitter “greens” quite a bit, but understand that others don’t.  I usually enjoy radicchio in salads — it adds a different flavor and color.  But if you’re not sure, then use red cabbage instead.  The flavor will not disappoint. 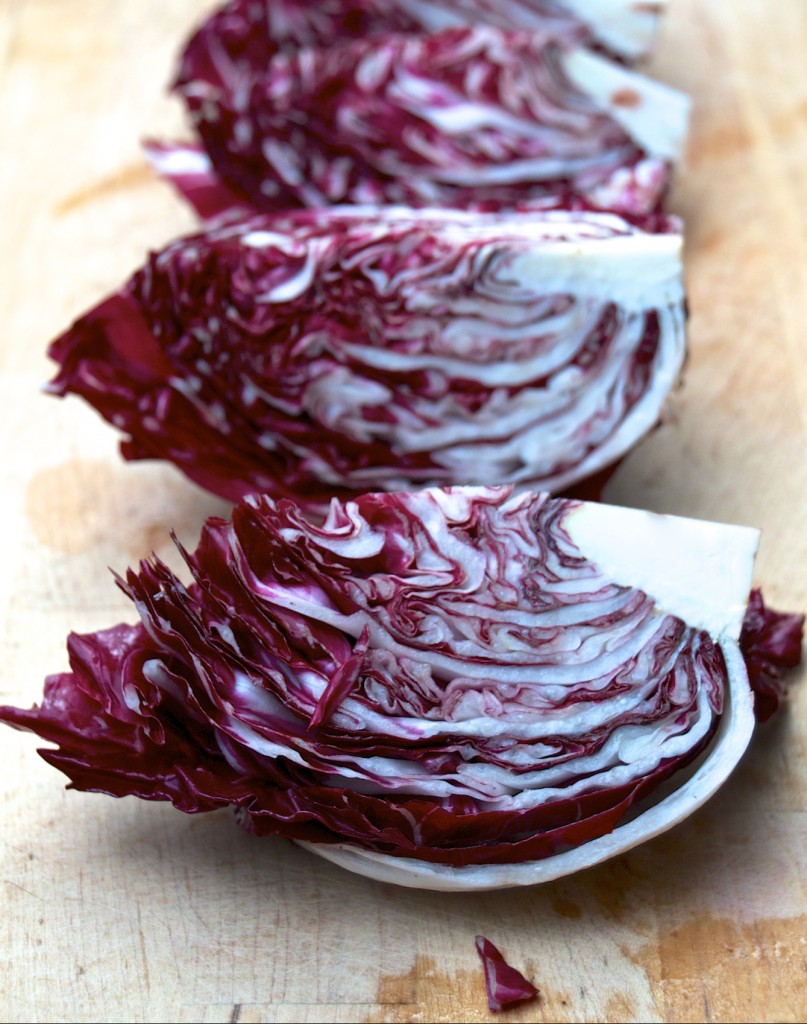 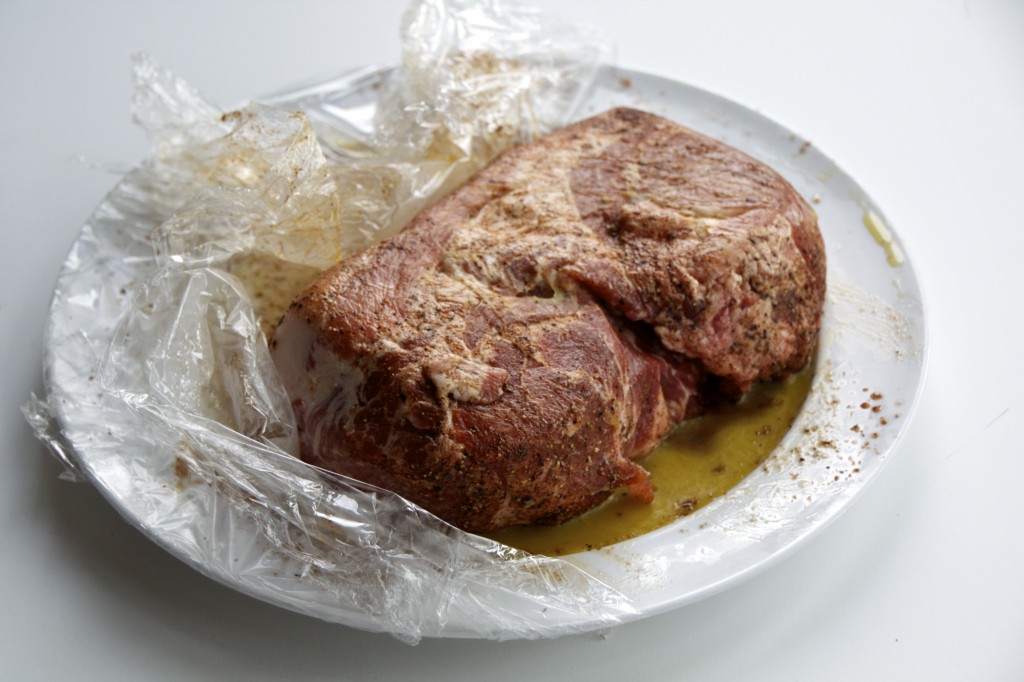 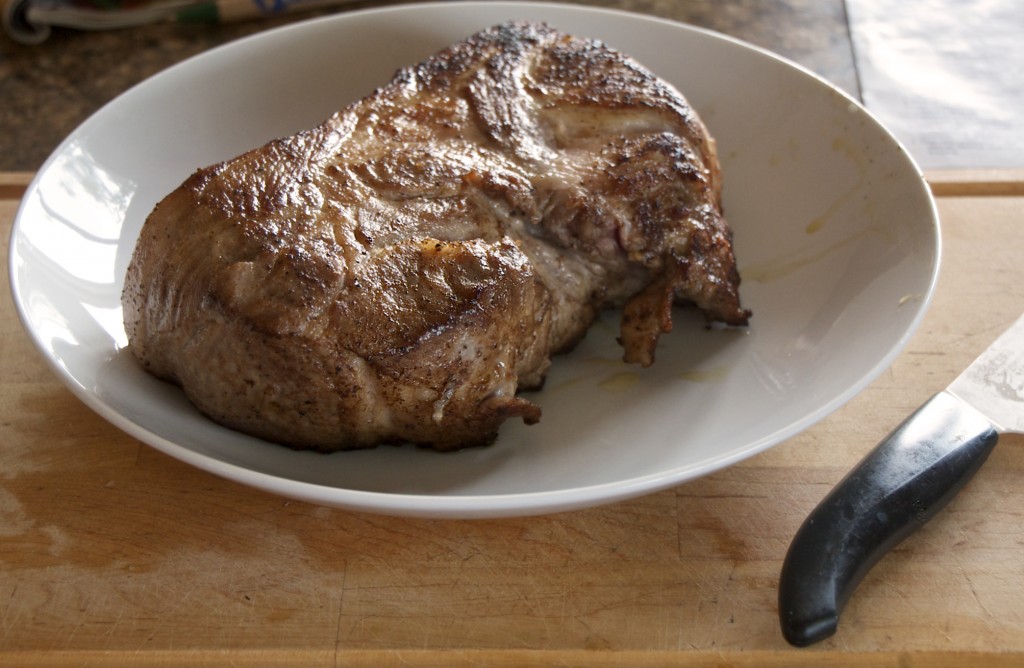 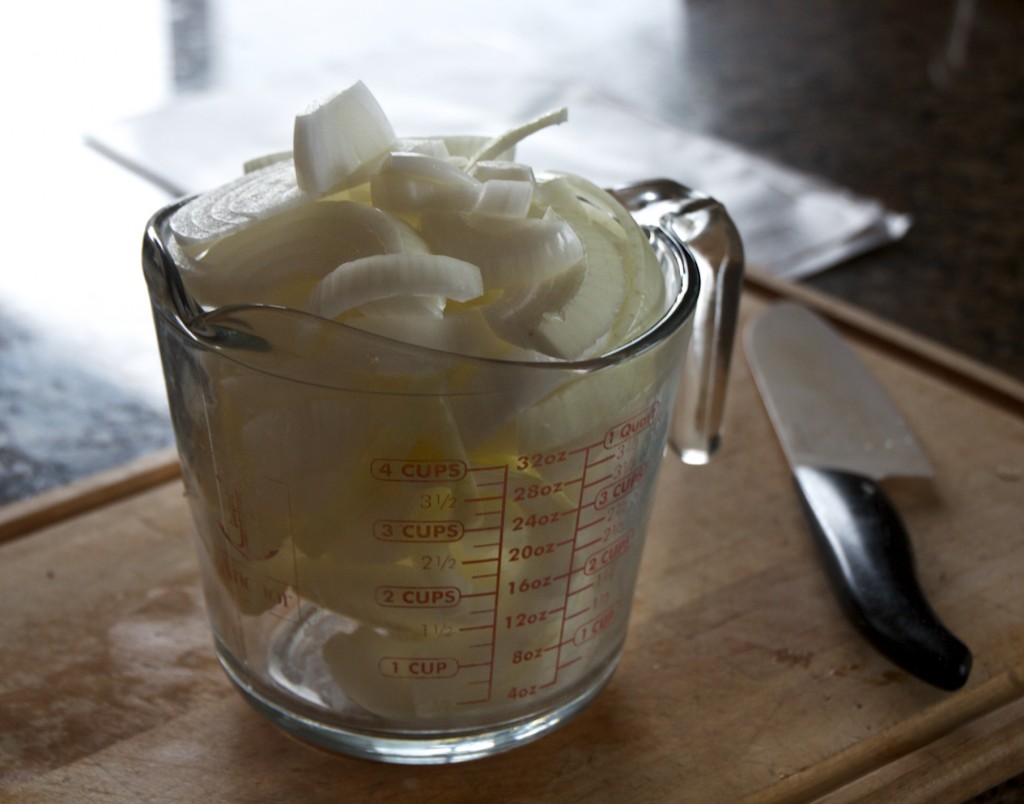 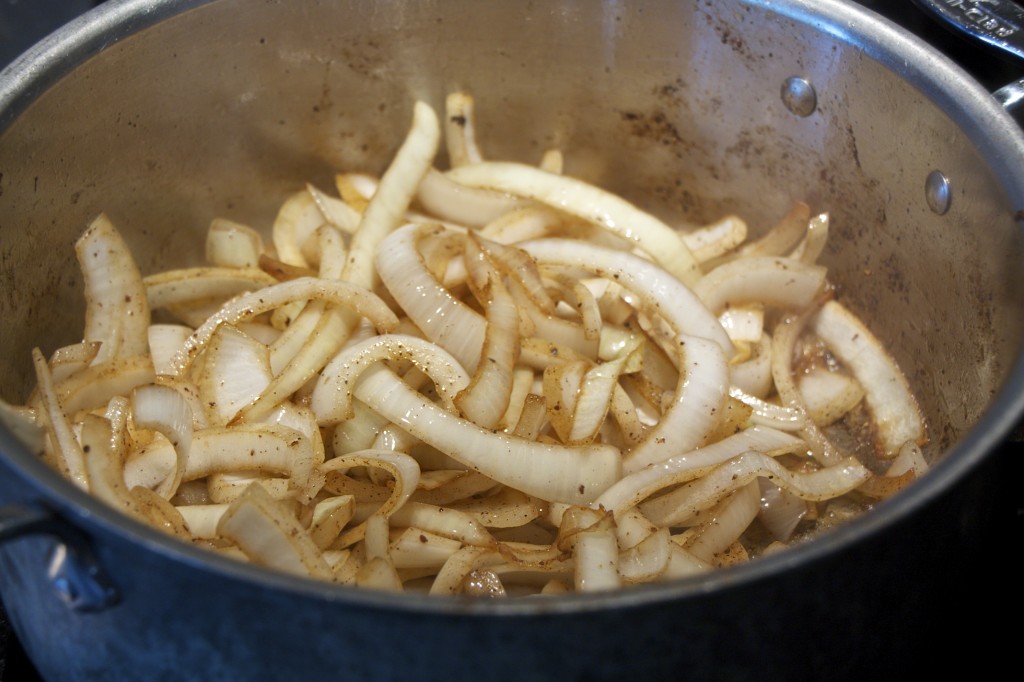 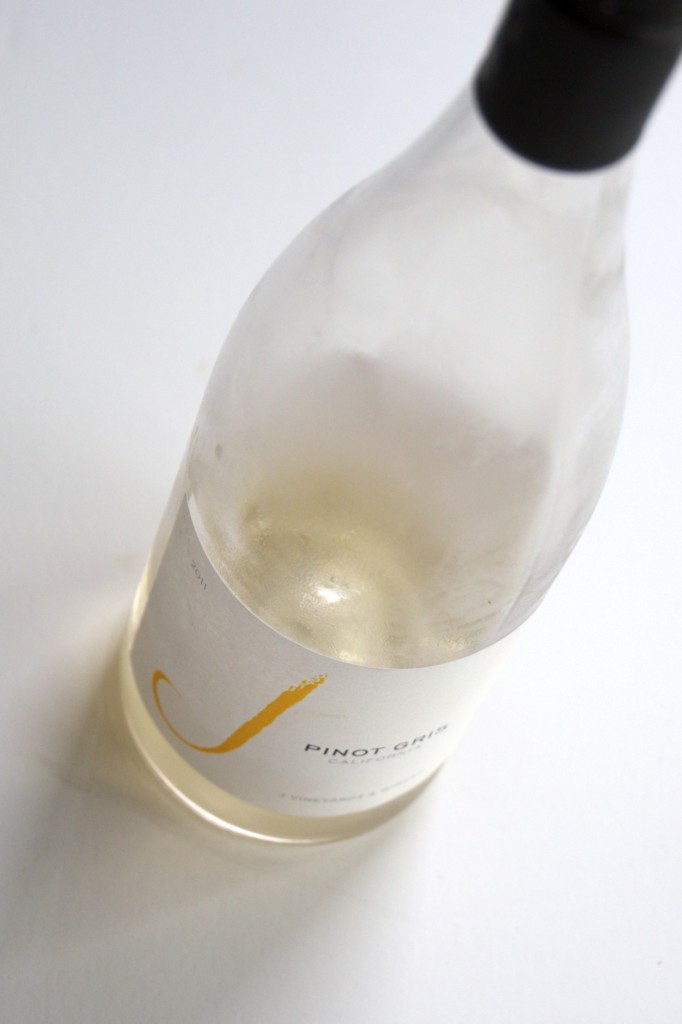 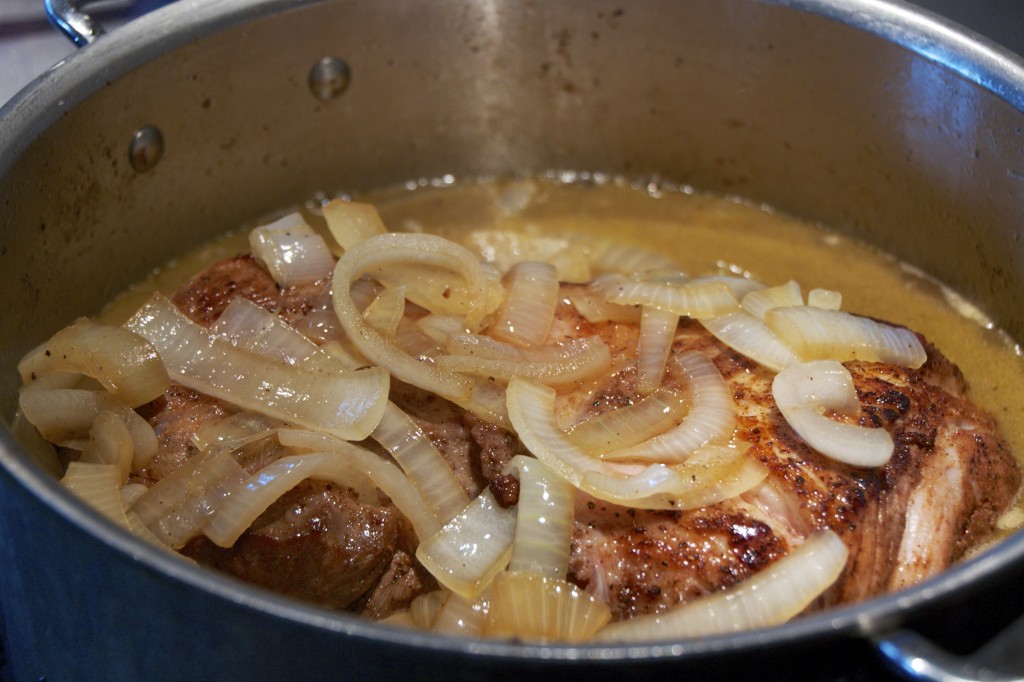 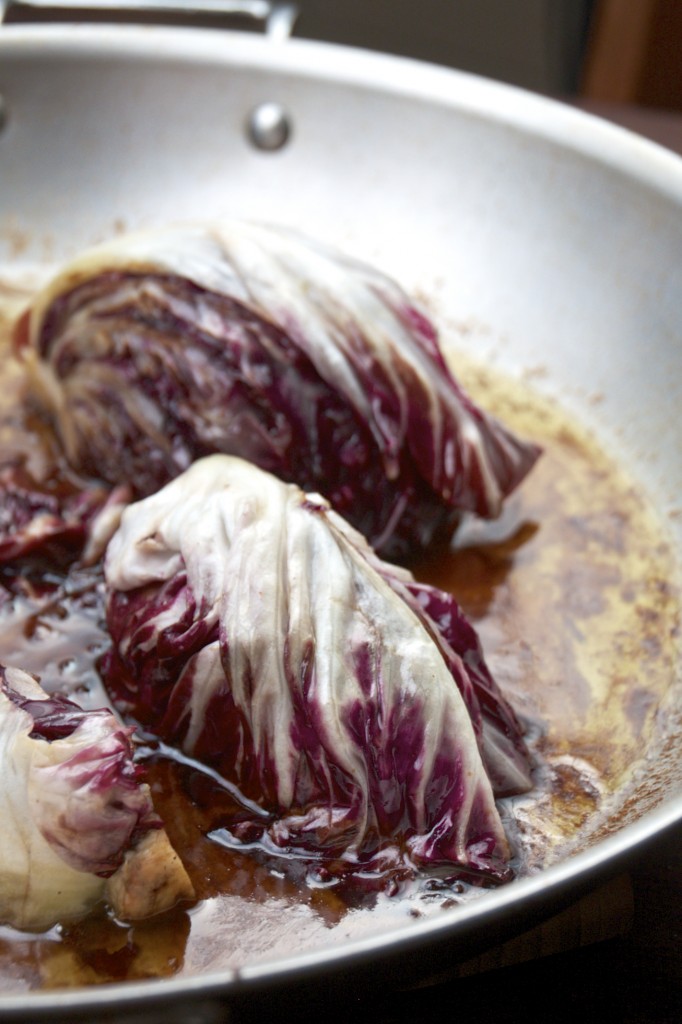 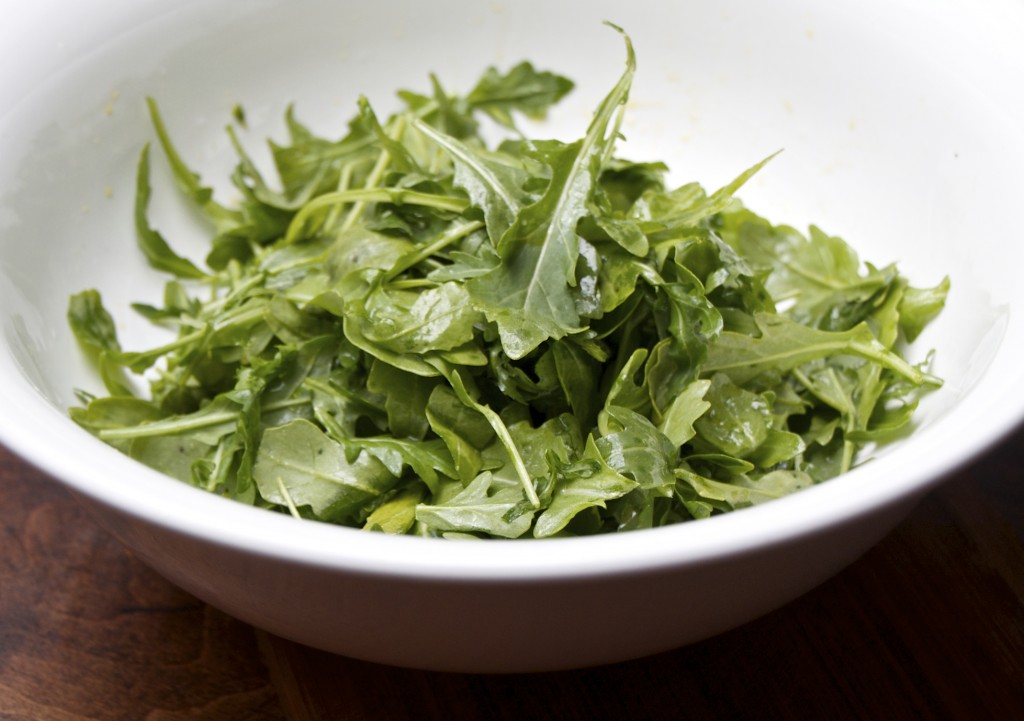 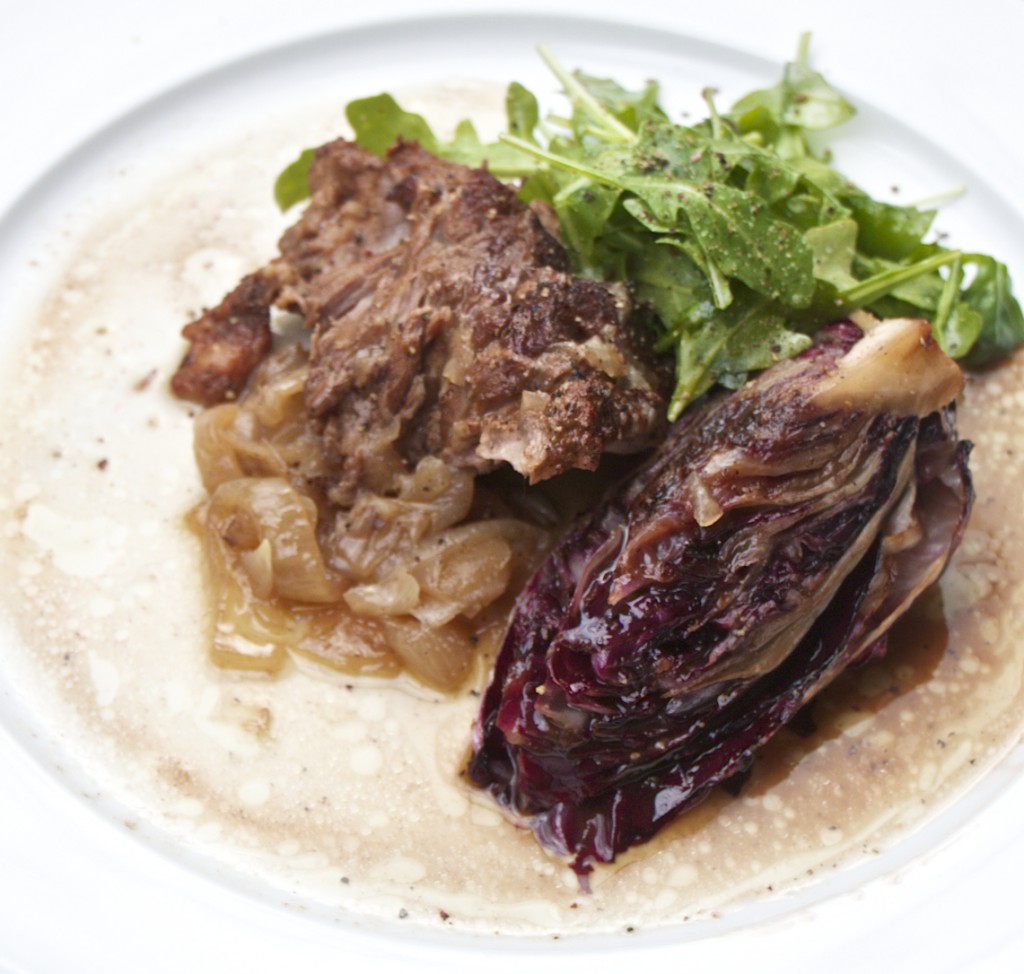