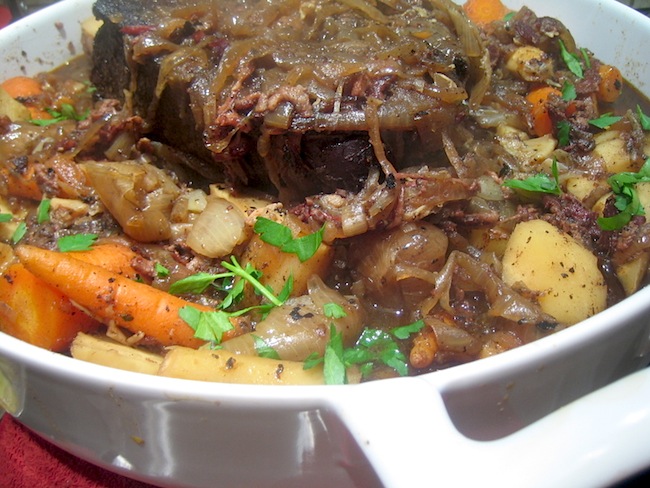 With four men type folk in my life, I can guarantee that what is lovingly referred to around here as “roast beast” will be on the Sunday dinner menu from time to time.  They like it whether it’s a rump or a chuck, braised or roasted, on a spit or formed into a roulade and stuffed with sauteed mushrooms and garlic, or spinach.  Period.

My mother taught me how to make a chuck roast sometime around the 7th grade, and it was the same each time I made it even though it’s not on any family recipe card that I’ve ever seen: season some all purpose flour with salt and pepper, and coat the roast on all sides. Put a spoonful of bacon fat into the pot, heat it up and then brown the roast on all sides.  Pour some water into the pot, covering the meat and simmer after bringing it to a boil.  About 30 minutes before serving time, add to the pot chunks of peeled and quartered russet potatoes, a few carrots, and a few stalks of celery.  Correct the seasonings, put the lid back on the pot and cook until a fork inserted into the potatoes and carrots goes smoothly.

It’s been quite a while since I’ve made a roast beef quite like that, but it got dinner on the table and no one complained.

Now, roast beef is more something I’ve seen in one of my magazines, or in a cookbook I’m thumbing through while looking for the perfect recipe.  I haven’t found it yet, so I keep searching and experimenting, entertaining myself while feeding the guys something they enjoy.

Last Sunday, the recipe for “Pot Roast with Winter Root Vegetables” in this February’s issue of Bon Appetit caught my eye because I was planning a gluten-free dinner for my oldest son who just turned 29 and has been recently diagnosed with Celiac’s Disease.  The recipe excludes any flour thickener, instead calling for a rub containing sweet paprika and brown sugar among other spices.  It also called for celery root instead of celery, which I wanted to try, and quite a bit of fresh garlic, which is always high on my list.  The pot roast was quite tasty, creating a very rich sauce due to the heavy browning which I made sure to scrape up as the red wine went in.
Speaking of the red wine, I used a Twin Fin California Merlot.  The “fins” referred to are on the back of a vintage car and if you knew my son, you’d understand.  The celery root was delicious.  The flavor of celery is pronounced but without the sometimes soggy, stringy texture of regular celery.  Since I didn’t see too many pieces left on the guys’ plates, they must have liked it, too.  Not bad for such an ugly little root!

I served the roast with a simple green salad of mache and a spicy green mix, some tomatoes and ricotta salata tossed with a light lemon vinaigrette.  Lovely “Smashed Potatoes,” courtesy of 101 Cookbooks were enjoyed by all, very easy to make and a nice change from the more traditional mashed or boiled potatoes.  I also decided to try the “Carmelized Green Beans” from Saveur Issue #109 (and if you haven’t read it yet, oh my goodness, it’s all about butter…), which I made with Plugra instead of the Lescure Beurre des Charentes suggested in the recipe.  As much as I though I’d enjoy this recipe, it was disappointing.  I don’t know how anything can go wrong with good butter, but we’ve gotten used to eating green beans that are quickly parboiled, and then roasted or sauteed.  We like the crispness of them, and missed that in this recipe as the cookbook author said we might. 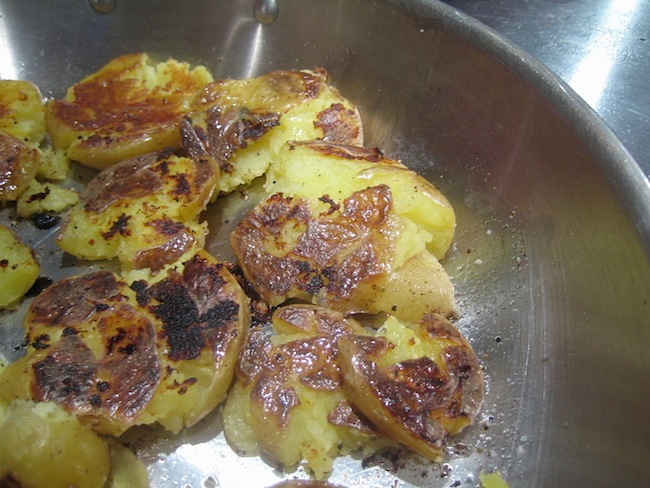 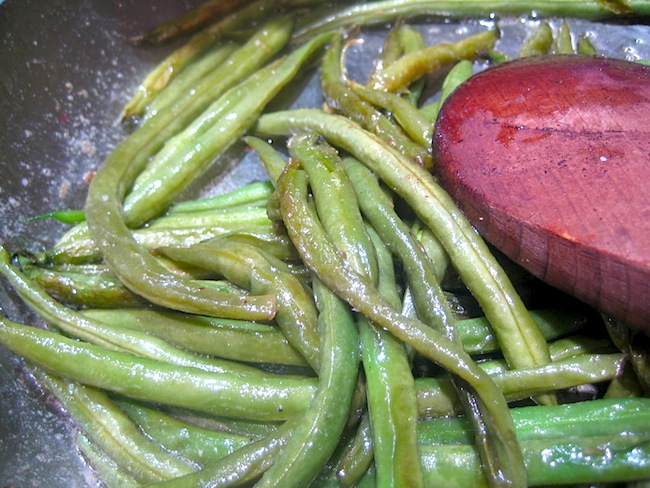 Last, but not least, I made the birthday boy a flourless chocolate cake courtesy of the Gluten-Free Goddess which was totally excellent.  I would have loved to taste it again the next day as it is supposed to be even more delicious after sitting overnight, but I packed up the leftovers to send home with the birthday boy.  *sigh*  (Hopefully, it isn’t in the back seat of his car under his laundry.)  Although I’ve made dense chocolate cakes before, most have had flour added.  This recipe comes together perfectly, and puffs up quite nicely.  Like I said — excellent! 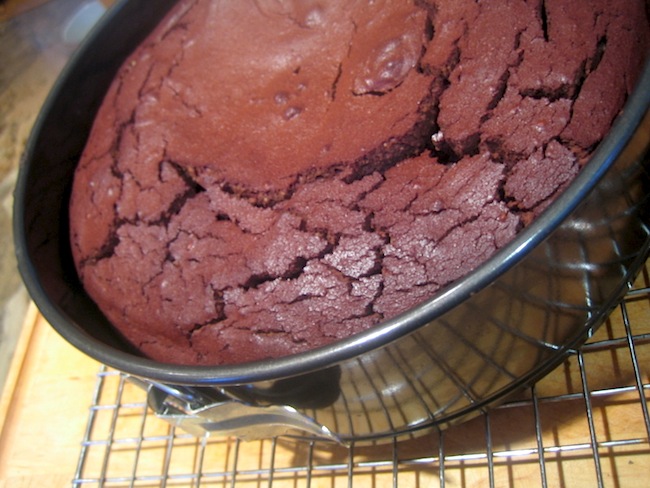 In retrospect, it was a great evening having all my guys around the table for a change, just like we managed at least four times a week when they were growing up.  Plus, the food was delicious, hopefully helping the birthday boy realize that having Celiac’s will take some responsibility on his part, but by no means condemn him to a life of food he won’t enjoy. 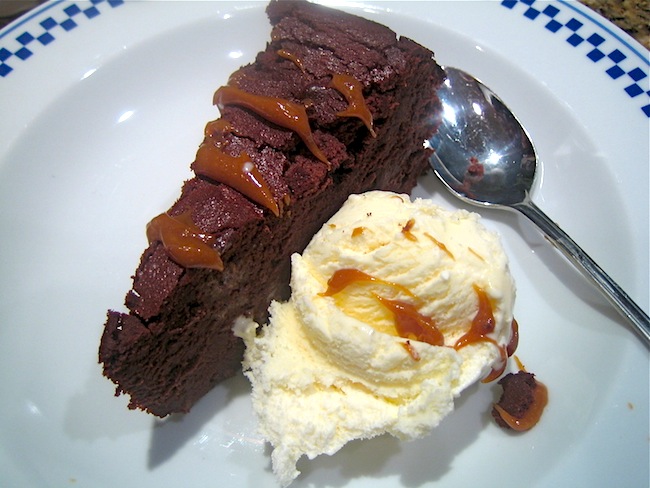 Pigs will fly first, of course.