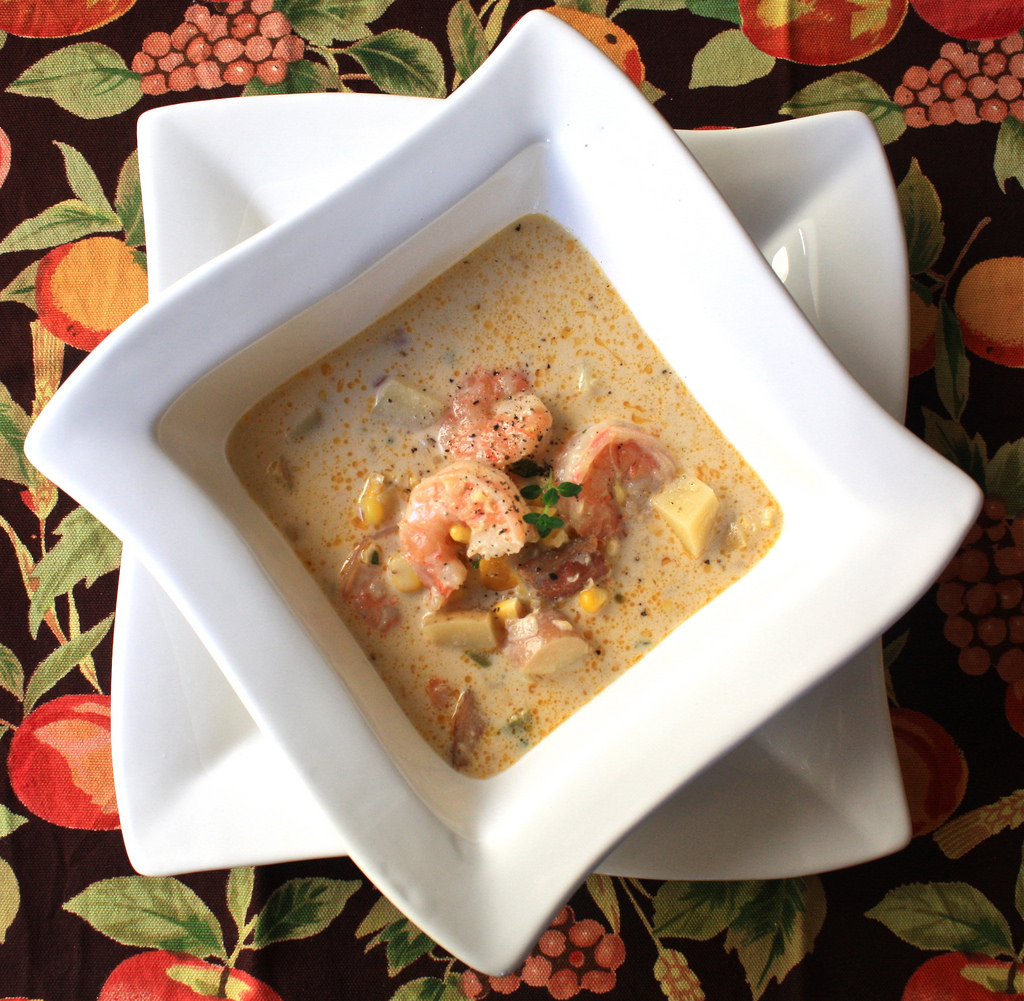 It’s only a matter of time once the hint of Fall teases me with cool afternoons that I start thinking of soup.  I’m not partial to any kind of soup in particular as long as it’s warm and satisfying.  Sometimes I long for a clear broth and others something silky and smooth.  This time, I was in the mood for something chunky with a bit of richness–like clam chowder. Alas, I didn’t have clams. Seafood chowder sounded excellent too, but I wasn’t sure the tilapia I had in the freezer would be the right kind of fish for that.  No, I’d have to settle for the plump pieces of shrimp I had and the sweet corn and potatoes that needed to be used instead.  I just needed to find  a recipe that wouldn’t take up an  afternoon to prepare.

I enjoy my recipe searches because in the process I compare and contrast general quantities of ingredients, consider the variety of spices used and admire an unusual spin here and there.  It’s always nice to find a version that is healthy without taking away the satisfying aspect of the dish, too.   Every once in a while, I find a recipe that stuns me.  In my search for Shrimp and Corn Chowder, I found a recipe that seems to be making its rounds, finding it posted at several different sites.  Serving six, it calls for one quart of half-and-half, one quart of heavy cream, and one-half cup of margerine. Seriously.  I just about fell out of my chair wondering why on Earth it was necessary to put that much fat into a recipe that could easily do with much lighter ingredients and avoid classifying it as diet food.

Thankfully, I found a great recipe at Nook & Pantry, and although I didn’t follow it exactly as written, my version is not too far off.  Shrimp & Corn Chowder anyone?