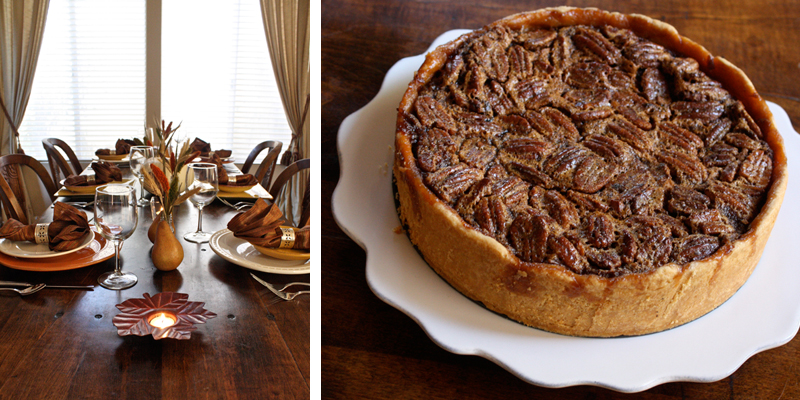 I was supposed to have made cannoli for our November Daring Baker’s challenge, but haven’t quite gotten around to it.  Instead, I’ve spent the past several days readying our house for Thanksgiving, making last minute recipe choices, and going over the prep with my husband who has to be the best person to have around when it comes to cooking on big occasions.  He chopped and sliced all Wednesday evening while I made pies — one of which turned out wonderfully, and the other, not so much. It was a recipe I’ve enjoyed before, with pastry that always comes out perfectly flaky.  Unfortunately, this time it didn’t and I haven’t quite figured out why.  Was it the pastry flour I used instead of all-purpose even though the recipe suggests that either is fine?  Perhaps it was the European butter with its higher fat content.  Can there be too much fat in pie pastry?  Actually, I’d say it was most likely my fault making a whole batch in my not-quite-big-enough Cuisinart instead of the half batch I normally make.  Suffice it to say that at some point, the cold shortening chunks don’t quite make for a flaky crust; they cause it to drip from the edge of the pie dish when one attempts to blind-bake it, pooling in the pan, burning, and then smoking. 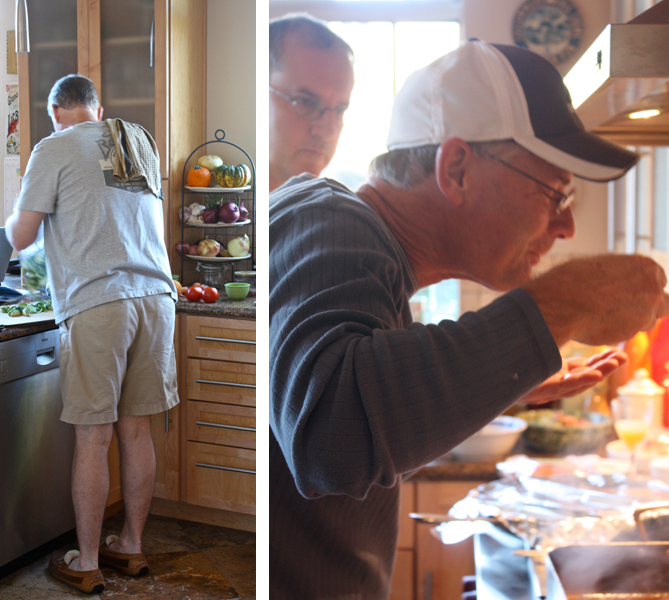 We tried a new brine recipe this year and decided it was the best of many over the past few years, but we didn’t arrive at this conclusion without a few moments of semi-panicked indecision after the turkey appeared to be done long before it was supposed to have been and sporting an alarmingly deep caramel color.  Was it the probe that never seems to be positioned correctly?  Or maybe the convection oven is just too efficient when we least want it to be.  No,  it was the brine which contained 48 oz. of both maple syrup and honey along with the required salt.  I’m certain it can never truly be Thanksgiving without some kitchen mishap, and when it’s all said and done, the day is a good one no matter what. 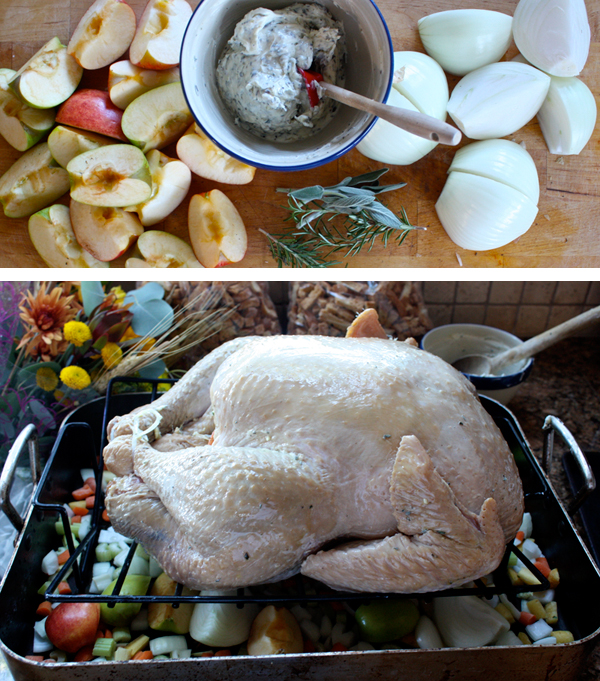 This year, our sweet doggo Jones missed the last step on her way downstairs first thing in the morning.  Her paw must have gotten tangled in the no-skid treads we’ve been placing on the stairs each night and collecting each morning for the past six months.  She went down pretty hard, and I did what I always do when she falls:  console her with gentle words and then hoist her large body to a standing position, making sure she’s sturdy before encouraging her to scoot out the door for her morning constitutional.  She seemed fine, eager for her Milkbone after coming in and settling in a sunny spot on the rug to enjoy it.

As the day progressed, busy as it always is with preparation for the holiday, Jones lay around like she often does,  right beneath our feet.  We’re used to it, so don’t mind stepping over her, but at some point, she just couldn’t get up any longer though.  The slippery floor kept her front legs from getting traction, and without them, her hind legs were more useless than they normally are.  It took two of us using slings to try and get her up and walking, but many efforts throughout the day made it clear that she wasn’t well.  Our holiday was what one should be, full of savory aromas, flavorful bites, good company, and laughter.  But this year, it was also tinged with melancholy. My husband, youngest son and I took Jones to the vet the next morning to listen to him tell us what we already knew — that he didn’t have any magic that might work.  The three of us stayed with her right until the end, stroking the soft head that never quite fit the size of her body, and crowding close to her face to let her know we were right where she always wanted us to be.

I’m thankful for the fourteen years she gave us even though she was never quite the average dog.  She couldn’t catch a frisbee or a ball if you threw one, but she was a fierce soccer goaley.  She didn’t like to be outside like other dogs, but mention “bone,” “go for a ride,” or “treat,” and you’d instantly have her attention.  She indulged our habit of changing her name every other week depending on what mood one of us was in, and learned each one, responding to it with a friendly thump of her tail whenever we said our hellos each day.