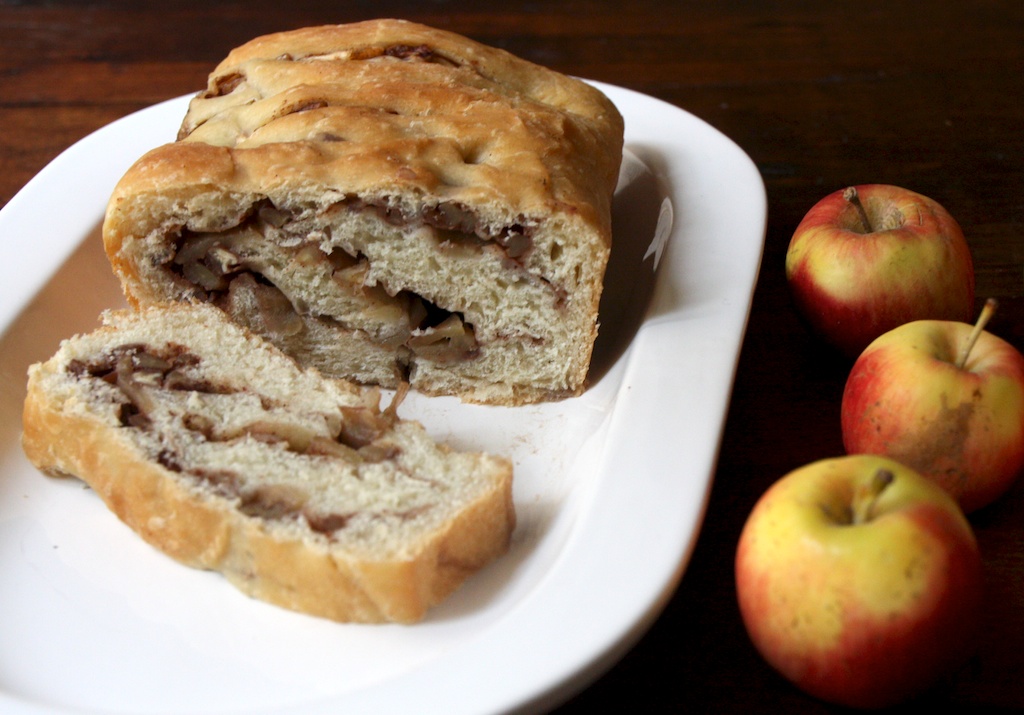 When you live in San Diego near the coast, it’s easy to have a hankering for a visit to a small, old-fashioned town at this time of year — one you might find on a drive through the mountains and tucked up against the peaks amongst a few pine trees.  In an hour’s time, it’s quite possible to fulfill that desire with a trip to Julian to shop for antiques, enjoy a hearty country meal, and take home a Julian Apple Pie.  Situated just outside the Cleveland National Forest at an elevation of nearly 5,ooo feet, it does snow there from time to time, so if you’re lucky and have chains for your tires, you can check a snow day off your list as well — or better yet — get snowed in so you can stay at one of the cozy B&Bs there.

On the way to Julian, if you blink, you’ll miss the tiny town of Santa Ysabel, but rarely does anyone miss Dudley’s Bakery which has been an institution there for nearly 50 years.  At one point in time, the only way anyone could enjoy their amazing selection of bread was to wait in a line on the weekend with all of the other city dwellers out on a weekend drive.  Now, their bread is available in a wide variety of locations across Southern California.  Lucky for me, our local Henry’s market sells it, and once in a blue moon, I’ll see my favorite Julian Apple Nut bread — a slightly sweet, rich brown boule of bread I love to toast and butter for breakfast.

With that in mind, I decided to make some apple nut bread and was surprised to find that unless I wanted a non-yeasted batter bread, it might not be all that easy.  I wanted chunks of apple, the nice crunch of nuts, and cinnamon, of course.  Something not all that different than a loaded cinnamon roll or even raisin bread  would be perfect — no glaze.

p.s.  I’m supposed to be posting Christmas cookies, but am left posting things I baked before my knee surgery.  With good luck, I’ll be in the kitchen soon, or coerce my husband to do it.  We’ll see! Enjoy warm if you can, but no one would need to twist my arm. 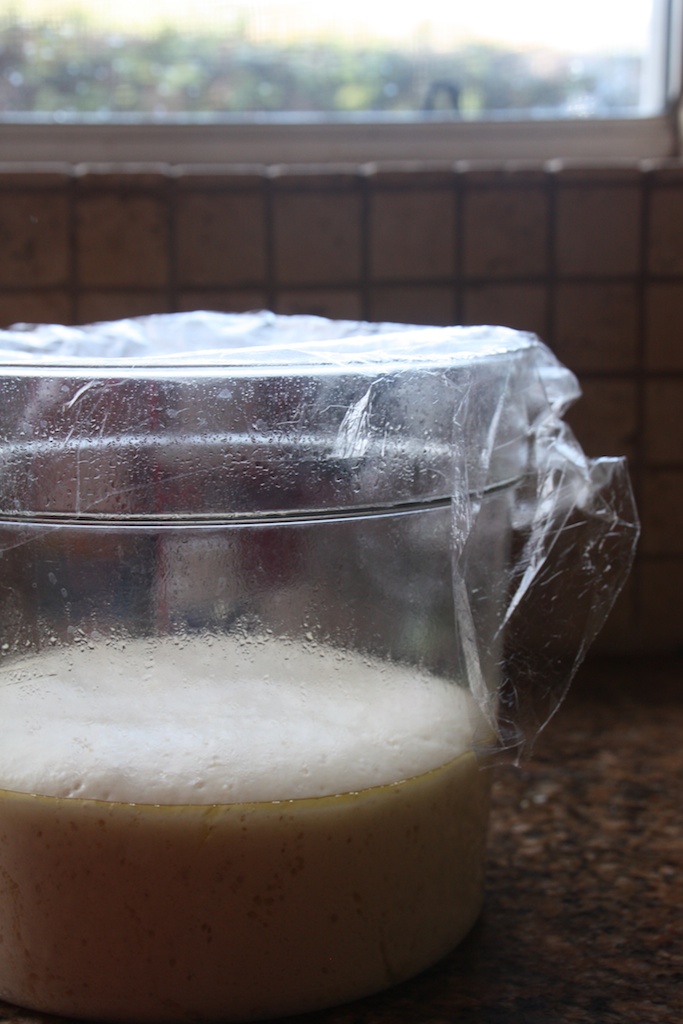 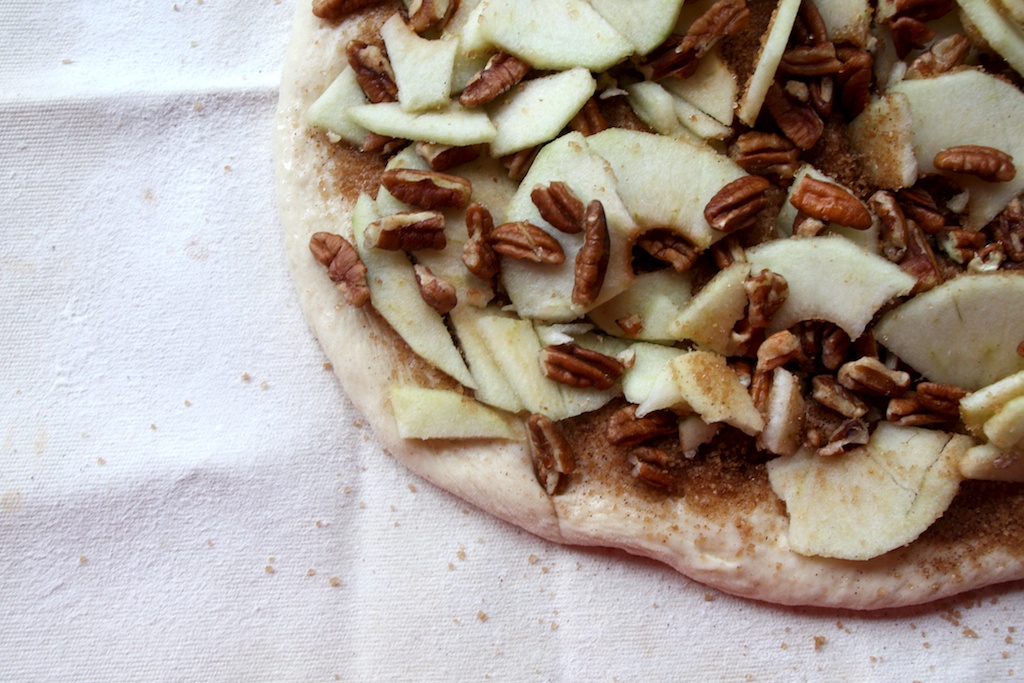 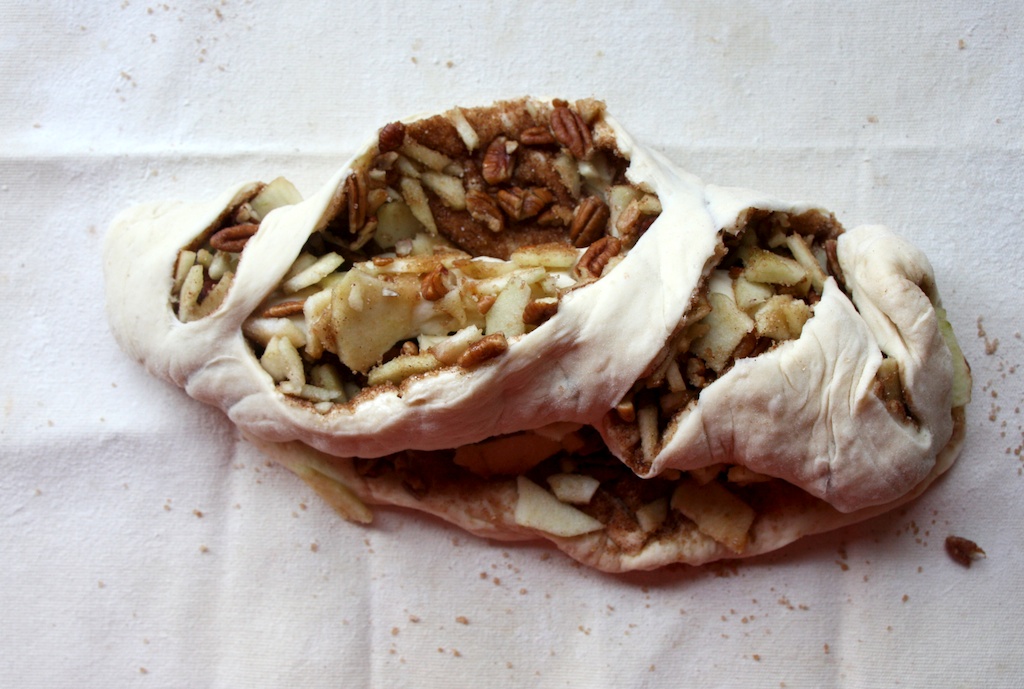 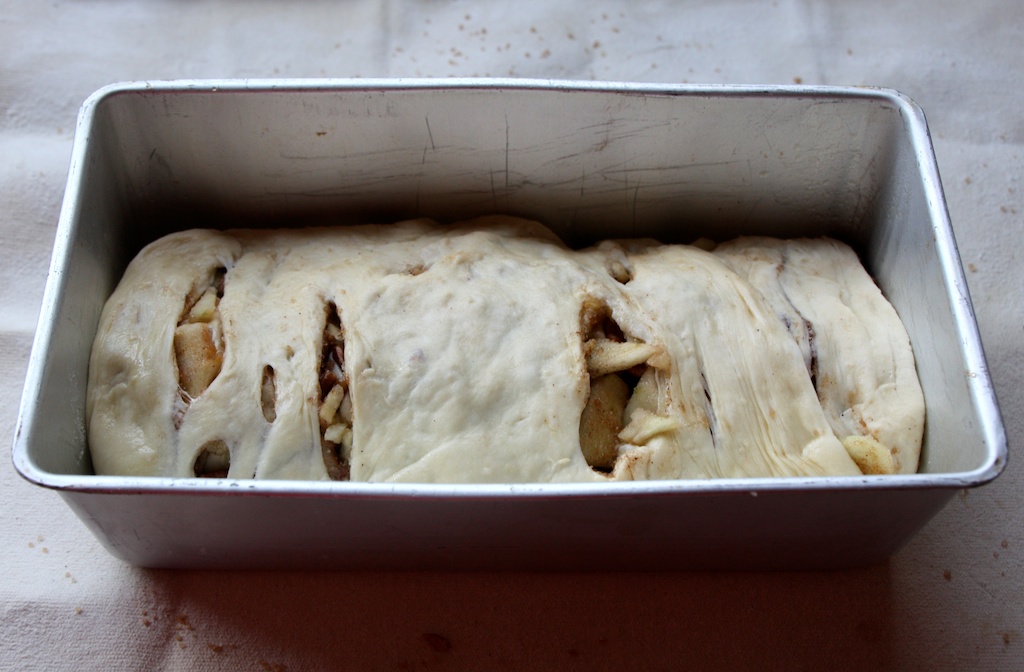 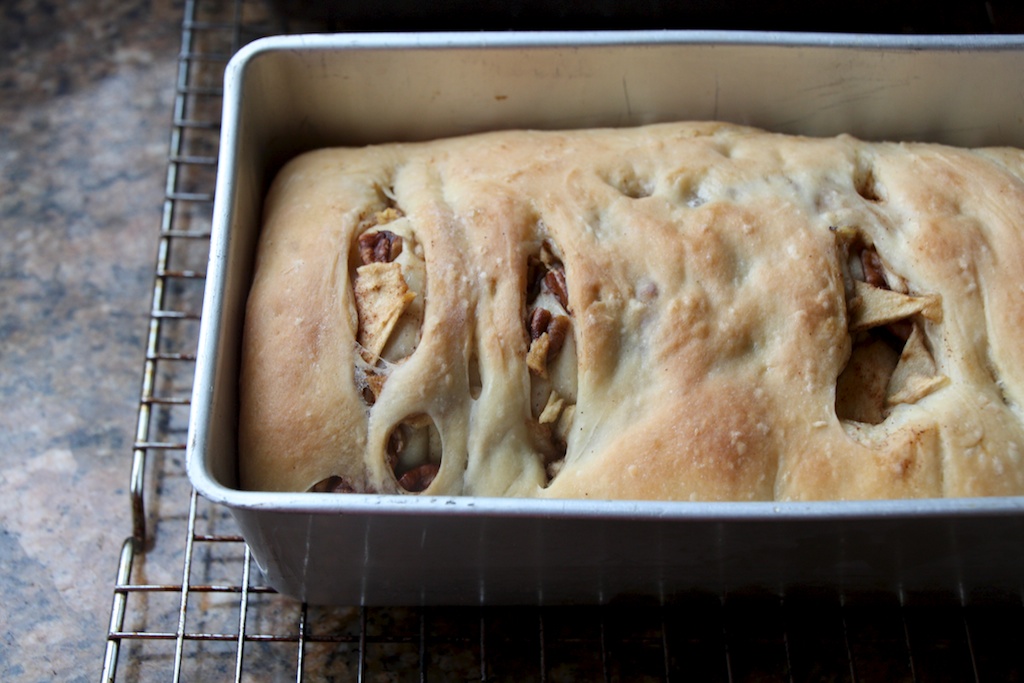 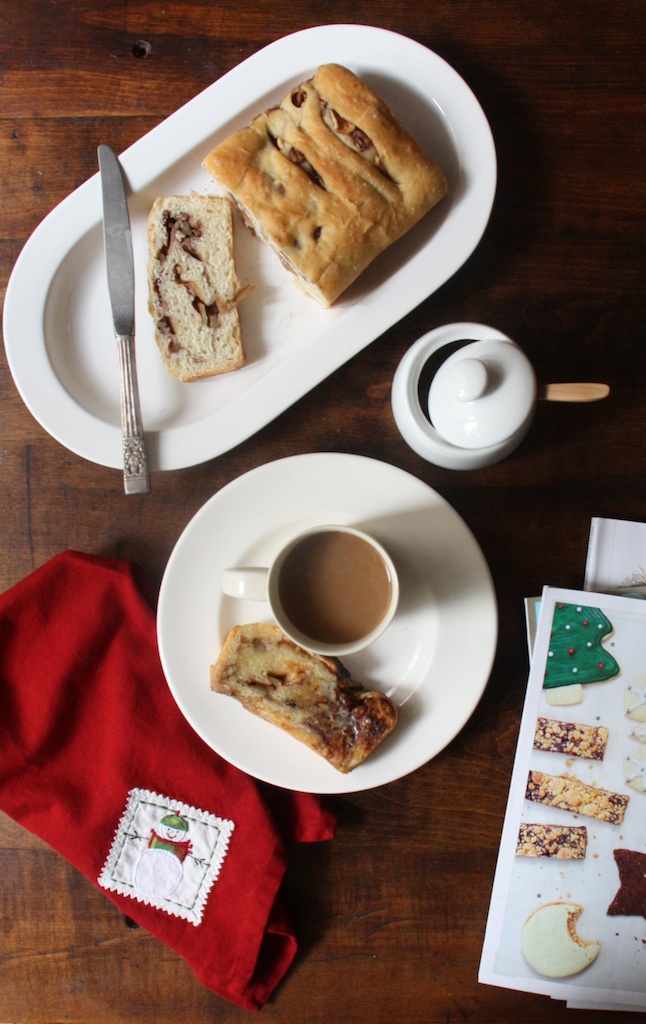 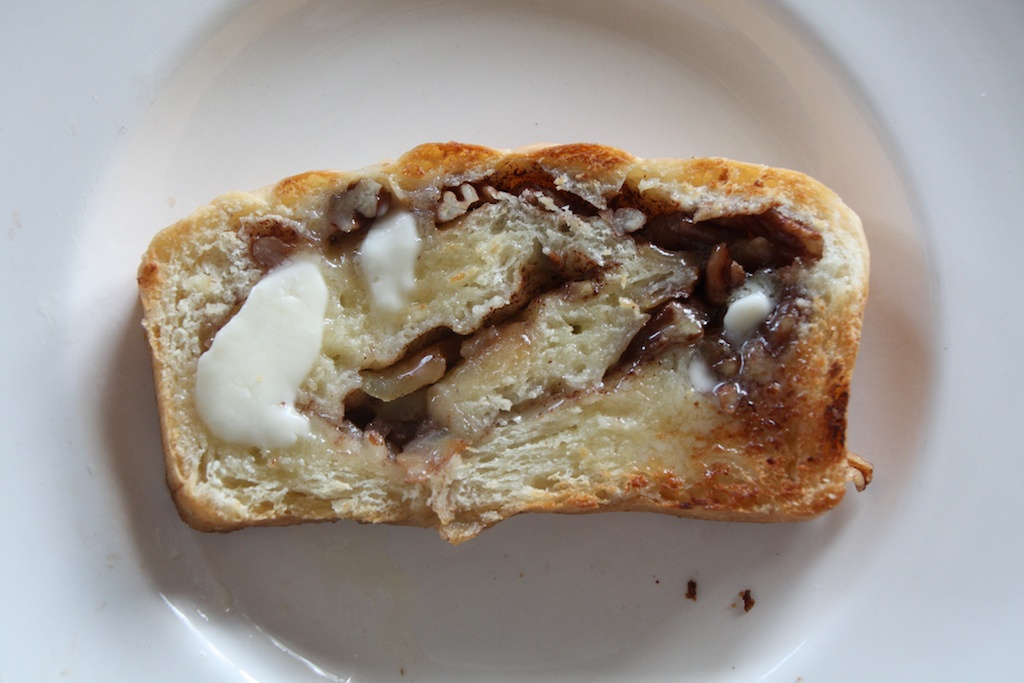