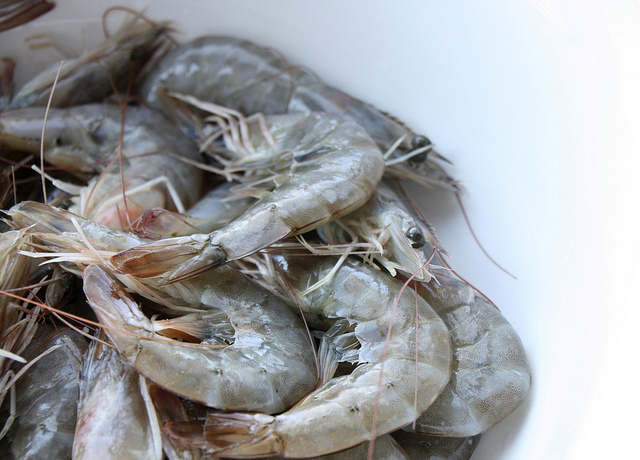 I had an urge to make paella — but not the more traditional kind made with rice — and now that I think of it, if rice isn’t in it, then it’s probably not called paella.  No, I’d seen a recipe featured in Saveur some time ago which used thin, short pieces of pasta resembling spaghetti broken to bits, and it’s taken me until recently to give it a go.  I haven’t made paella for years thinking that having a best friend who’s a pro at whipping out her four foot diameter authentic paella pan whenever anyone mentions “party” has kept me lazy.  I don’t have a paella pan, but can manage a batch in a large skillet on my stove instead of a wood fueled fire on the patio which could incite neighbors to call 911 because they think the house is on fire.

The intrigue of the pasta or fideos based paella is the cooking process.  It’s very similar to a rice-based recipe, but pasta absorbs the liquid more quickly, and there’s less a worry about whether or not to stir the rice you’re not supposed to stir so it can develop a nice crust.  That isn’t the case with the pasta version, but it’s a challenge to keep from stirring it when you’ve got an impetuous stirrer in residence.

A basic paella requires a good pan which is not so thick, heat that will be distributed evenly across the pan, a short-grained rice that will absorb liquid without making the rice gummy, and liquid.  The finished product should be moist, but unlike risotto, contain separate pieces of tender rice.  Since I was foregoing rice for the recipe I chose, and because the original recipe was relatively easy, I decided to make my own fish stock — because.

Picture me at the Asian market in front of the fish case scanning several varieties of fish heads.  Large fish heads.  Inexpensive fish heads —  all under $4/lb.  A perky young man behind the counter asks whether he can help me and I tell him while pointing to a white fish, “I’m making fish stock,” to which he responds pointing to the salmon, “It better for you.”  I know this, but also know it’s very oily.  Should I mention that no matter how good salmon is for me, I am not one of its biggest fans?  He continues, “You want me clean it up for you?”  And I say that I’m happy to do it myself, but he grins and says, “I do it better for you.  You too busy.”

I am so not busy and loving every second of it.  Any busyness in my life now is self-generated.

But he certainly was correct about doing it better than I could, because after I removed the brown paper wrapping at home, I had to admire an extremely clean,  perfectly sectioned salmon head.  What had I been thinking before?  Had I insisted on taking care of it myself, I would have had to wrestle with it without the correct type of knife, then smell like the village fish monger for my trouble.  A not very busy fish monger, but still.

I was still concerned about making broth with salmon so had to do some research before choosing a recipe.  Evidently, it’s a matter of opinion.

Have you ever made any kind of fish stock before?

If you aren’t in the mood to tackle that, there are other options, but if you’re a paella lover, try this version of Fideua for a change.  Or, if you’ve always wondered about paella but haven’t tried it, start with this. 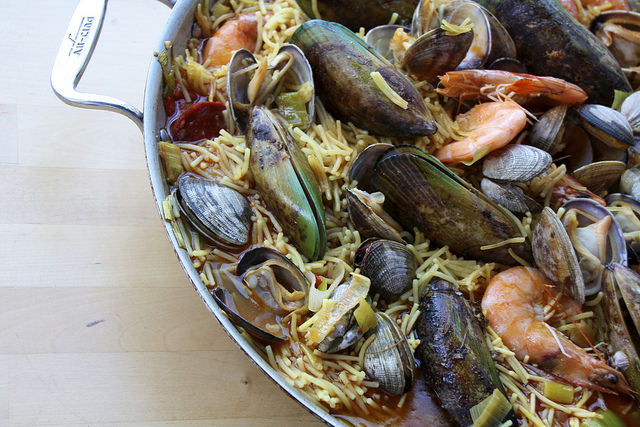 Ingredients for my version

Directions can be found here. 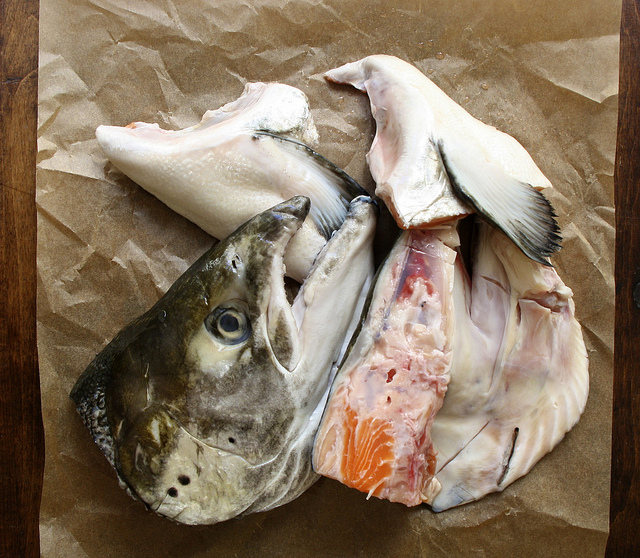 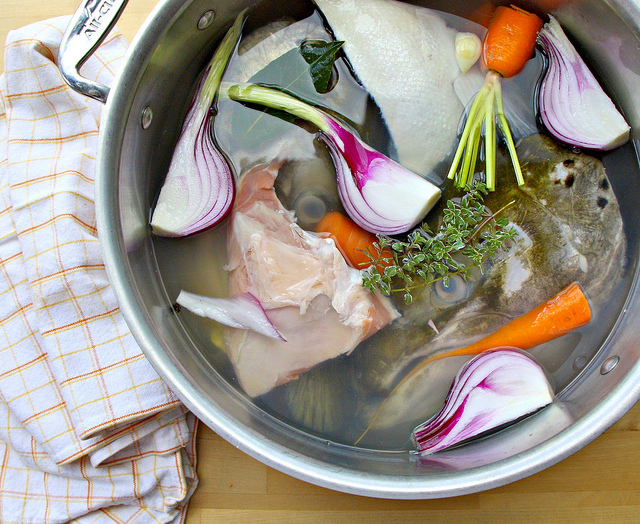 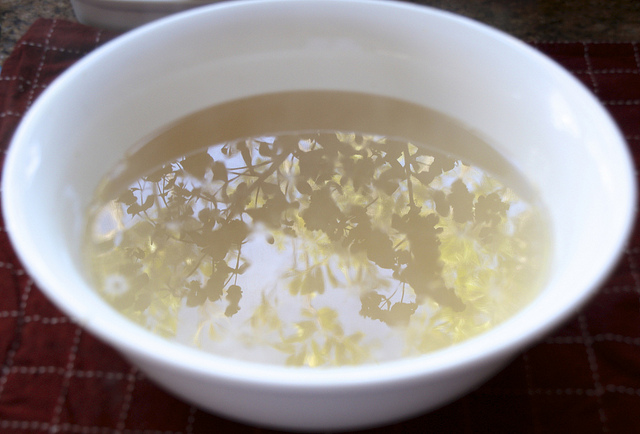 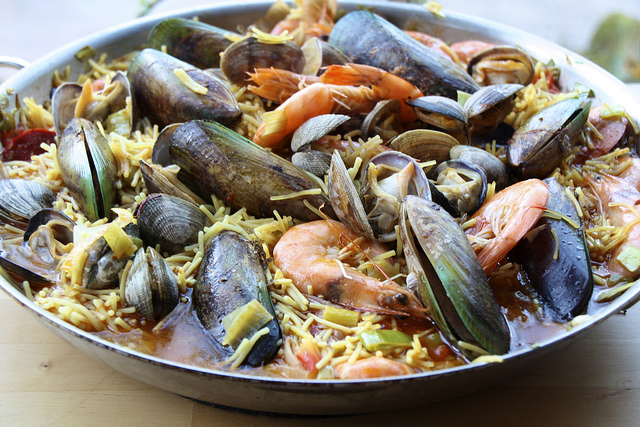 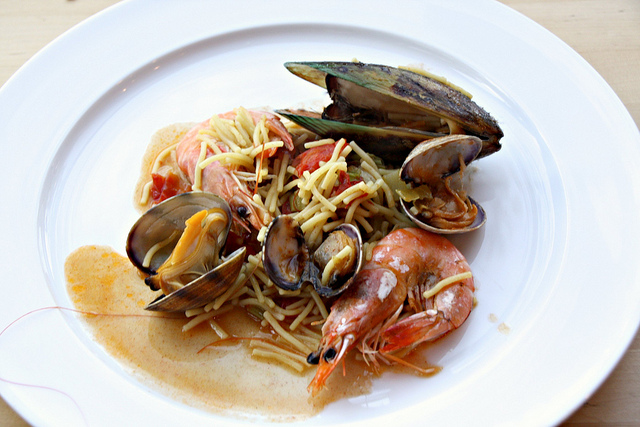