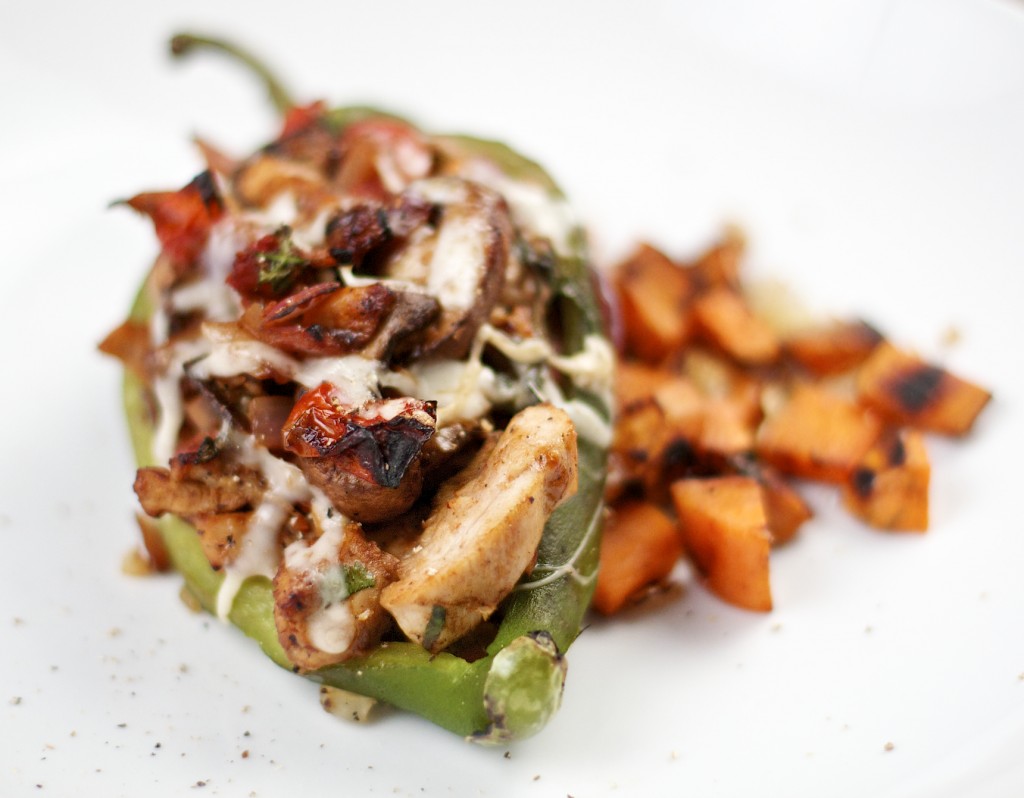 When you live in San Diego, it’s not difficult to find great Mexican food as long as you’re willing to avoid the more obvious chains.  Each neighborhood seems to have a local favorite and as much as many can agree that there are special places tough to compete with, sometimes, close to home is just better — especially when dinnertime is approaching and the resident cook isn’t in the mood to fire up the stove.  My husband and I might email one other on a day like that with a question about dinner.

Me:  Not sure I’m into cooking tonight.

Him:  Want me to pick something up?

Me:  Smack your lips together and tell me what sounds good.

Although this wasn’t necessarily an every week event, it was very nearly that.

If you asked me what I miss most about the change in eating habits I made four months ago, I’d say I miss Mexican food — not chocolate, not pasta, or bread.  Mexican food from the neighborhood favorite we call Los Dos on Garnet in Pacific Beach across the street from Albertson’s is what I miss.  It’s the most tiny place you can imagine, barely large enough for more than a couple of people to stand inside to place an order, and an enormous stainless steel range I swear the shop was built around.

It isn’t that one taco shop’s menu is  different from any of the dozens of other shops within a reasonable driving distance — it’s more about how each prepares those items.  The salsa, or guacamole — and especially the refried beans — many will say the particular flavor of typical menu items are what makes a shop their favorite.  I miss the carnitas from Los Dos, a plate of food I can smell the minute my husband walks in the door with it.  Wrapped in foil and filled with little mounds of shredded pork, rice, beans, guacamole, and pico de gallo just waiting to be loaded into a piping hot flour tortilla, smothered in both red and green salsa, and then folded like a burrito.  Oh, my.  So very, very delicious.  Although I rarely finished the entire plate, I routinely failed at not eating that second flour tortilla all by itself — the giant sized version.

Each time after dinner, with my stomach so uncomfortably full I swore I’d never order another carnitas plate, it was only a matter of weeks before I’d find myself in the same situation, feeling miserable.  I don’t miss that feeling — something that comes more from overeating in general.  And because my success rate at eating only a portion of that plate — about half — was so poor, I decided doing without was the best way to go.

So how have I compensated for not eating something I used to enjoy so much?  By choosing similar flavors in far more manageable quantities that are delicious — and doing some heavy planning when we do decide to have take out for dinner.

There’s nothing quite like the flavor of a roasted poblano chili, and when they’re stuffed with the perfect mixture of ingredients, my taste buds are completely satisfied.  So does that make this recipe “Mexican?”  Not by a long shot, but the flavors are reminiscent and that’s good enough for me right now.

And if you’ve never roasted a chili, this is a great reason to learn.  It’s easier than you might think! 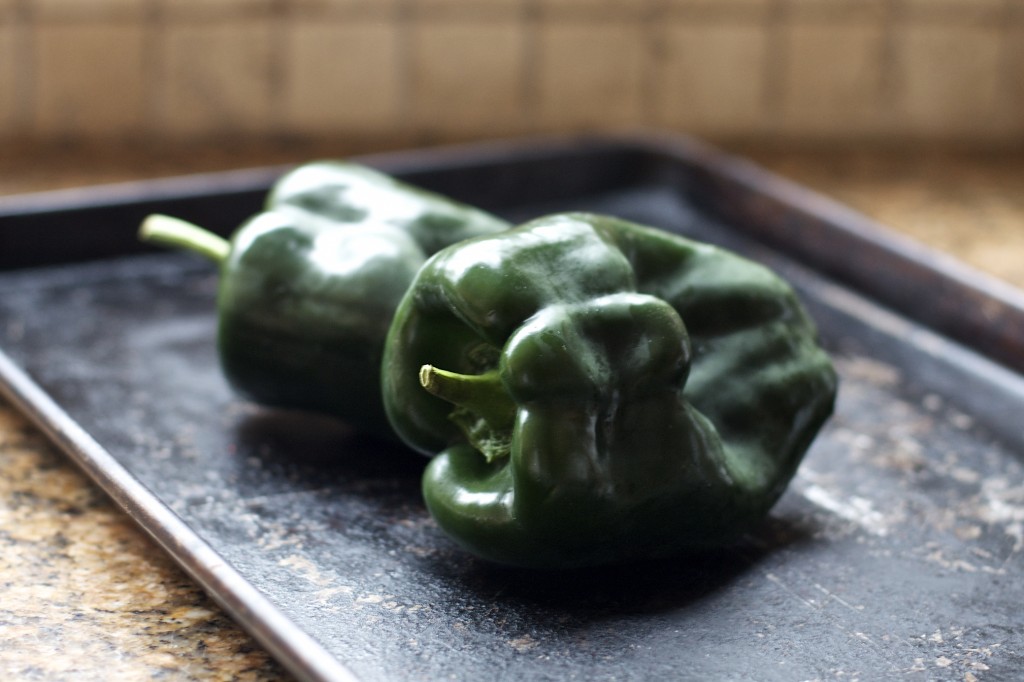 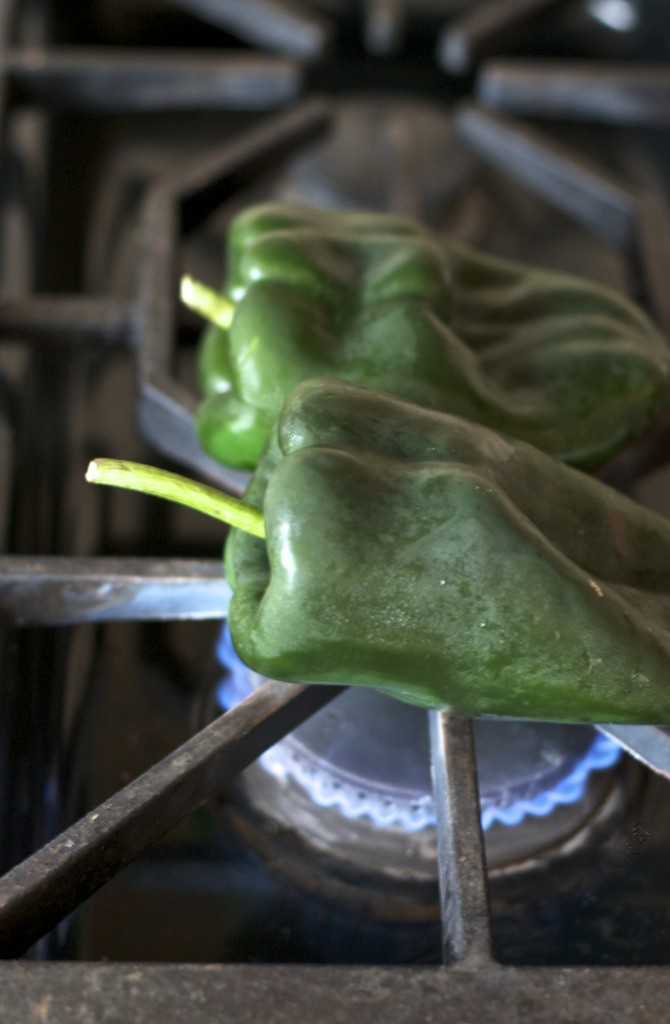 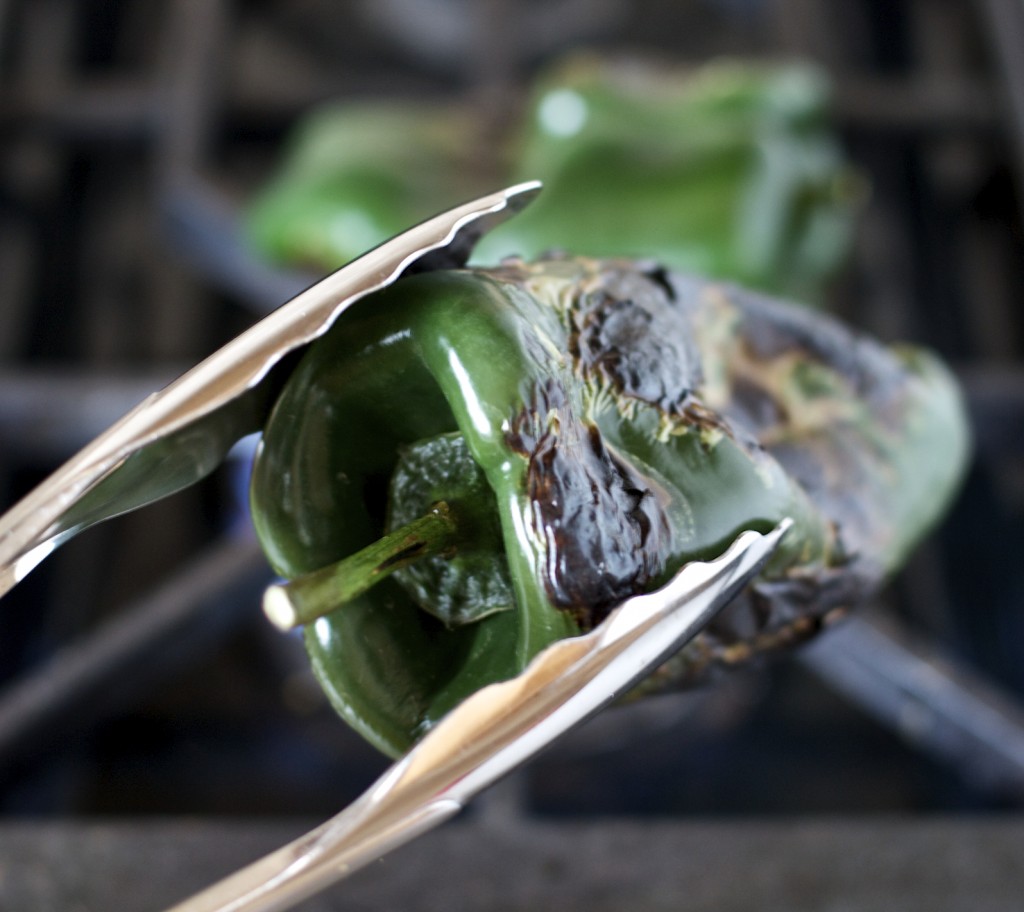 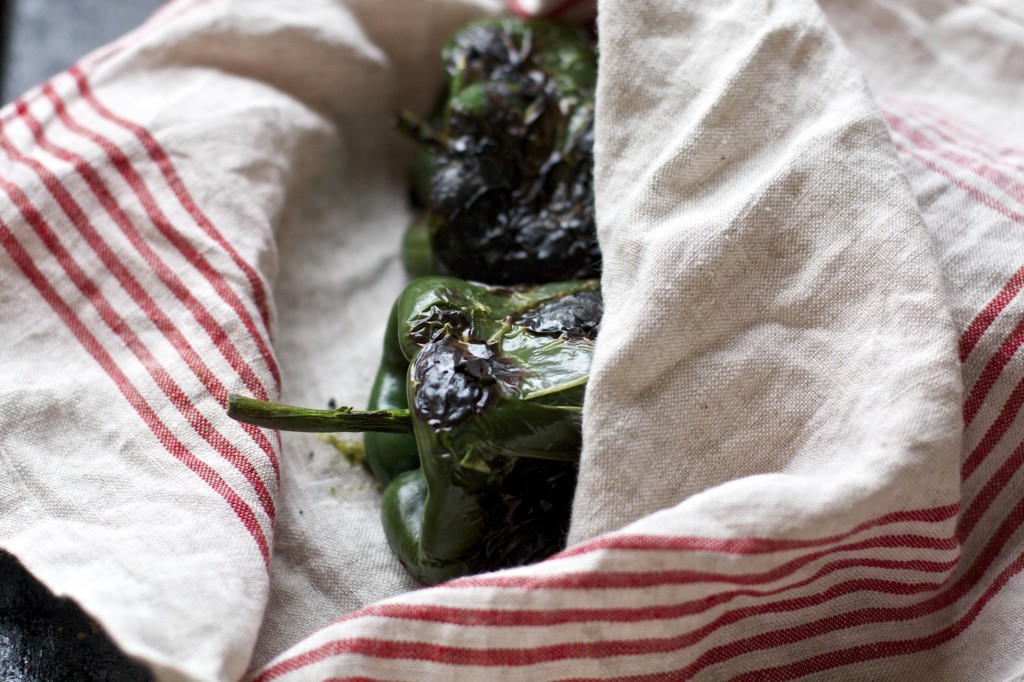 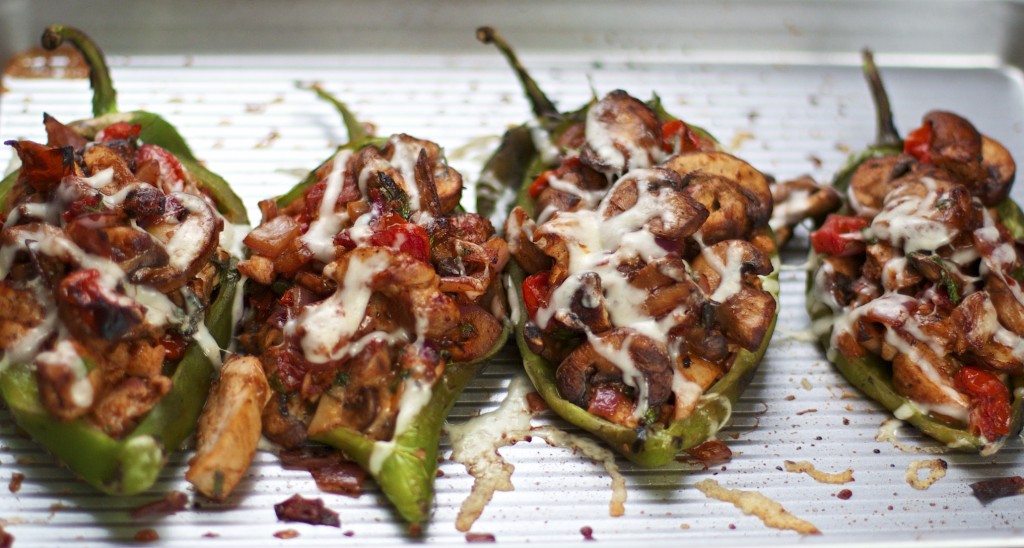 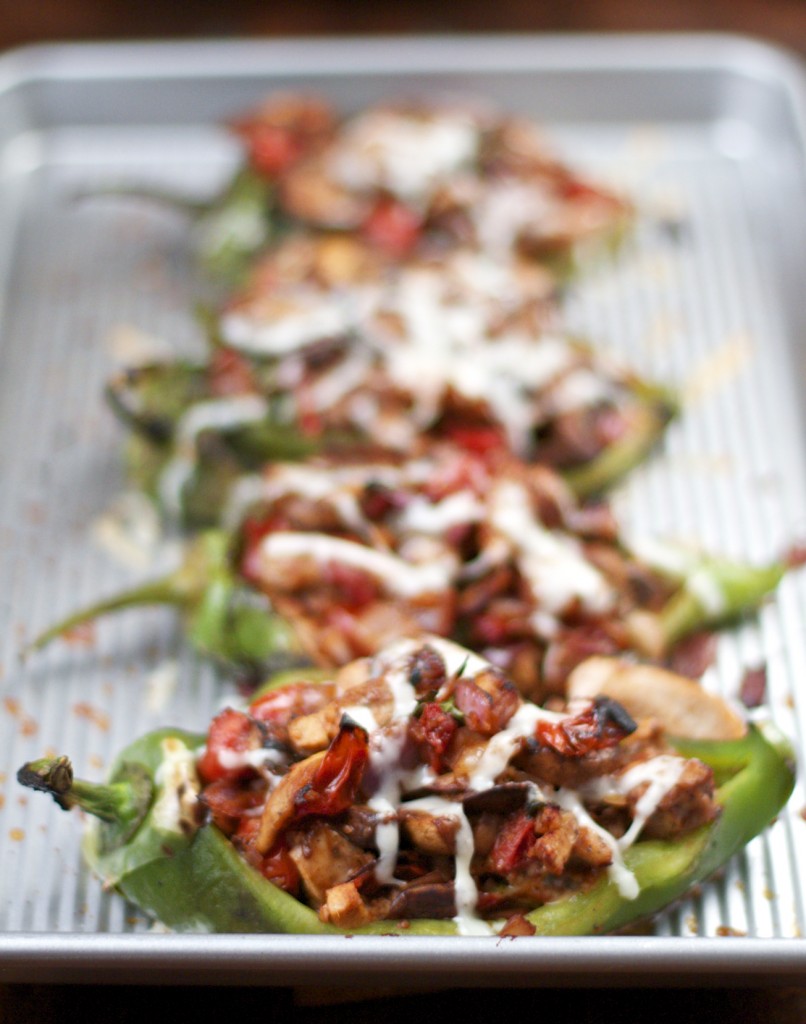 More poblano recipes from around the web