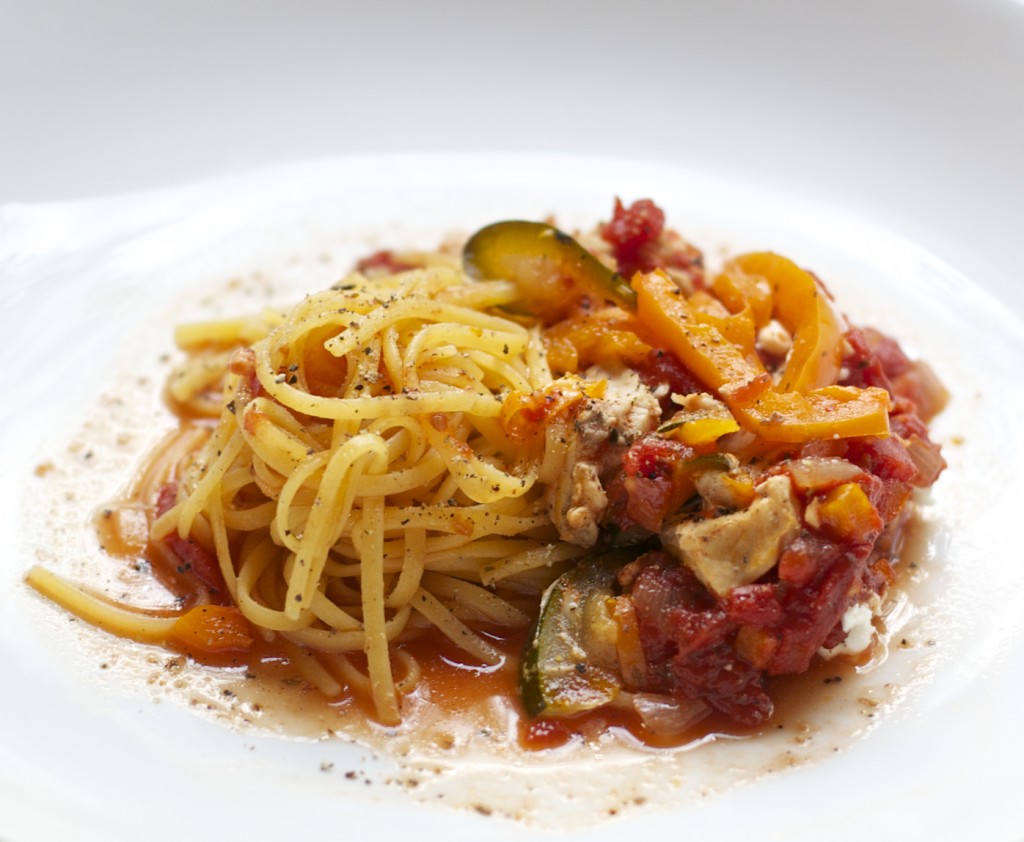 I have always wanted to cook.

Whether it was the simple family recipes my mother showed me how to make when I was very young, or something new I found in her Betty Crocker cookbook and decided to try on my own, I was always interested.  As much as I followed my mother’s recipes fairly closely when I made them, I couldn’t resist trying a new ingredient or two when each dish showed up in our weekly rotation.  I never veered too far off the path, because we didn’t have the pantry to support that kind of diversion — and I think I may not have wanted to risk the wrath of my unpredictable step-father by ruining a meal and having to waste food. But that’s another story.

When I was a young mother of 24, I remember that cooking helped keep my wits about me.  I loved my two little boys intensely but remember feeling at times like I’d lost touch with the world in general.  Many years before the Internet existed, even local telephone calls accrued long distance charges, and our television antenna afforded us three channels with reasonably good reception if I was able to twist the antenna to just the right position.  I remember being incredibly lonely.   To keep my brain occupied, I dug into the few magazine subscriptions I kept to try new recipes.

Although most of the recipes I tried came from Good Housekeeping and Ladies Home Journal, the recipes in Food & Wine are what intrigued me.  The mix of ingredients — many I hadn’t heard of and doubted I could find at my local market — sounded exotic.  The recipes seemed well beyond my ability as well, so I can remember being frustrated by not being able to try more of them and actually wondered, who really ate like that?

Years have gone by, and thankfully, I am now able to get just about any ingredient I want for any recipe I’d like to try.  With much trial and error, and a sense of adventure, I have developed my cooking and baking skills and will continue to do so.  That doesn’t mean we don’t eat simply, because we do.  The type of food and recipes I was raised on, and to a lesser extent, raised my three sons with will always be a part of how we eat.  It isn’t always complicated or what some may call fancy, but the ingredients are always wholesome, fresh, and as much as possible, the food I make is “from scratch.”

It makes sense, then, that when Jill Mc Keever of Simple Daily Recipes, a friend I met through blogging years ago announced the newly published compilation of her food blog readers’ favorite recipes, I knew I had to check it out.  Not only have I been interested in the idea of self-published books in general, I wanted to be able to help get the word out about Jill’s new eCookbook, Simple Daily Recipes:  Readers’ Favorite Recipes which is available at iTunes.

I read through all the recipes on a quiet Saturday morning with coffee on my iPad– something not too unusual since I read cookbooks and food magazines like novels and often far more quickly.  Immediately, I was reminded of the recipes I grew up with — busy family, easy to make, wholesome recipes made with ingredients a home cook has on hand.  I also realized the book exudes Jill’s energy and engaging personality.  The recipes are primarily organized by main dinner courses featuring poultry or seafood, for example.  There’s also a chapter that includes rubs and marinades.  Bright photos of process and finished product fill the book.  It’s important to read the “Keep in Mind” section where Jill explains her decision to use liquid aminos instead of salt and low-fat margarine instead of butter.  We all have particular needs or preferences for basic ingredients and although I use neither, a bit of olive oil and pinch of salt work fine for me and are easily substituted in these recipes.  It’s rare that I made a recipe with my own little preferences, so this was no different.

As I read through the recipes, I wondered what would I sample first.  The “Smoky Sweet Rub” recipe since our summer is finally showing itself?  The “Kale, Sausage & Tomatoes with Pasta” reminded me of my mother’s “Goulash” so that got my attention as well.  “Beef Ragout” is earmarked as something I’ll try when the weather accommodates it because I’m a sucker for beef braised in red wine.  But I decided the “Chicken with Tomatoes and Zucchini” was what I’d try first.  It sounded like a pretty lean dish with lots of flavor and I knew the guys would like it. 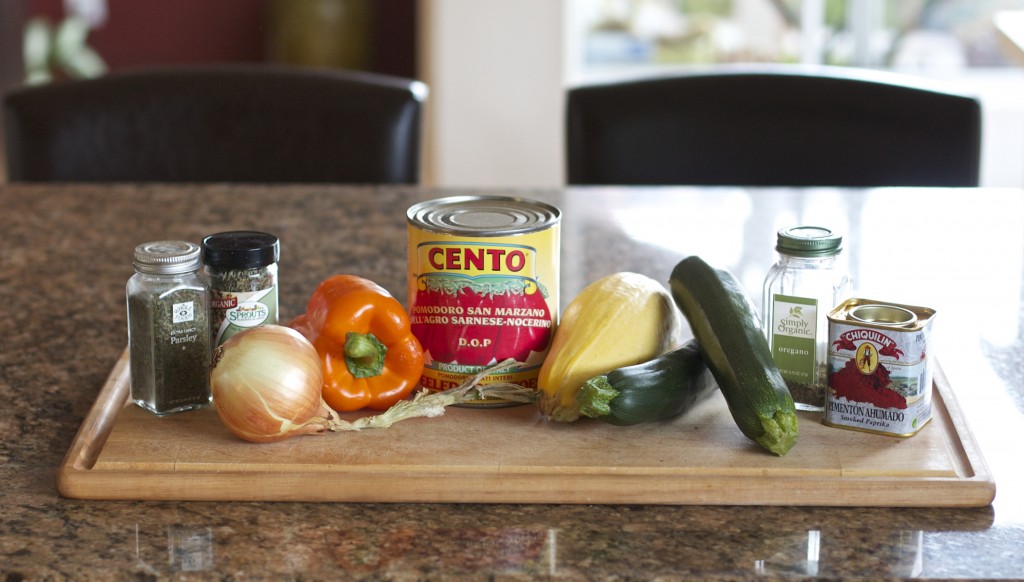 Recipe for Chicken with Tomatoes and Zucchini 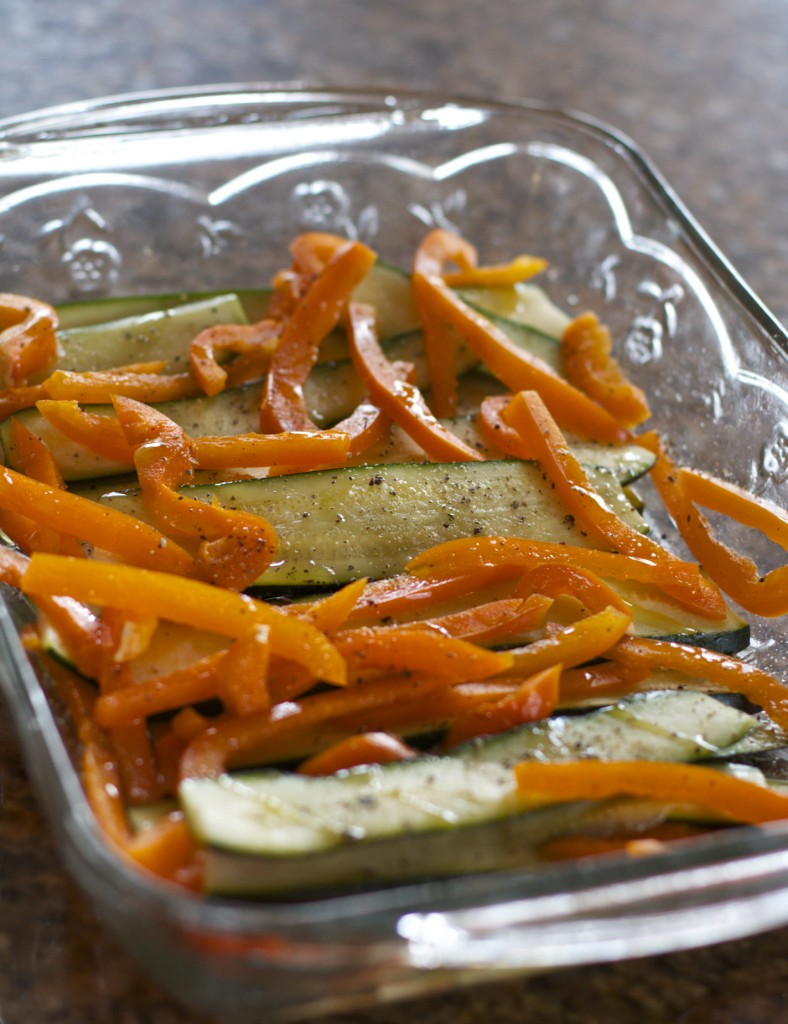 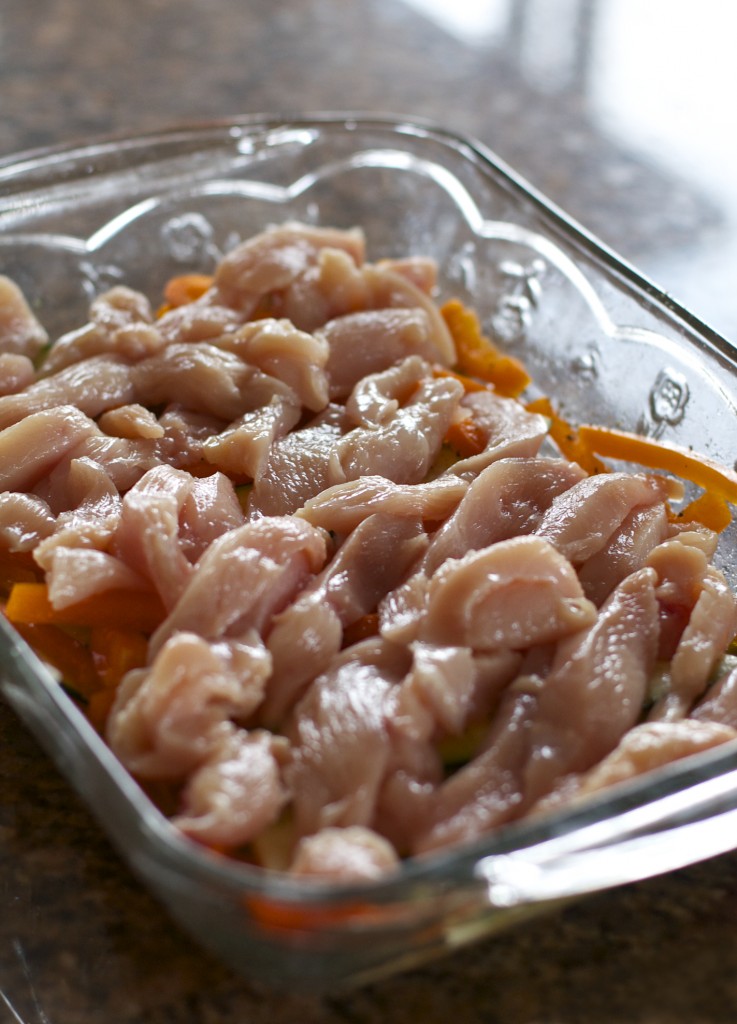 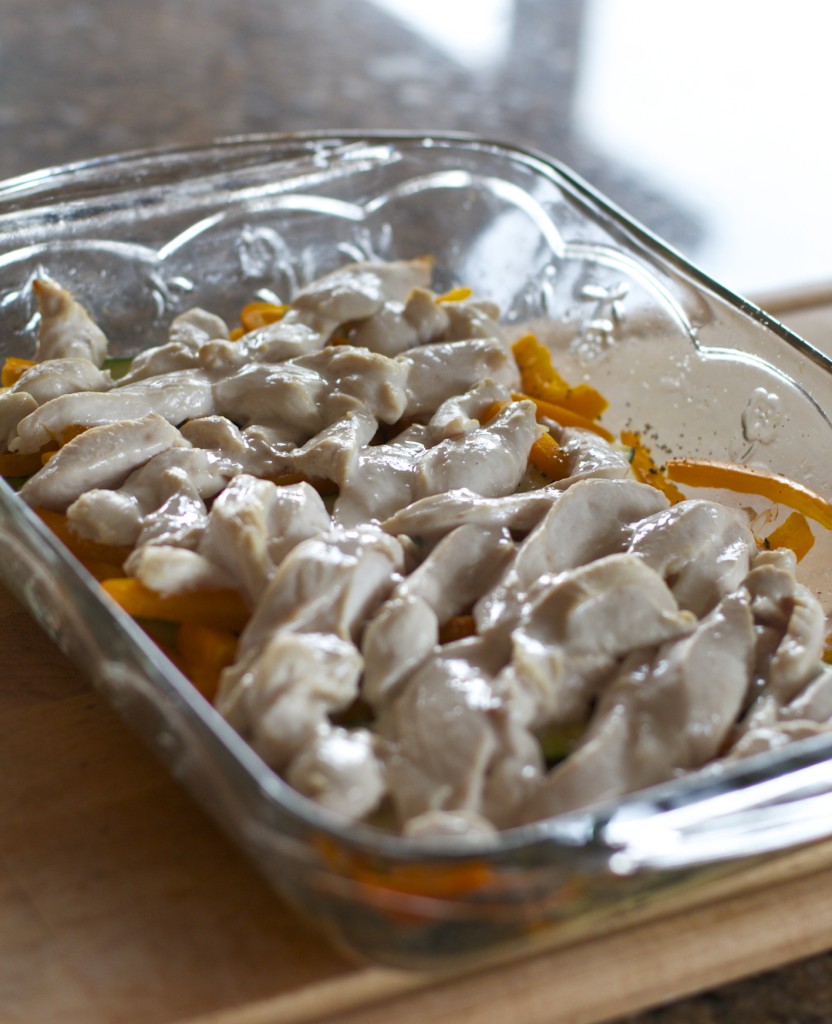 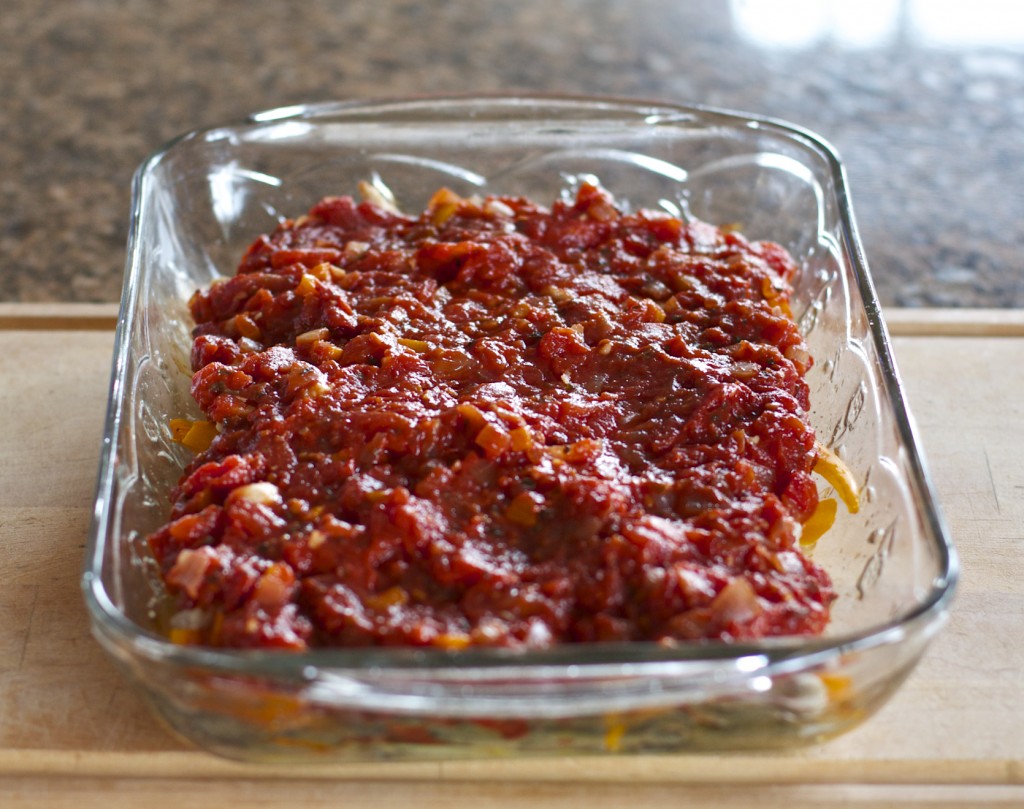 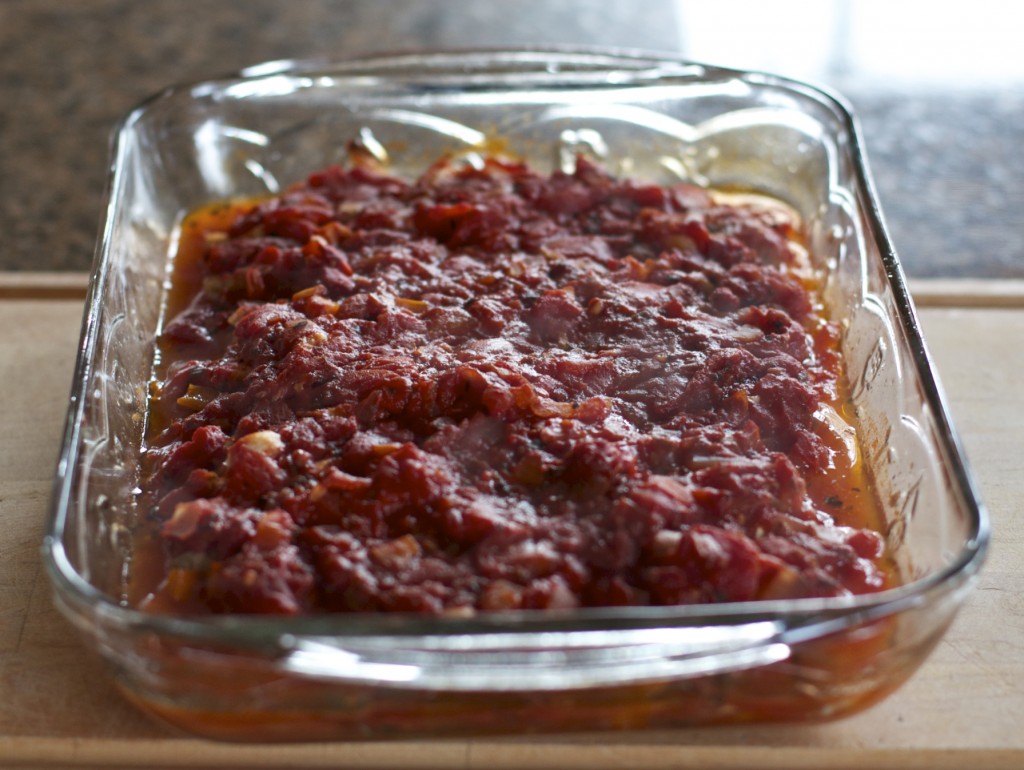 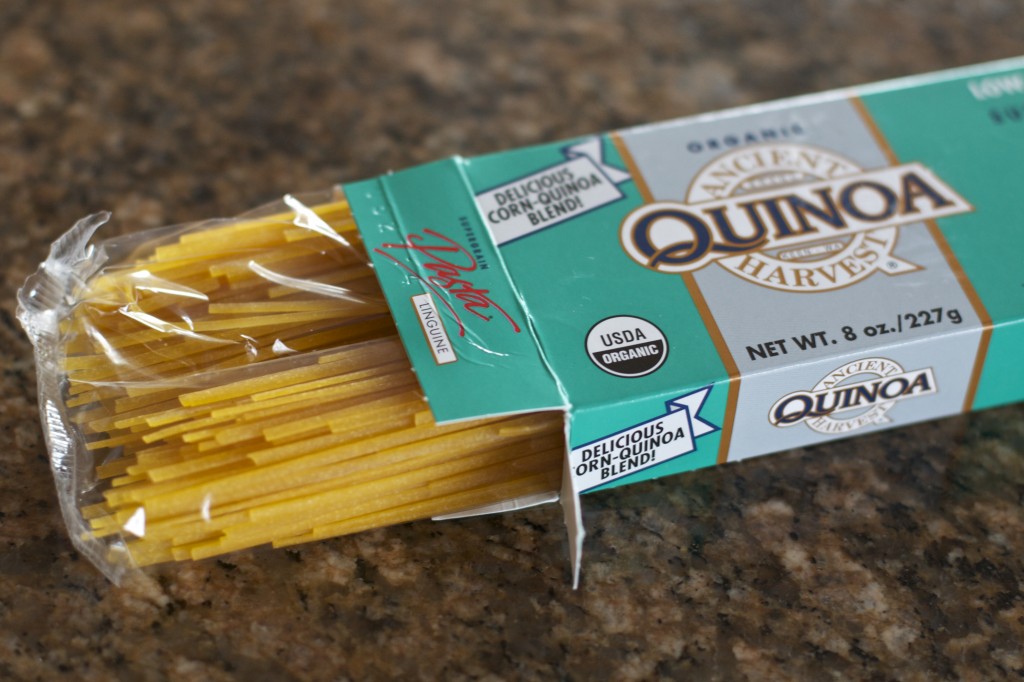 I bought some wings specifically to try the “Lip Smackin’ Hot Wings” recipe next.  I’m thinking they’ll serve nicely as my son’s Bon Voyage as he begins his junior year of college.  I’ll have the bibs ready!

Disclosure:  I expressed an interest in Jill’s book after she announced it, so was gifted my copy gratis.  My opinions of her book and this recipe, however, are my own and I will not receive compensation for anything beyond the download of the book.  I have chosen to do this because of Jill.  Period.