Summer in a Pie: Very Berry! 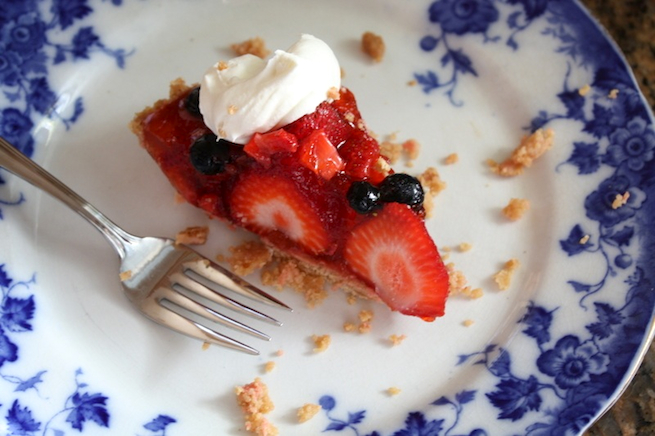 The local weather widget  on my Mac’s dashboard says it’s 90 degrees outside right now, but I don’t believe it.  Although it does seem to be quite a bit warmer than what the weather guy reported this morning, it’s still not that hot.  I’ll believe 80.  Maybe.  I can feel a nice breeze — refreshingly cool, but the sun is scorching!  No complaints, however.  None at all.  Actually I’m sort of amazed that when summer officially began a couple of days ago with the ending of school, the ever-present June Gloom we’re accustomed to has disappeared.

That means tonight will be perfect for an outside dinner, after I scrape the hard water deposits off the glass on the patio table.  So much for Martha living here, right?  I’ll light some little votive candles, throw a couple of logs in the chiminea, and hope the clouds don’t return so we can enjoy what promises to be a very warm evening.

This first truly summery night deserves an after dinner treat that I’ve had my eye on since the June issue of Gourmet surfaced in my mail stack.  I couldn’t exactly get past the full page glossy photo and the homey looking aspect of the strawberry pie.  Was that jello?  Oh. My.  It’s definitely what my idea of summer in a pie would be.  Very berry!

And what a perfect way to celebrate the Strawberry Moon Festival, hosted by Cooking in Cleveland, a site that features “homecooking with seasonal, locally grown produce.”

Is it cheating that I added blueberries?  I can’t resist the way they look with strawberries.  Okay, and their crunch is quite lovely, too.

I’ll let you know how the dinner goes. 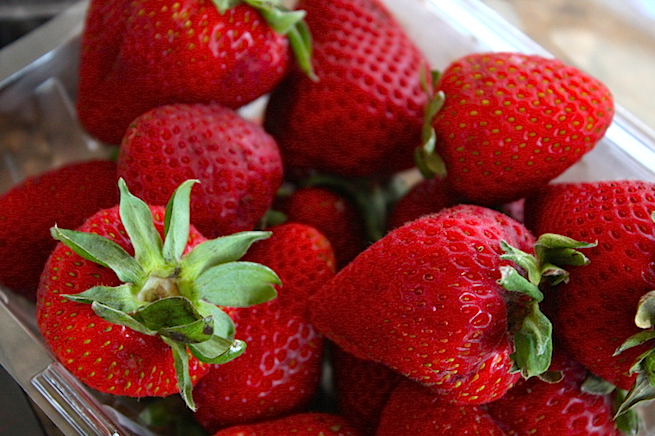 Summer in a Pie:  Very Berry! 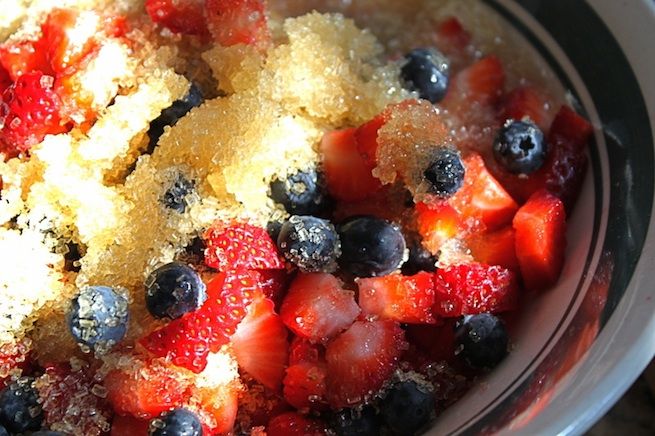 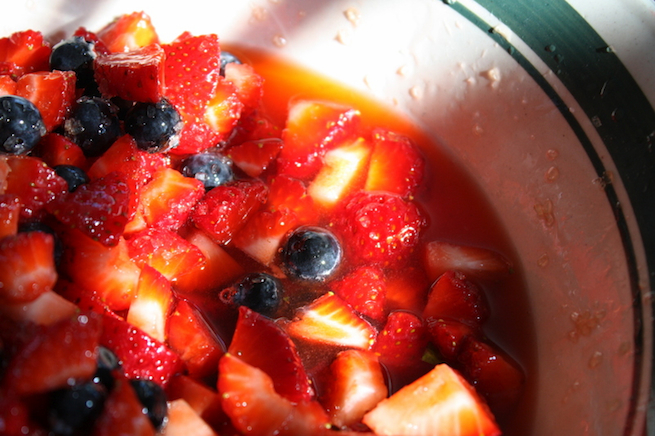 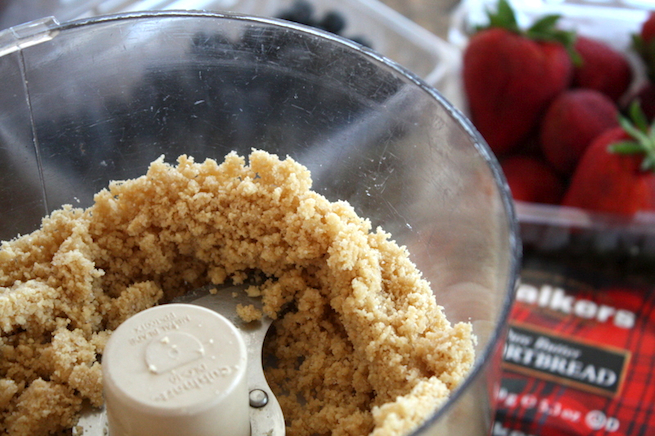 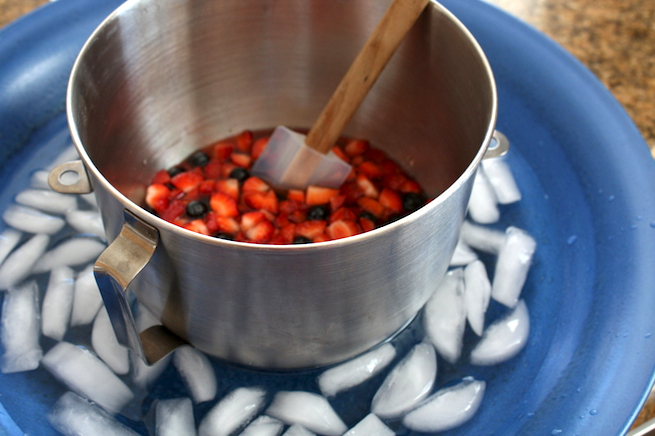 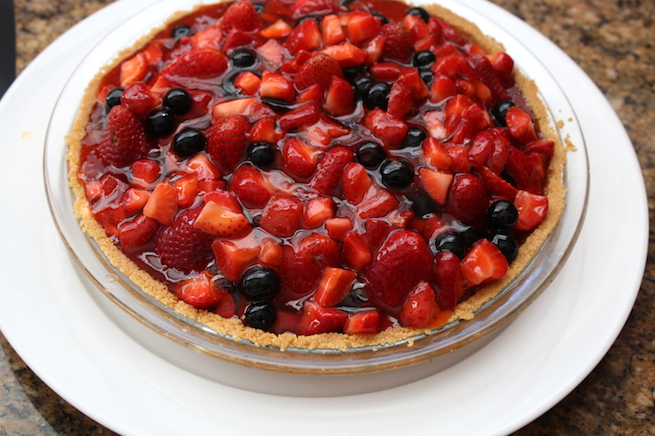 As far as the weather goes, in the time that it took to write this post, not only has the temperature dropped to 85 degrees, but the clouds have formed, and a dense fog is slowly creeping up the hill.  The houses on the ridge with the zillion dollar view of the Pacific are now lost in the fog.  So much for dinner outside unless we want to freeze our rumps off.  At least we’ll have a “sunny” pie, though, right?

Update:  The fog did lift, and somehow, it was clear and sunny again.  So did we eat outside?  Nope.  I can be so lazy at times. 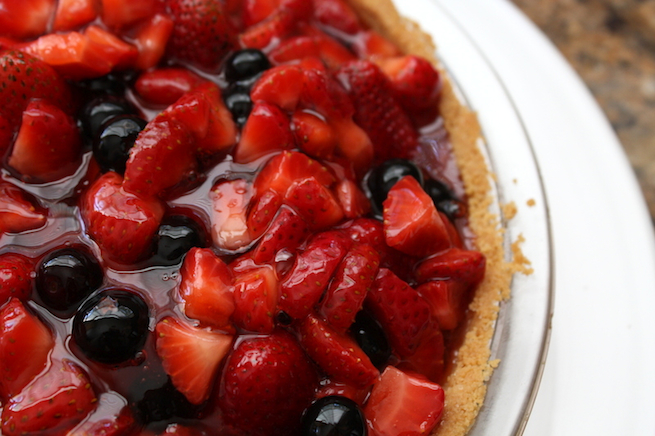