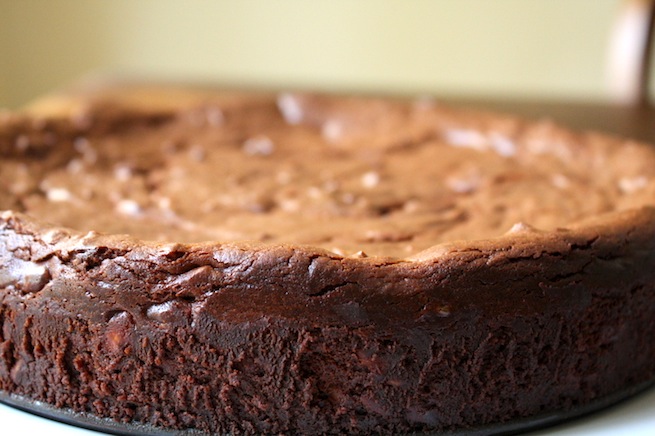 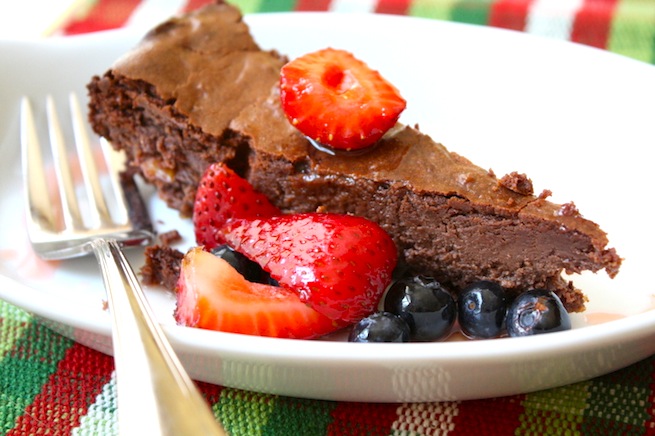 Three more days until we leave for Italy.  Only three.  Do you have any idea how crazy I am making sure everything is just so?  Perfectly arranged?  Meticulously organized?  I’m a stark raving madwoman.

Or not.  I thought I’d be so smart and schedule posts on some of the Italian food I’ve been making so my blog wouldn’t look forlorn while we were gone.  But have I scheduled those posts?  Um…no.  *looks at calendar on iMac and calculates possibilities…twitching…*

Where does the time go?

*regains composure…* I do have a very nice bittersweet chocolate cheesecake for you though.  Remember that luscious Fresh Cherry Gelato a few days ago?  Well, this was its accompaniment — and what a perfect one it was.  The almond extract and cherries in the gelato played perfectly against the dark chocolate and the crunch of almonds.  In case you miss that line, I will repeat it later.  You know.  Just for effect. 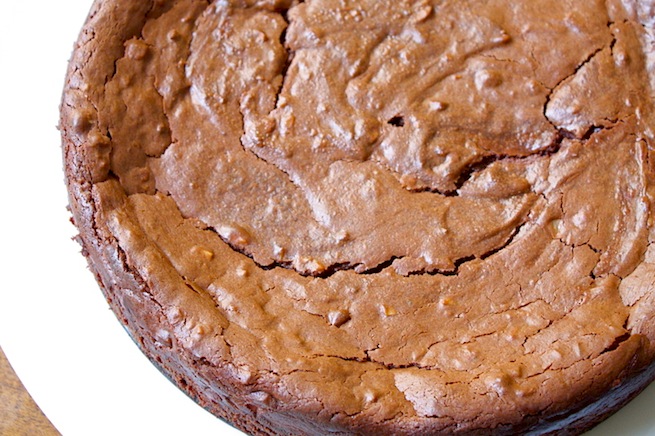 The next day, it went perfectly with the mixed berries we had for breakfast, too.

The recipe is yet again from the April ’08 issue of Gourmet magazine which I’ve cooked my way through as we’ve prepared for our vacation. Okay, so maybe I do have some things to write about.  If I stay up until dawn’s crack each night, I’ll be sufficiently exhausted to actually sleep on the 79-hour flight ahead of us).  Pigs will fly, of course, before that happens.

Evidently, this recipe was inspired by a dessert the author enjoyed in a restaurant in Perugia, Italy.  Although we will have to wave out the window of the Eurostar Alta Velocita as we pass Perugia at about 300 km/h on our way to Florence, I can say that I will remember the tang of this dessert. 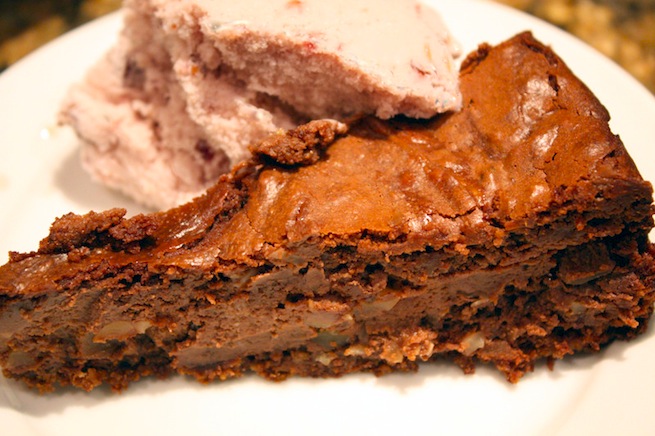 Next time…right?  But wait.  I just saw two new gelato recipes…one for pistachio, and the other for a dark chocolate.