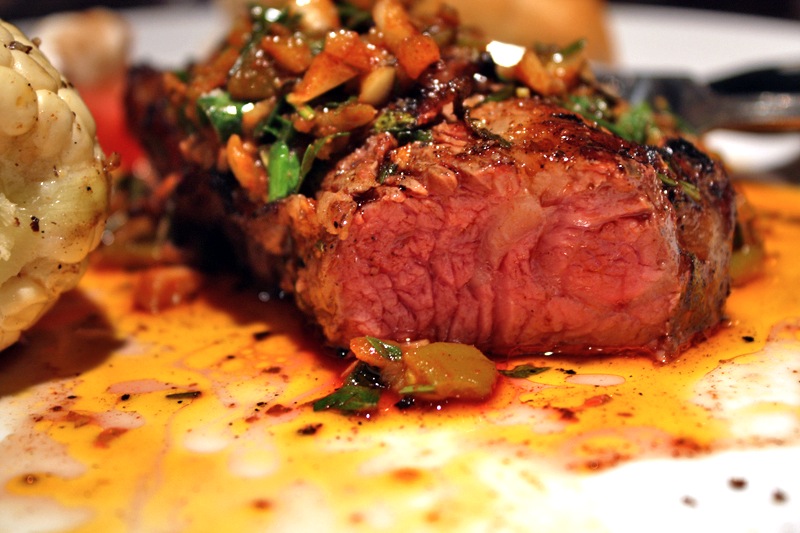 The dog days of summer are definitely here.  No, there’s no heat coming from Sirius, the Dog Star, as the ancients believed, but it does mean quite a bit more.  To me, it’s about more than heat and humidity, especially since the average temperature here during August is about 75 degrees F.  And I know you’re tired of hearing me say it, but I’ve earned the privilege since I sweltered in our East County heat for years before moving to the coast.

At this time of the year, there’s a frenetic pace I sense when running errands or shopping.  Everyone seems to be out and about, it takes more than the usual lap around the block to find a parking place, and then it’s only a one-hour spot I’ll have to squeeze into.  License plates from as far away as New York or Massachusetts are seen here and there, but most are from Arizona. Lots of them.

The family vacation is over, Back-to-School sales are in full swing, and the few shows we watch on TV are coming to a close.  Ho.  Hum.  The only outlet besides a cool dip in the pool or a trip down to the cove is food.  So to spice things up a bit, here’s a new recipe I just tried for chimichurri which is great for all things grilled.

The first chimichurri I made was featured in the now defunct TASTE, a Williams-Sonoma quarterly publication that ran for only two years.  I loved the spicy, herby tang of the not quite marinade, not quite salsa concoction, but lost the recipe when my magazine somehow went on permanent loan to a friend.

Of course, a search ensued for a new recipe — was Google even around then? — and I arrived at The Reluctant Gourmet who not only had a traditional chimichurri recipe, but his own rendition as well.  I chose his cilantro version because I always seem to have it around. Since then, I’ve tried quite a few other versions.  If you Google chimichurri now, you’ll get nearly 400,000 results for what is sometimes called Argentine Ketchup.  No, chimichurri doesn’t have tomatoes in it, but I have included a few from time to time.

Chimichurri, like salsa, is a condiment that can be made in a variety of ways with an array of ingredients.  Most recipes include parsley, olive oil, garlic, and garlic, but from that point on, anything goes.  Although I know some recipes call for the use of a food processor, I prefer to chop everything by hand so there’s less of an emulsion.

If you have an herb garden, or love to hit the farmer’s market, chimichurri is definitely a way to spice things up a bit — especially with this particular recipe.  I happened upon this most recent chimichurri find at Urban Junkie and marked it for later use because of several factors I’d not seen in a chimichurri recipe before:

I knew that all the heavenly flavors in the garlic and herbs would be released in the warm oil, so I had to try it. 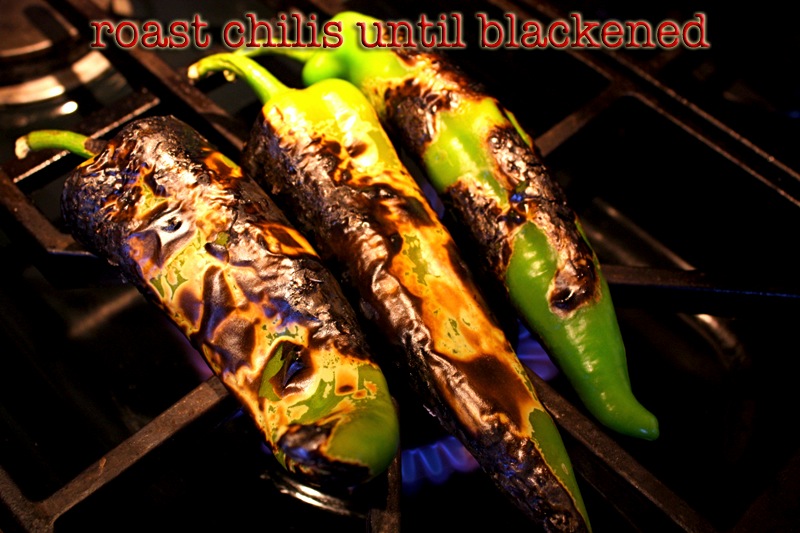 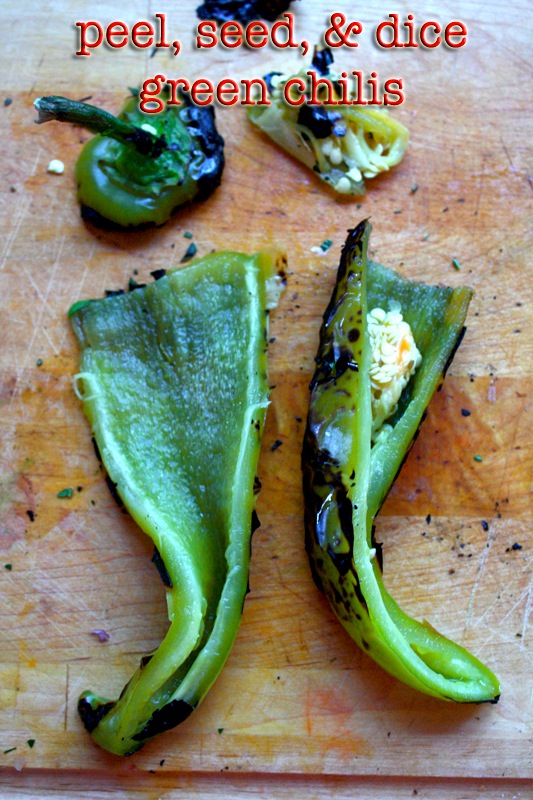 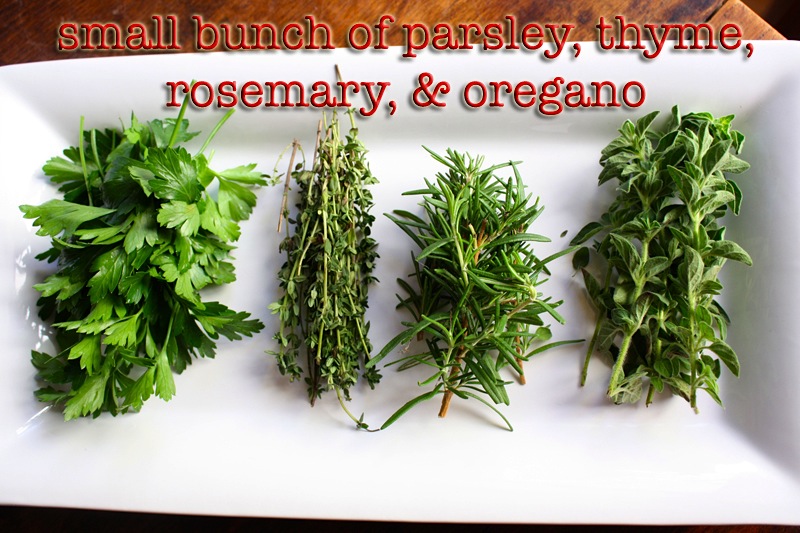 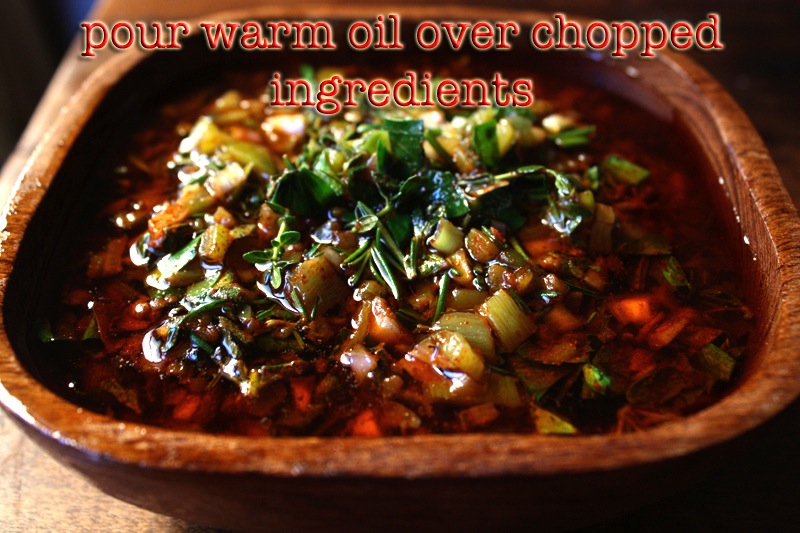 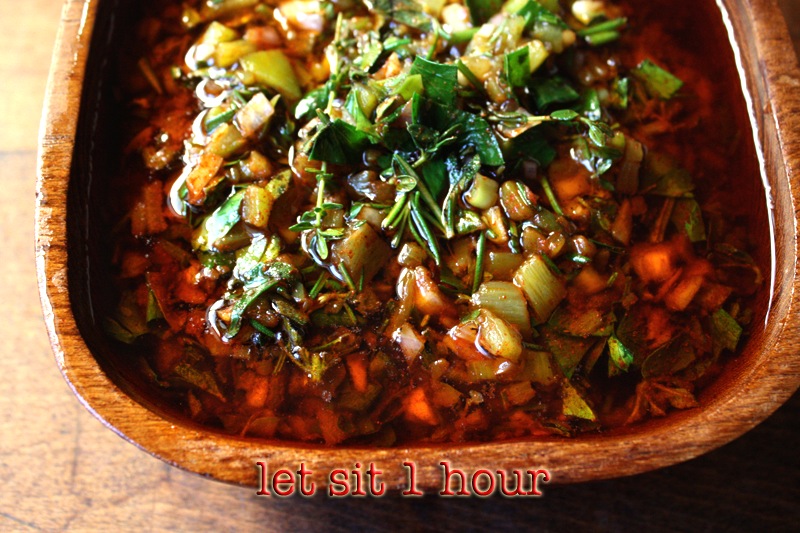 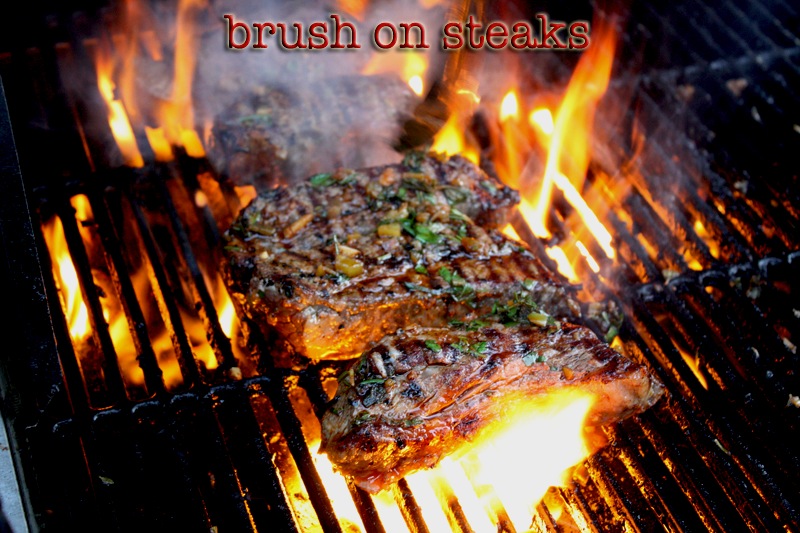 NON-Cowboy Caviar: Beat the Heat
Lean Brioche a Tete is Worth the Wait