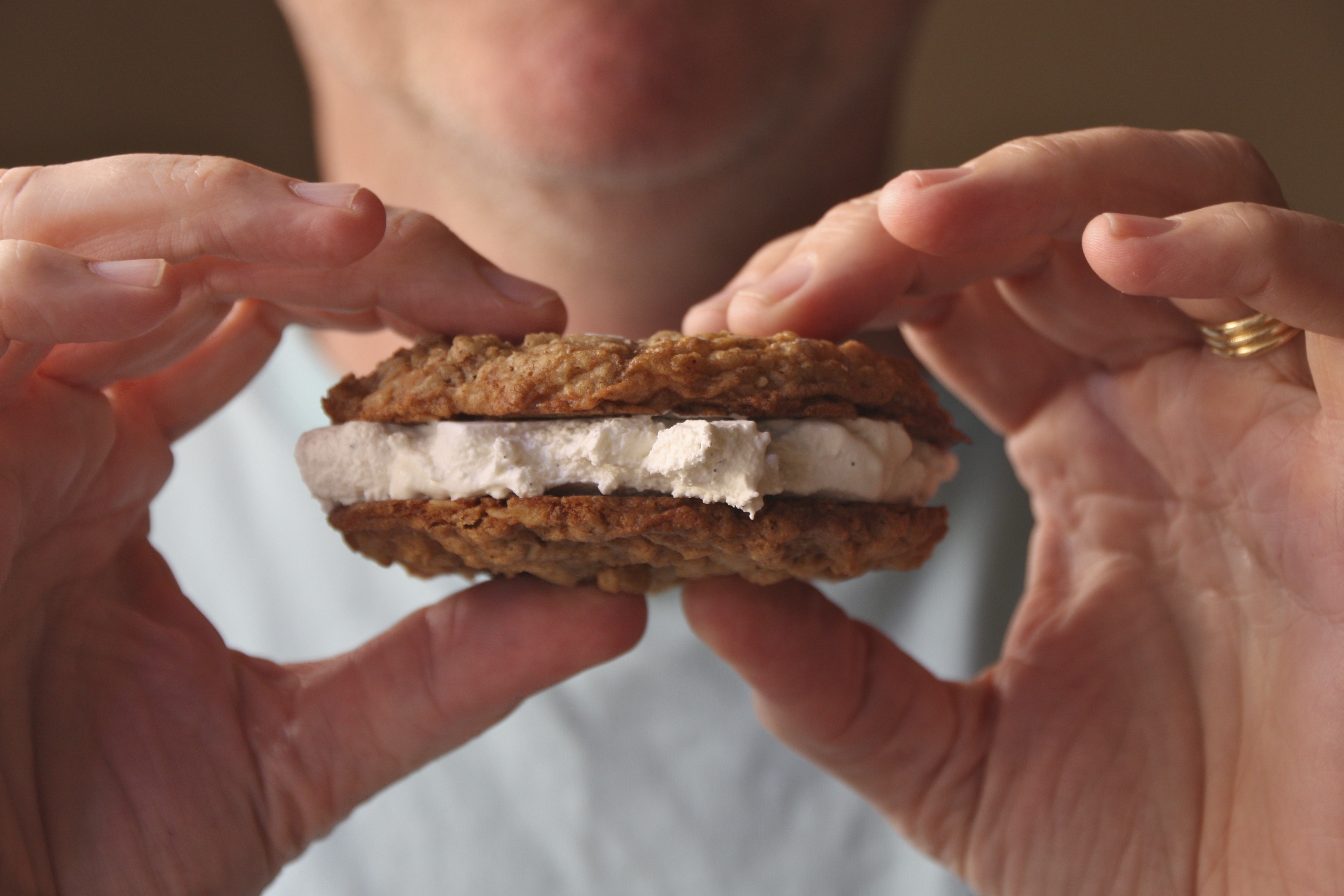 You’ve had one of those classic ice cream sandwiches.

The rectangular shaped, paper wrapped treats of vanilla ice cream encased in a pair of soft, pock marked chocolate cookies?  The damp wrapper is slowly pulled away, leaving bits of cookie and ice cream stuck to it and you can decide whether you want to lick those away before rewrapping a portion of it to keep the cookie from sticking to your fingers as you eat it.  But I never did that.  It interfered with being able to enjoy the quickly softening ice cream first, running my tongue up one side and down the other before taking my first bite.  Sticky finger clean-up followed.

Every day during my first summer after high school, I had one of those soggy frozen treats straight from the vending machine outside a Cultural Geography class my then boyfriend cajoled me into taking so I’d get three units out of the way before beginning my freshman year in college.  The ice cream sandwiches were his idea as was the everyday habit.  He was thin by nature, and I because I never seemed to eat anything in those days, so eating vending machine junk food at 10 am during our daily break seemed just fine.  That was then.

I’ve had ice cream sandwiches since then, but sadly, they’re more soggy than I remember, much smaller, and the bits and pieces clinging to my fingers not so charming.  So what’s an ice cream sandwich lover to do?

No sogginess. Creamy ice cream to lick along the sides.  No sticky fingers to clean up.

The oatmeal and raisins keeps them from being junk food, right? 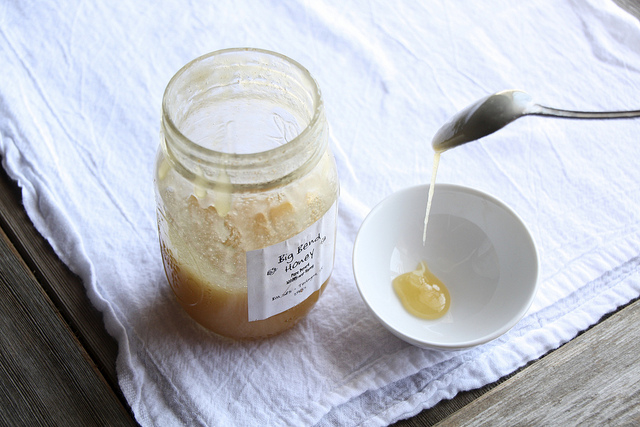 I enjoy this oatmeal cookie recipe because it’s the perfect mix of chewy and crunchy.  I decided to use it for the ice cream sandwiches with the following ingredient substitutions and/or choices: 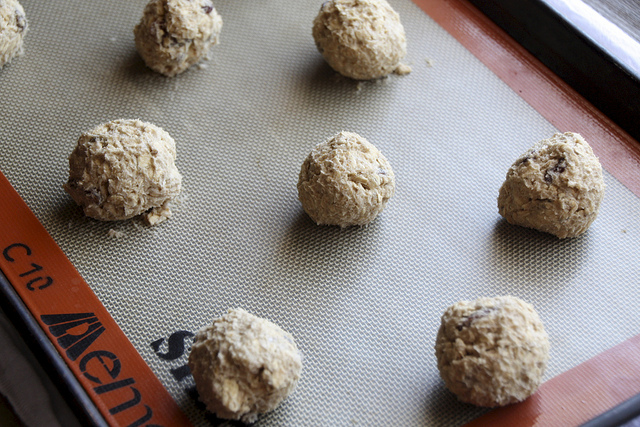 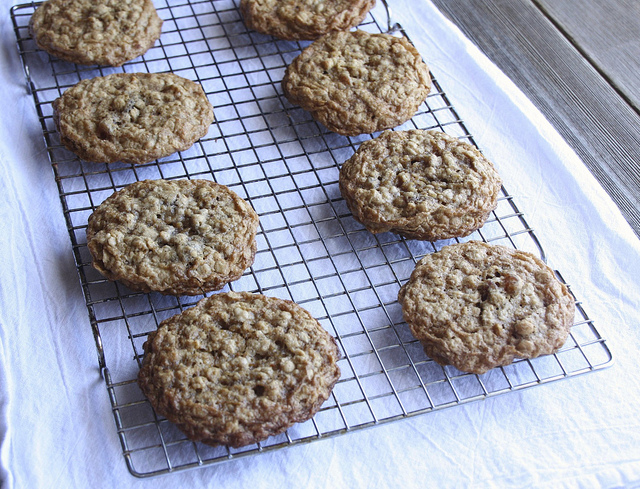 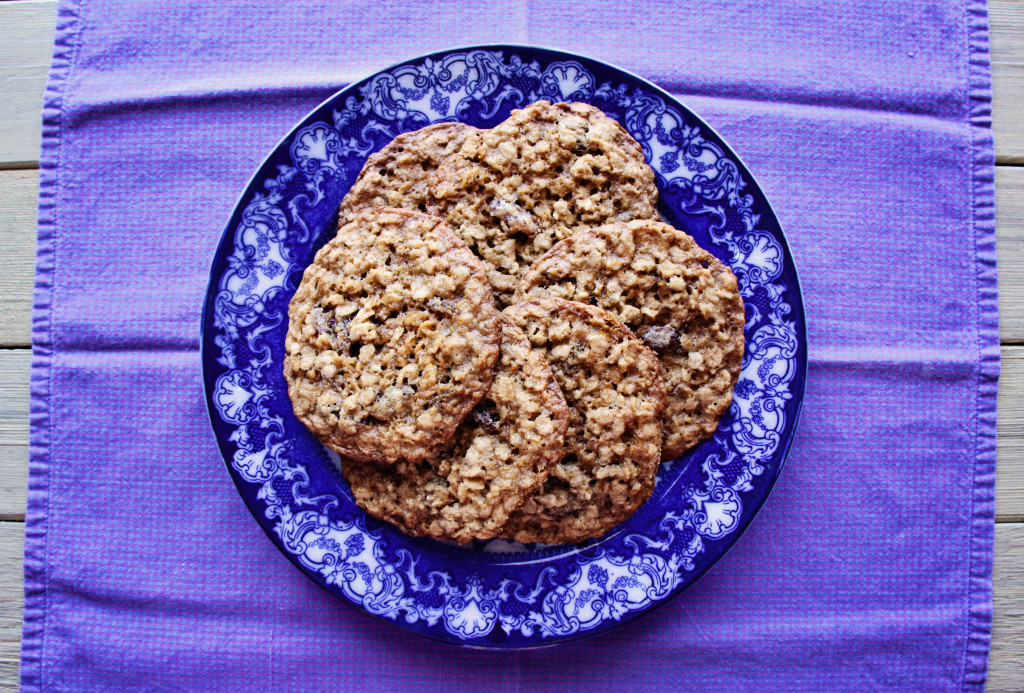 I used this homemade ice cream recipe to fill the sandwiches with the following ingredient substitutions and/or choices: 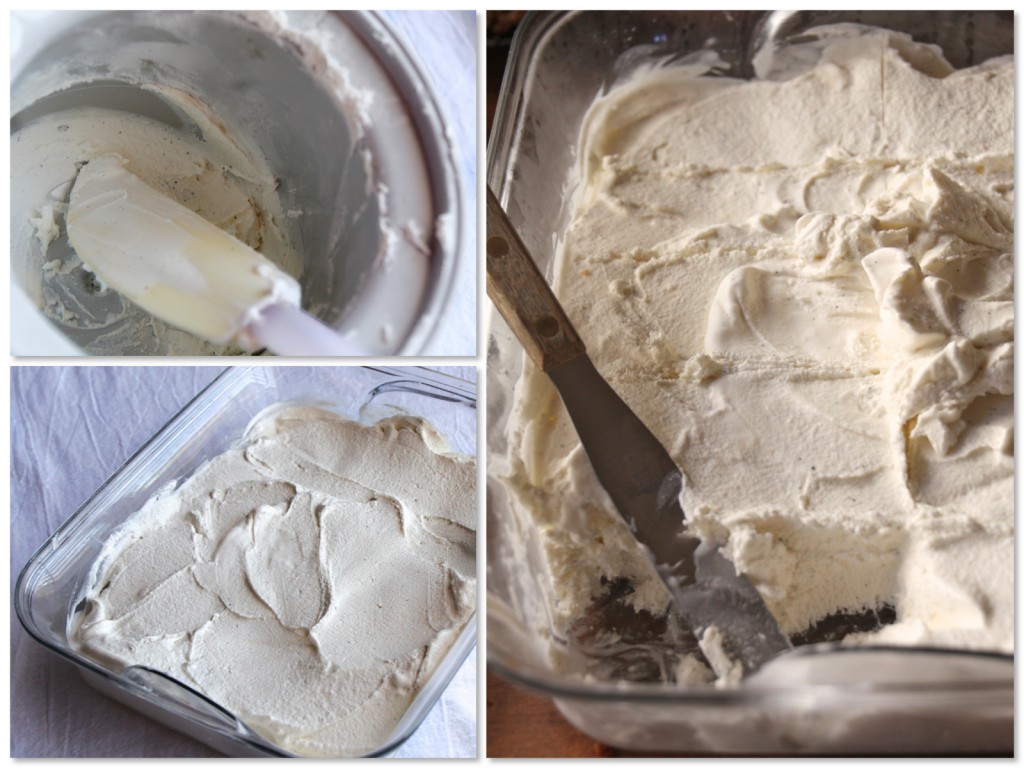 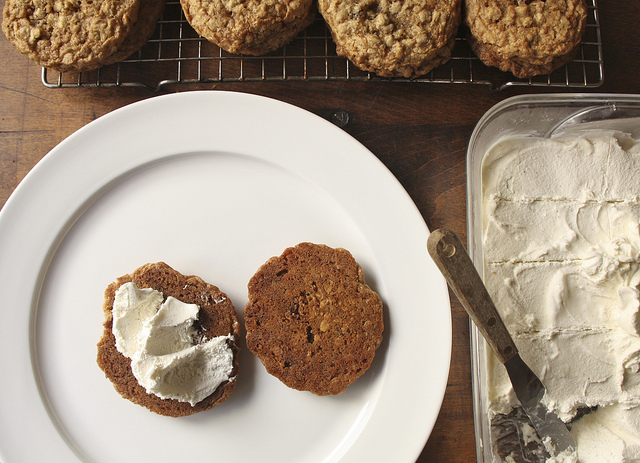 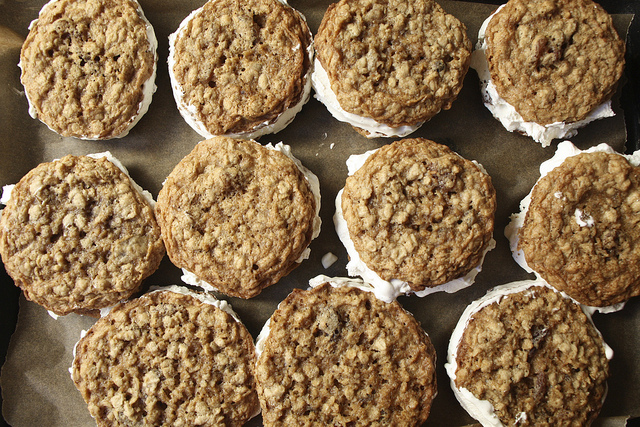 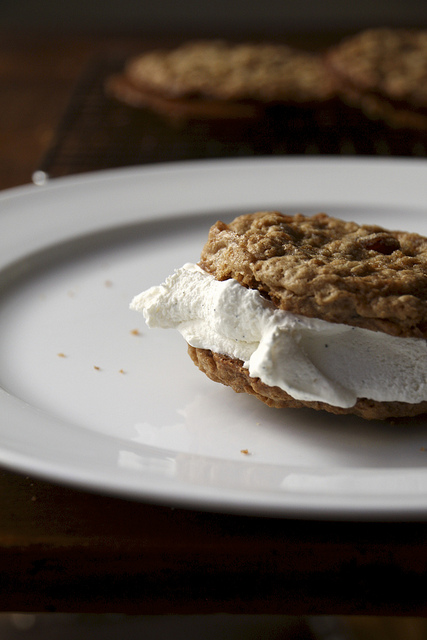 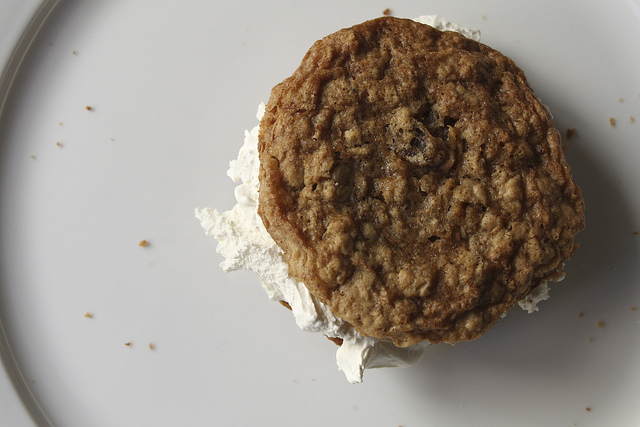