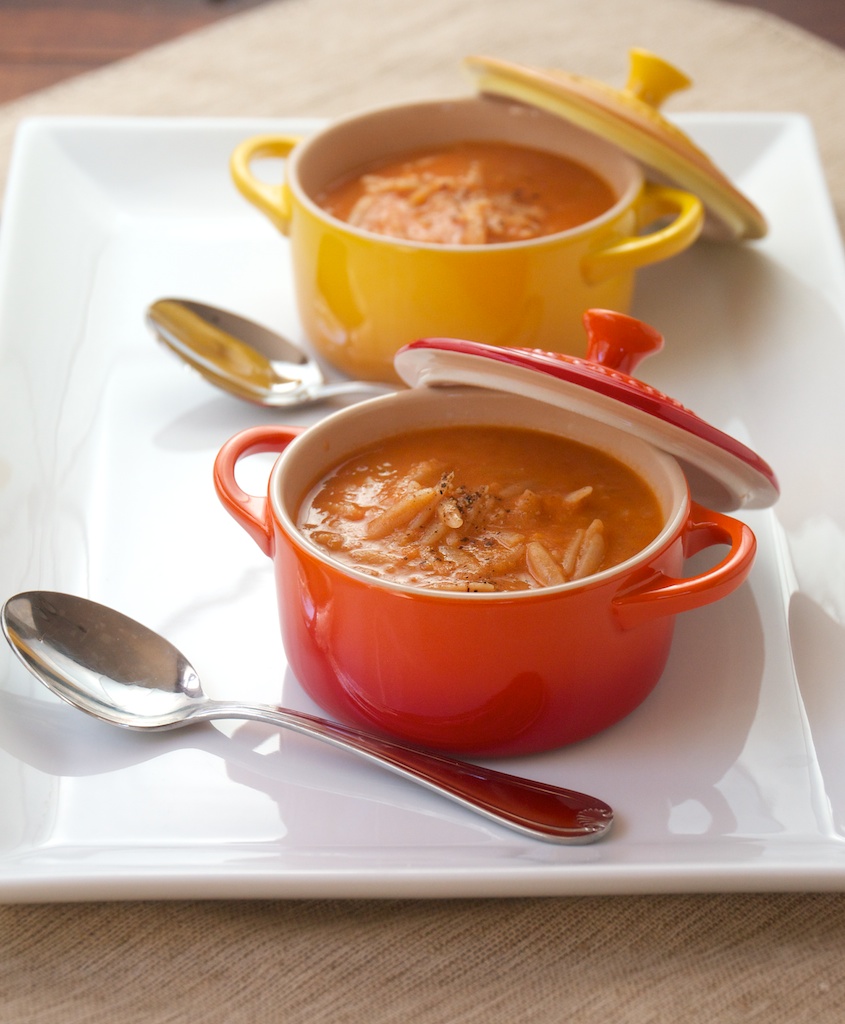 My meager pot of tomato plants has finished producing and been cut back to a few stalks jutting from the dark soil they’ve been planted in since May, waiting for me to pull them up.  But I’m lucky to have friends whose plants are still producing and thankfully willing to share.  The challenge for me at times is knowing what to do with them because my own plants have rarely produced more than what we can eat in a salad.  Often my timing is bad in being able to enjoy the lot — just how many tomatoes can two people eat at one sitting, right?  Especially when my husband forgets to bring them home right away and they’re, well, soft.

Into the freezer they go — stems and all.  I put them on a metal tray until they’re hard as rocks, then pour them into a plastic bag for later use.  Last year I managed to save a bag until mid-February when it was a welcome addition to a hearty tomato squash soup.  This year, I’ve already used one frozen bag, but still have two more in the freezer and will enjoy deciding what to make with them.

I’ll have to blame my need to use some of my frozen homegrown tomato stash on this Irish Blue Cheese and Tomato Soup recipe from Soup Chick.   I’m a pushover to begin with because I love tomato soup, but I’ve never had it with blue cheese — let alone bacon.  I was completely intrigued, so of course I had to try it.  I had the tomatoes, but the recipe requires that they are roasted.  Roasting isn’t a problem because I’ve roasted tomatoes several different ways and truly enjoy the flavor.  However I’d never roasted thawed, frozen tomatoes.

I love a good food experiment, don’t you?  Especially when the result is such a satisfyingly, tasty soup. 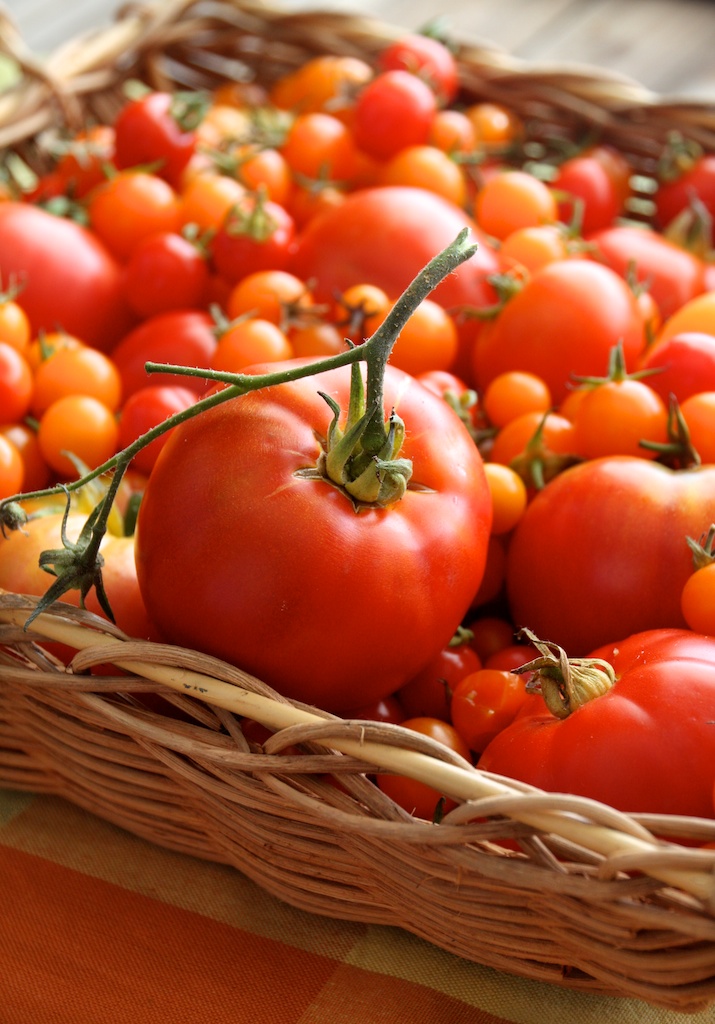 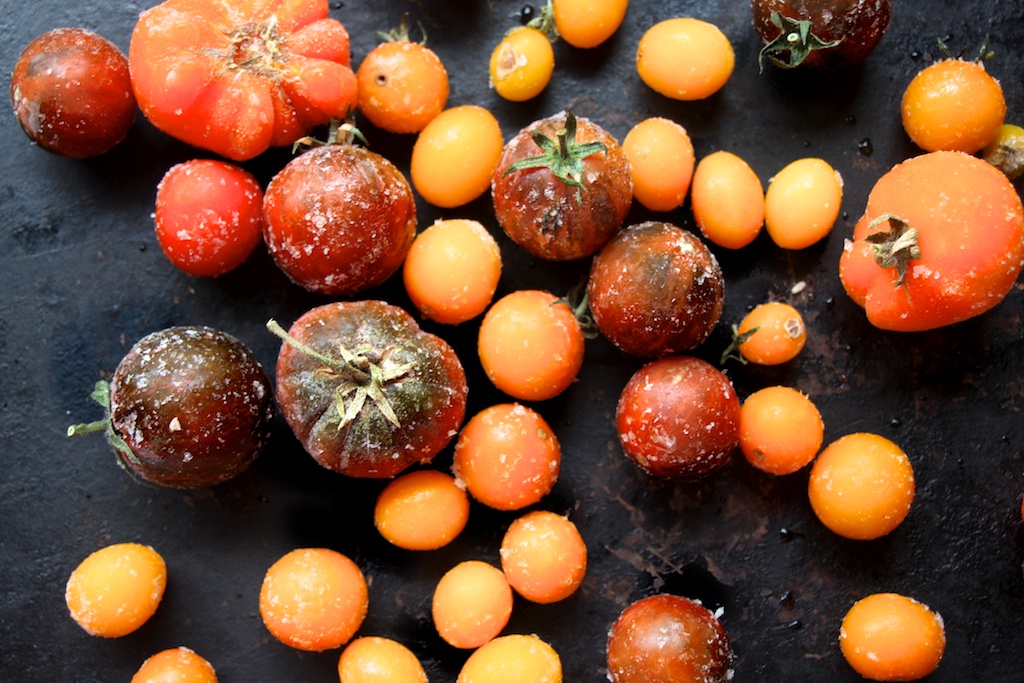 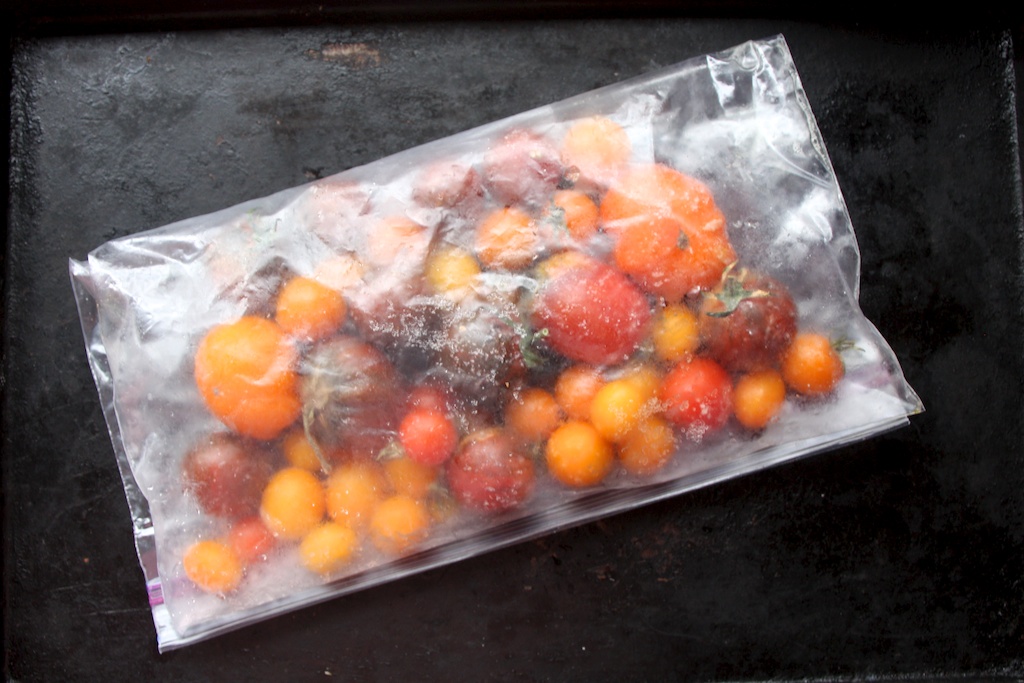 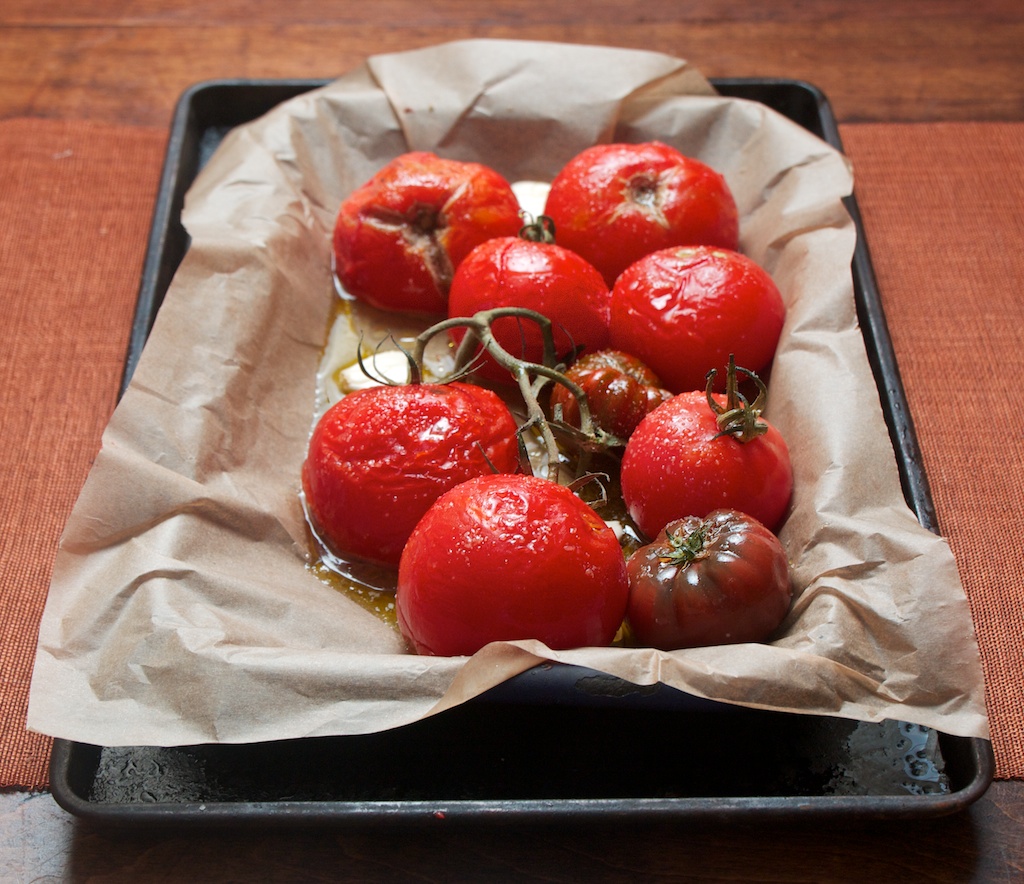 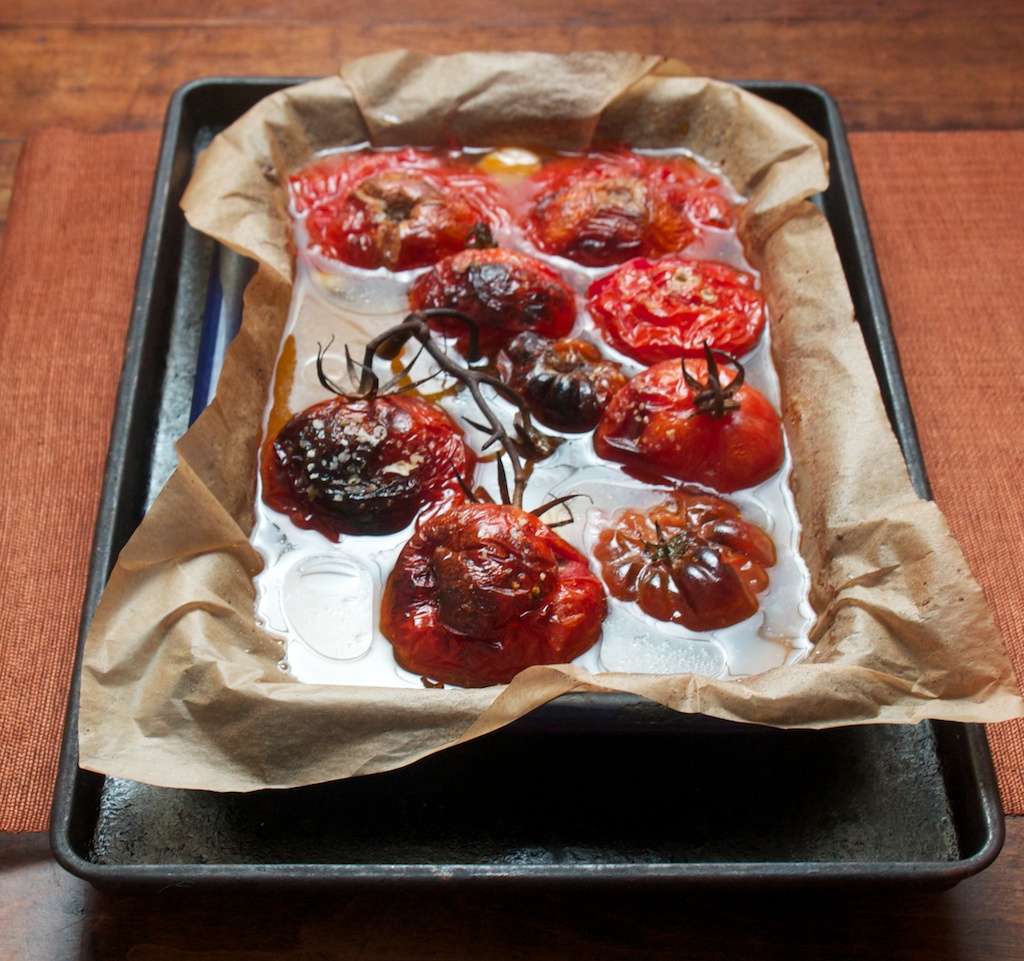 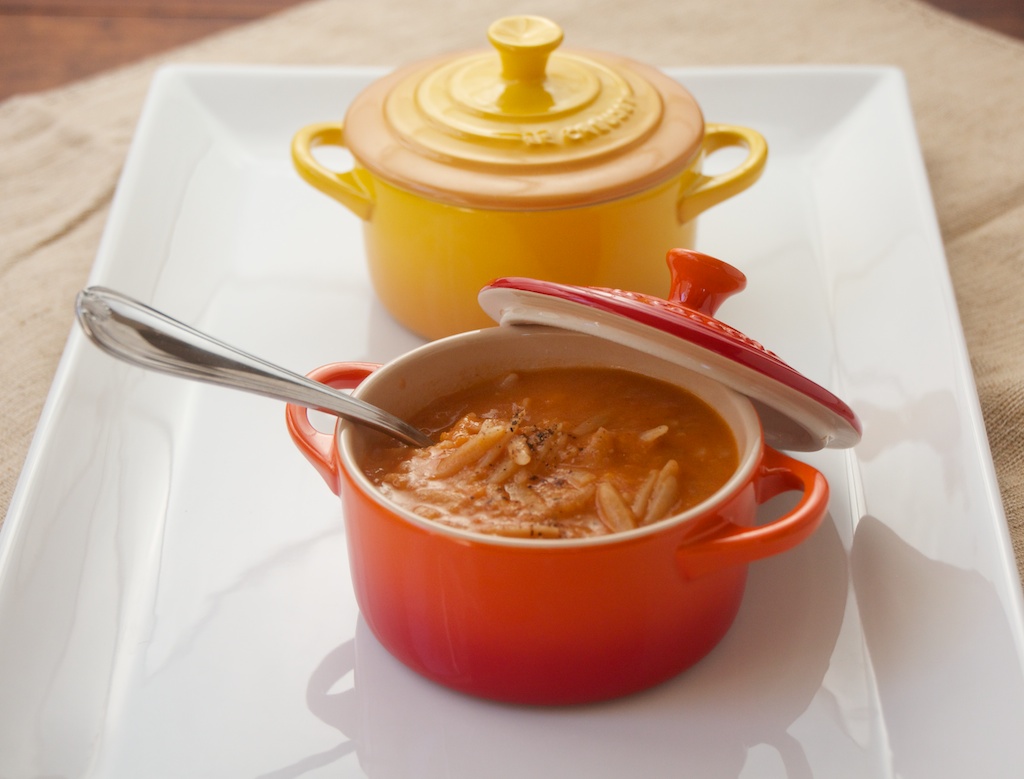 Our Life in the Kitchen — Tomato Soup