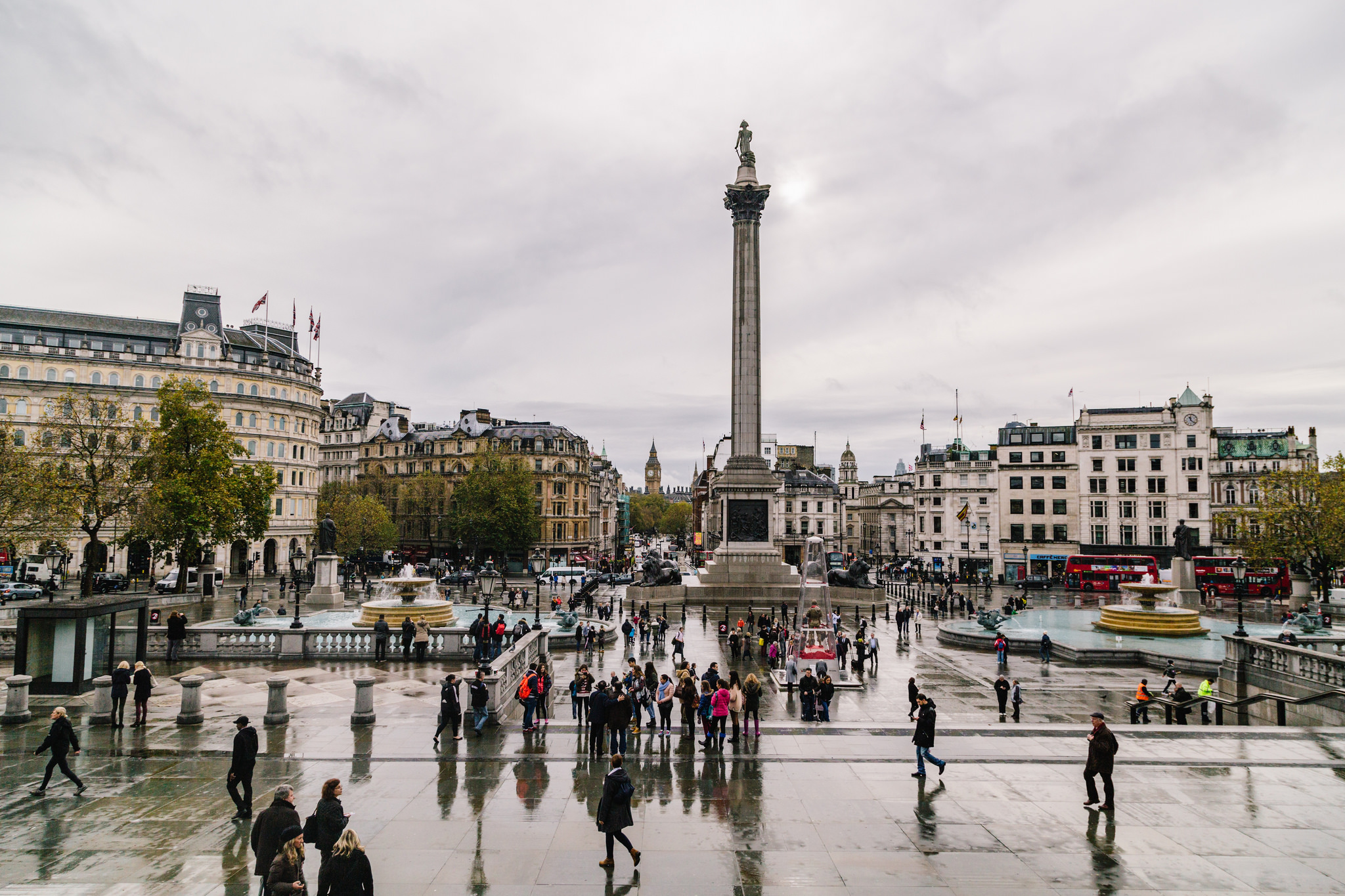 In two weeks, we’ll be traveling again. We’ve been told that’s what we do; we travel instead of vacation. I had no idea there was a difference when the elderly Welsh man who asked if we were Americans explained it over our dinner of fish & chips with mushy peas. He was right. That makes me our official travel planner. Although everything is nearly always set in stone with arrangements made and checked, then checked again, our trip doesn’t seem a reality until I feel the butterflies of excitement for the first time. That was yesterday, and since that moment, I’ve thought of little else. After a brief stop in London, we’ll head to Scotland–our first visit there.

We always look forward to a stay in London, no matter how short. It’s almost a necessity in order to catch our collective breath after an eleven-hour flight, but more, it’s a reason to discover something new in a place we now feel very comfortable in–so much so, we’ve thought of living there part of the year. But that’s another story. 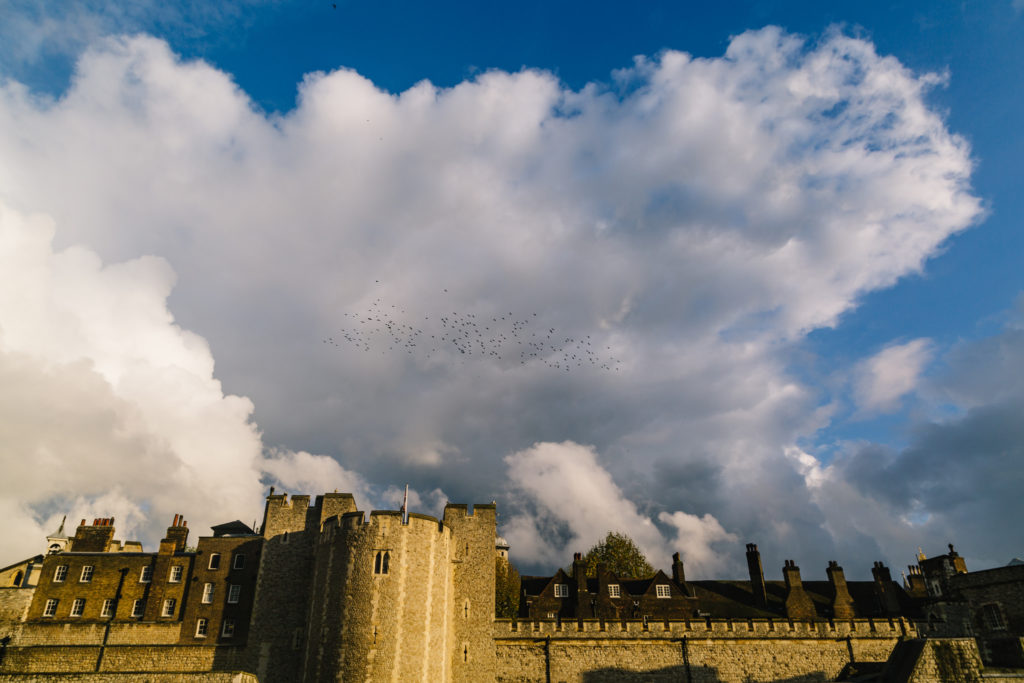 Our first trip to London was about 15 years ago. We were traveling with our youngest, and with his interests in mind, drove through Wales to enjoy several ancient castles before heading back to London for two nights. As one might expect, with only a day to take in the sprawling city and a 10-year-old in tow, we weren’t able to cover much ground. We spent time in Westminster Abbey before heading to the Churchill War Rooms to languish in the history frozen in time. A visit to The Tower of London was squeezed in just before closing time to end the day. We were exhausted considering that was the last day of our vacation, so plans for a Jack the Ripper walk were curtailed and a search for the perfect place to have dinner began. Aimless wandering and hoping for the best was more the case and we ended up in some Italian restaurant on a street none of us can remember the name of.  As we packed that night, I remember tears and a plea to extend our stay a couple of days. I knew I wanted to see much, much more and I had no idea when or if we would return. 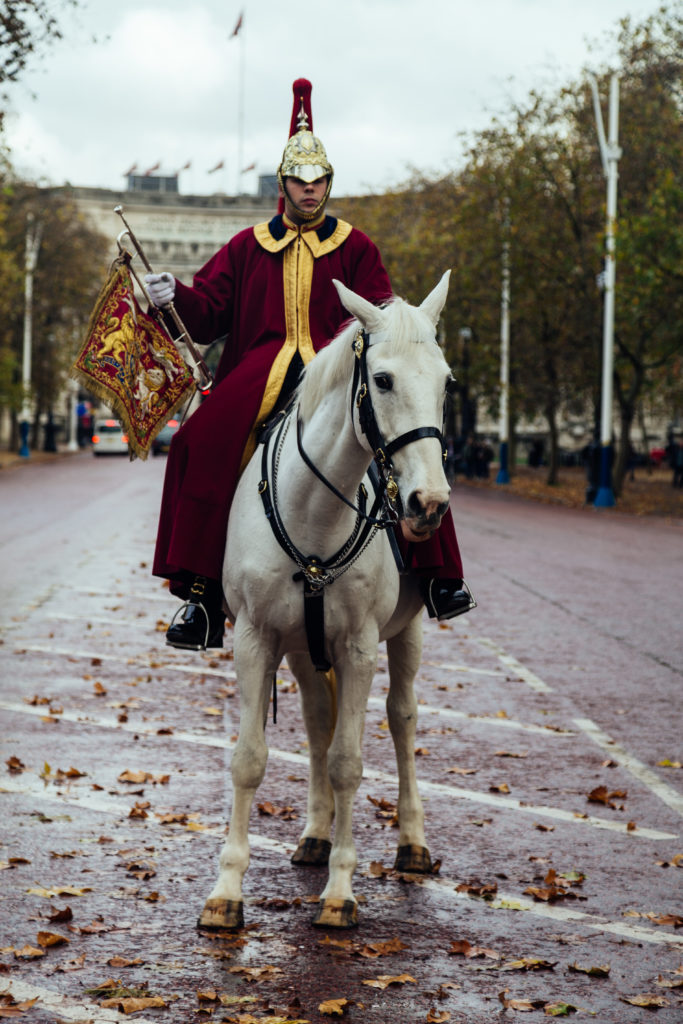 Seven years later, we returned to London accompanied by my husband’s parents. My father-in-law had always wanted to visit and as a surprise at Christmas, we volunteered to function as tour guides for their trip. Clearly, our 36-hours of previous experience qualified us for the job! We planned to spend four nights in the city before driving nearly 1,000 miles from Canterbury, along the southern coast of the English Channel, then cutting up to Blenheim Palace and the Cotswolds, and the countryside just west of Worcester. York and then Cambridge followed before our return to London for our long flight home. It truly was an epic adventure full of great memories. 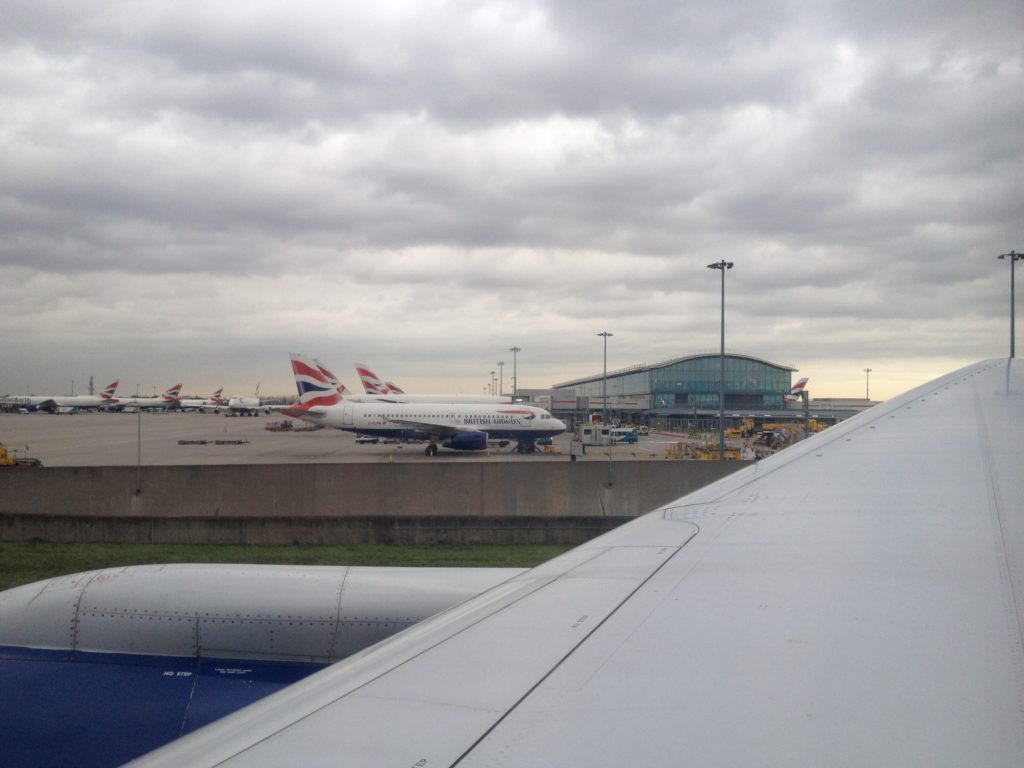 The third time we were in London, we never actually planned to be there. And if I’m accurate, because we only stayed in a hotel near Heathrow due to a missed connecting flight to Paris, it doesn’t actually qualify as a visit. I do remember thinking it might have been nice to take the Underground into the city just to pass time while we waited for another flight, but the goal was Paris, and we wanted to make sure Murphy’s Law didn’t make more of an appearance that it already had. That was five years ago. 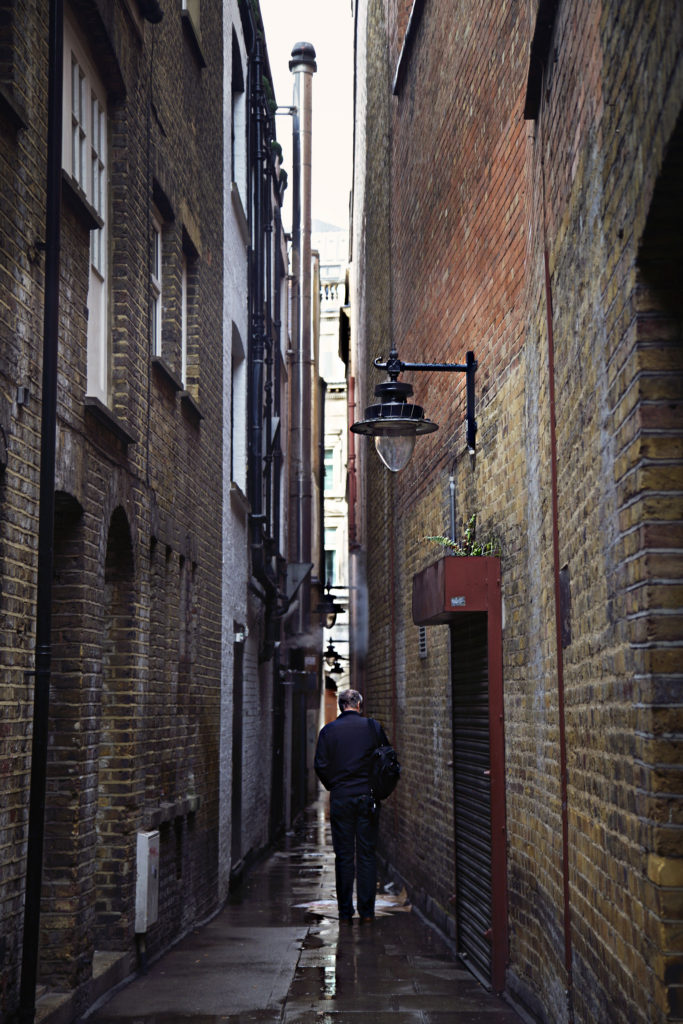 Late one summer a few years ago, my husband asked me if I could go anywhere for a week, where would it be? I waxed on for a while, polled friends, and considered places I’d never really spent much time thinking about visiting. In the end, he really wanted to return to London, minus car rentals, multiple hotel or B&B reservations, and wallow in the indulgence of having to unpack suitcases just once. He wanted to stay an entire week.  It was our most memorable trip yet. But I had already begun to mentally plan for a walking trip through the Southwest countryside. I knew our return wouldn’t be long off. 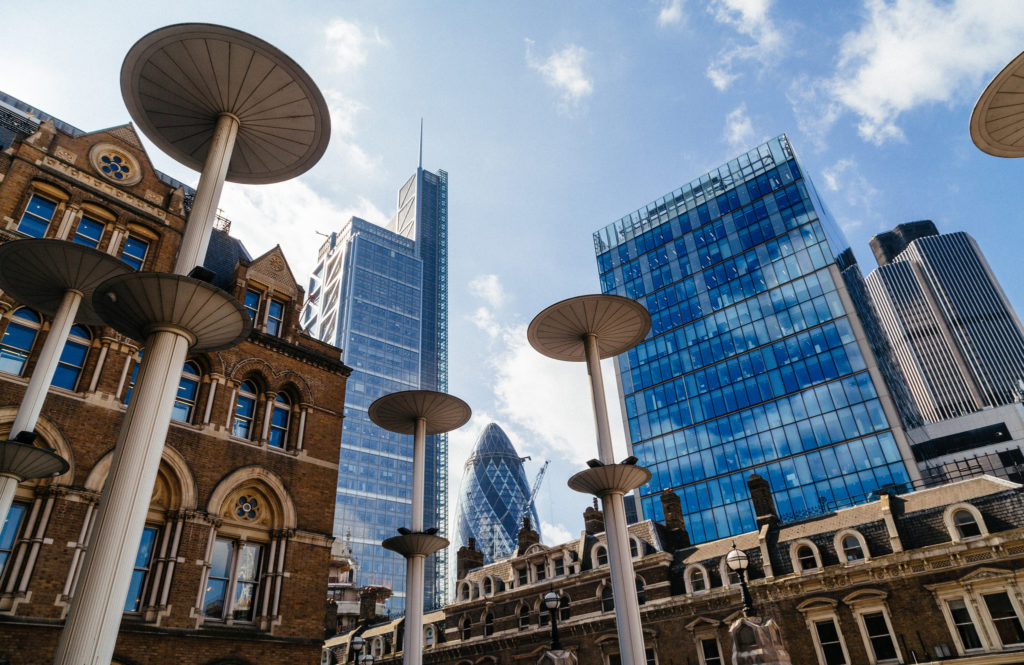 In no particular order, here is my list for the “10 Best London Activities for Travelers” we’ve enjoyed over the years.

My husband’s list isn’t all that different, but we agreed he’s more interested in attractions, leaving the shared experiences for myself. For information, click each numbered item. 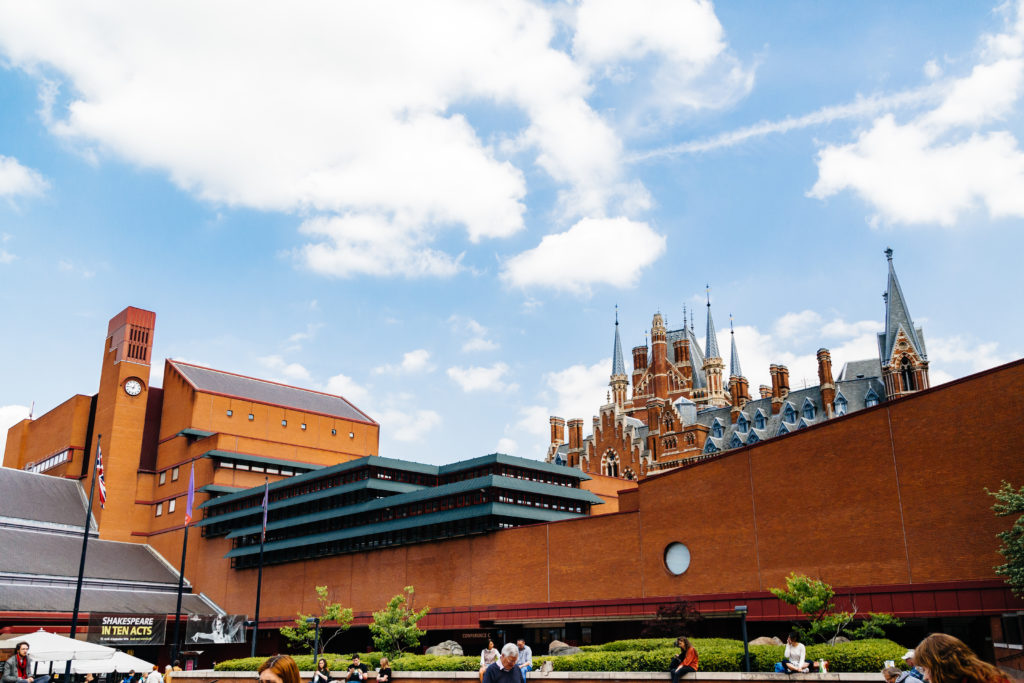 The juxtaposition of old and new, stark and higgledy-piggledy is always fascinating. I take many photos, then enjoy doing the research when we return home. My husband exercises patience and holds the camera bag. Invaluable! 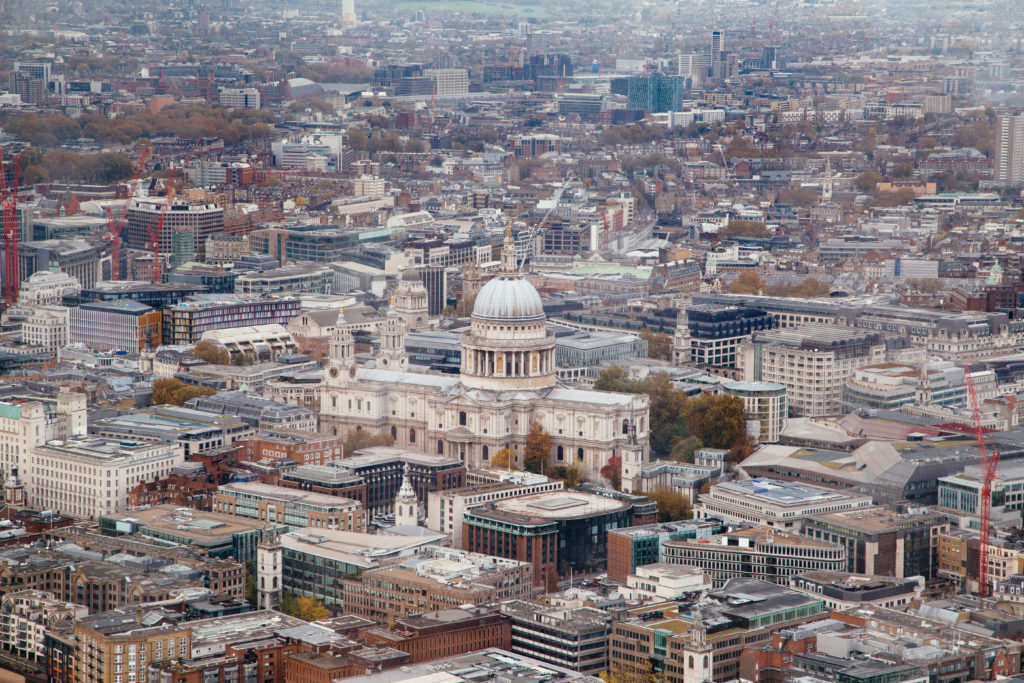 2. The view from The Shard.

Even on a rainy day, the perspective is incredible. I’m so used to looking at London on a map that this view provided me with a much needed perspective. If you go, do so on a Monday and you’ll avoid lines. Don’t forget to visit both the open and closed observation decks and absolutely visit the “loo” while you’re there. It’s one of a kind. 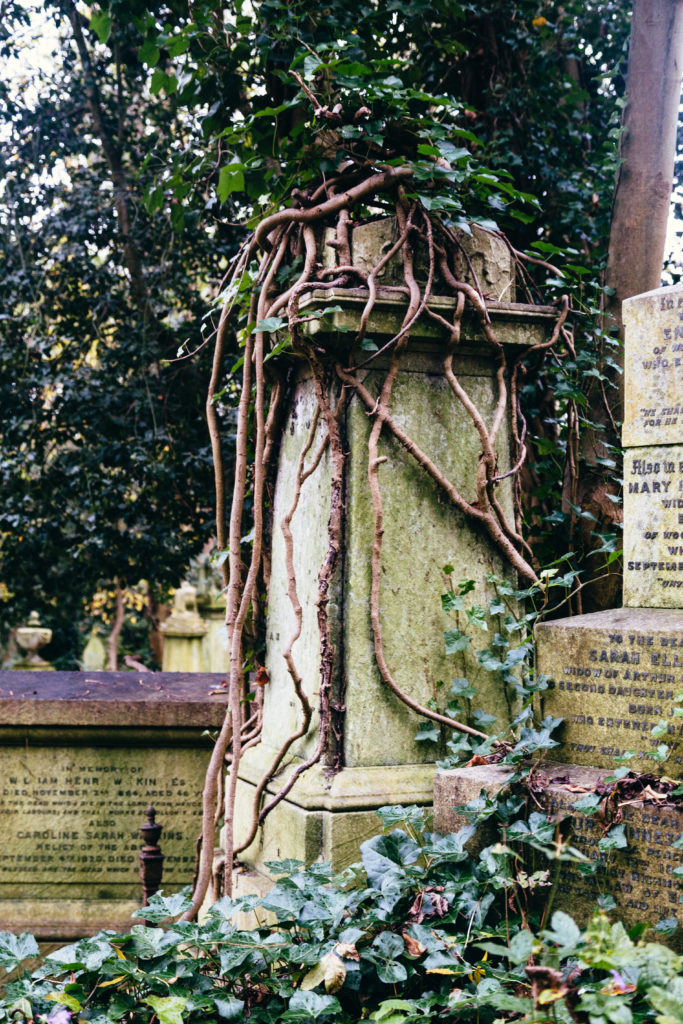 Historically and atmospherically mesmerizing. Although it’s been cleared of much of the ivy and overgrown trees to preserve the monuments, the beauty remains. The West Cemetery is by tour only and so worth the time to make the reservation. The groups are quite small, the guides volunteers who are very knowledgable.

House of Commons and  the House of Lords. We’ve been more than once. The House of Commons wins. Their lively discussions combined with comings and goings during a vote are all interesting.  Goal: To be there during the Prime Minister’s Questioning Hour. If you go, no ticket or appointment is necessary. Absolutely no photos past the Great Hall (which is worth going just to see that). 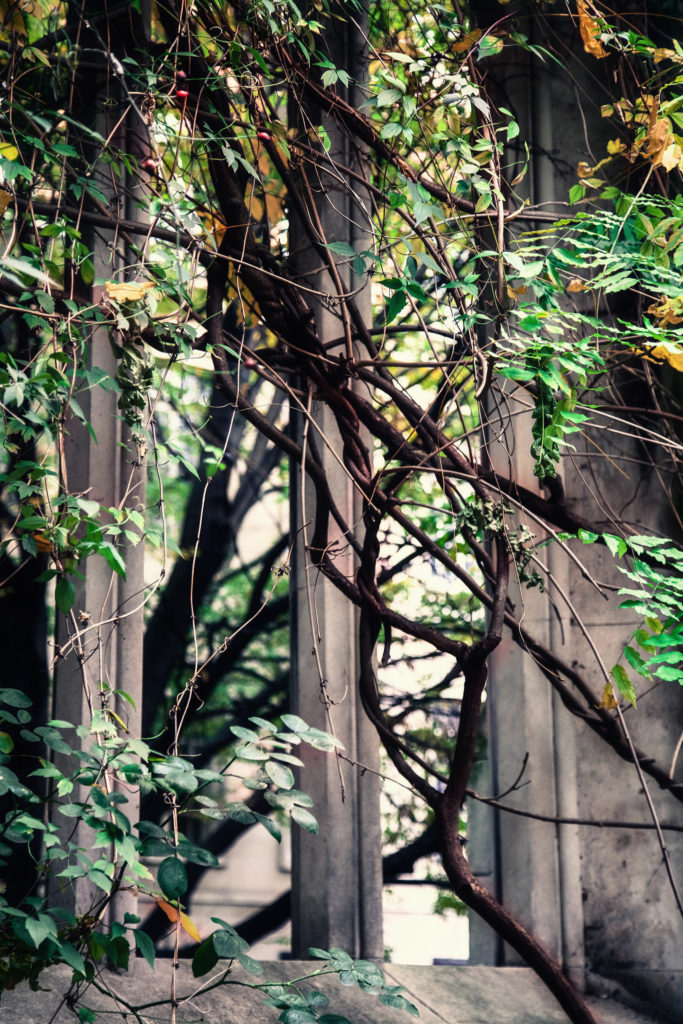 The church is in ruins and is a garden in the midst of perhaps the world’s busiest city, yet it’s a quiet, peaceful place with shade and a perfect place for a break. 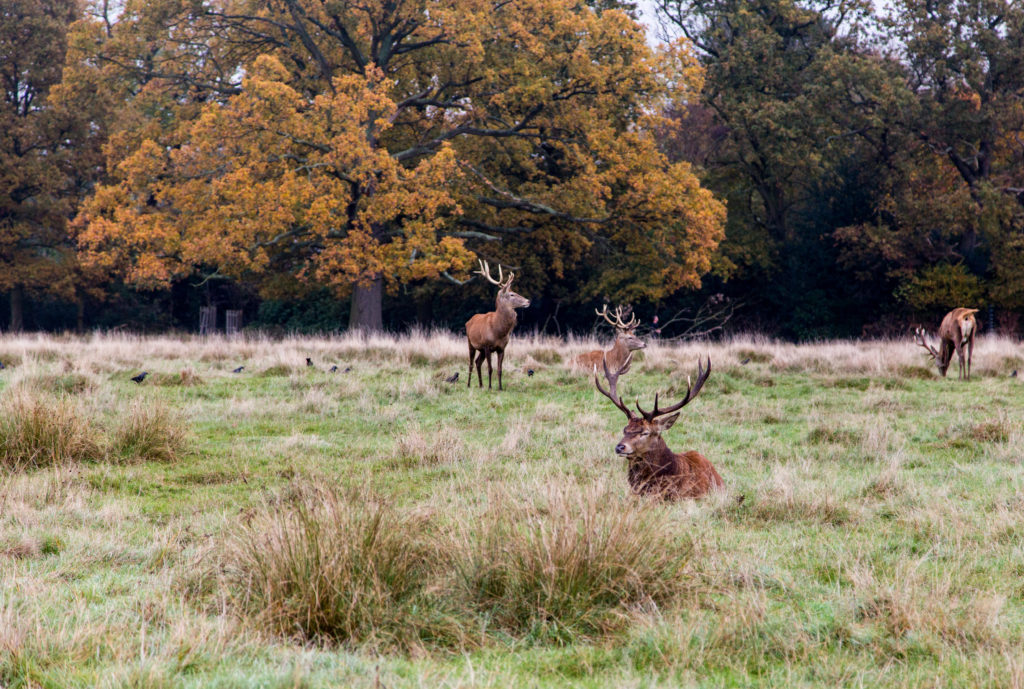 We went to find the deer on the way to Hampton Court Palace and never quite made it. An incredible place to walk and explore. It’s outside of central London, however, so a good ride on the Underground is necessary. 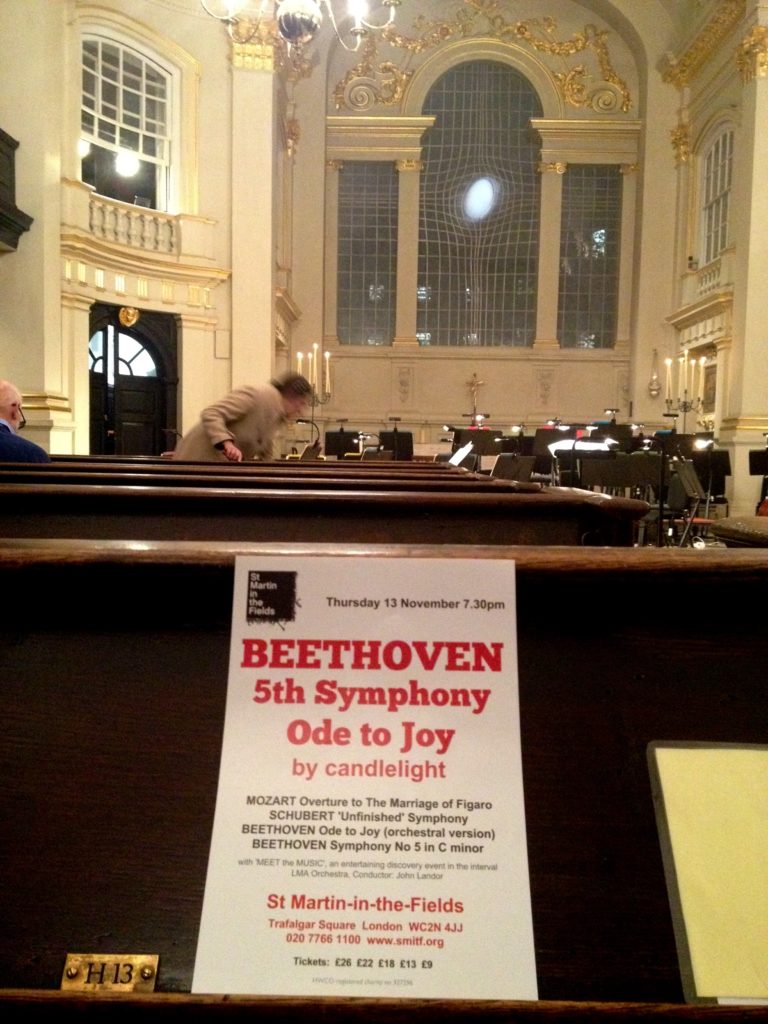 Beautiful venue for music, interactive, special. Check the calendar and cross your fingers that something will be on while you’re in London. Booking on line is simple.

An ethereal way to enjoy the interior architecture of a beautiful building. No interior photos allowed. (However I do happen to have a couple which were taken quite accidentally. It seems others were having the same difficulty at the time.) Mum’s the word. 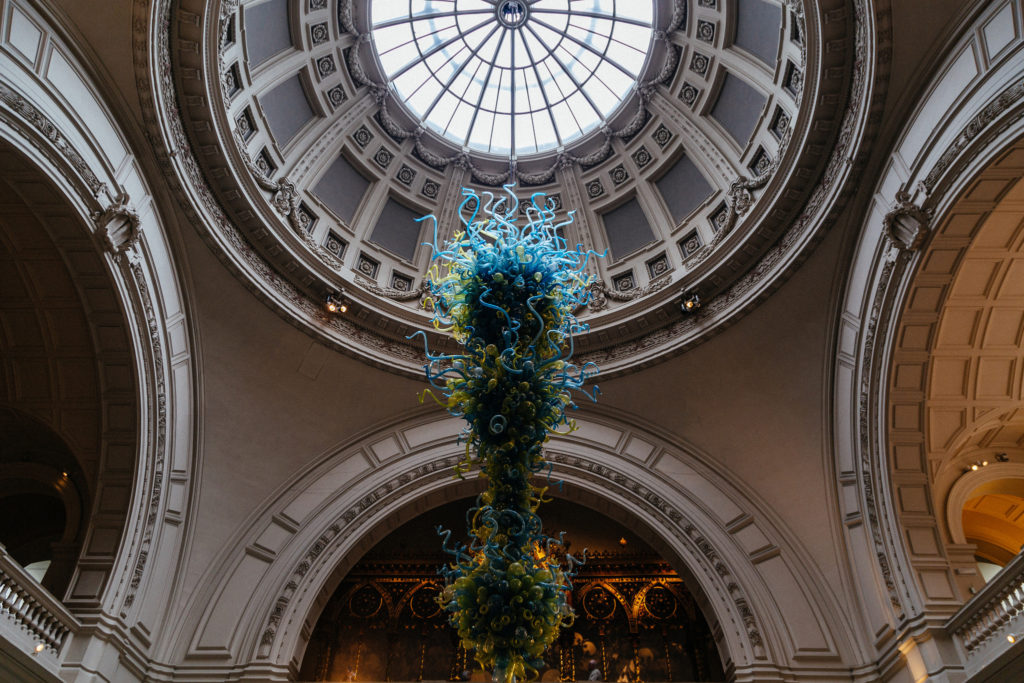 Oh, those textiles from across the ages! And so many other beautiful artifacts to enjoy:  the jewelry, the Theater & Performance Collection, Architecture…way too much to see in one visit. 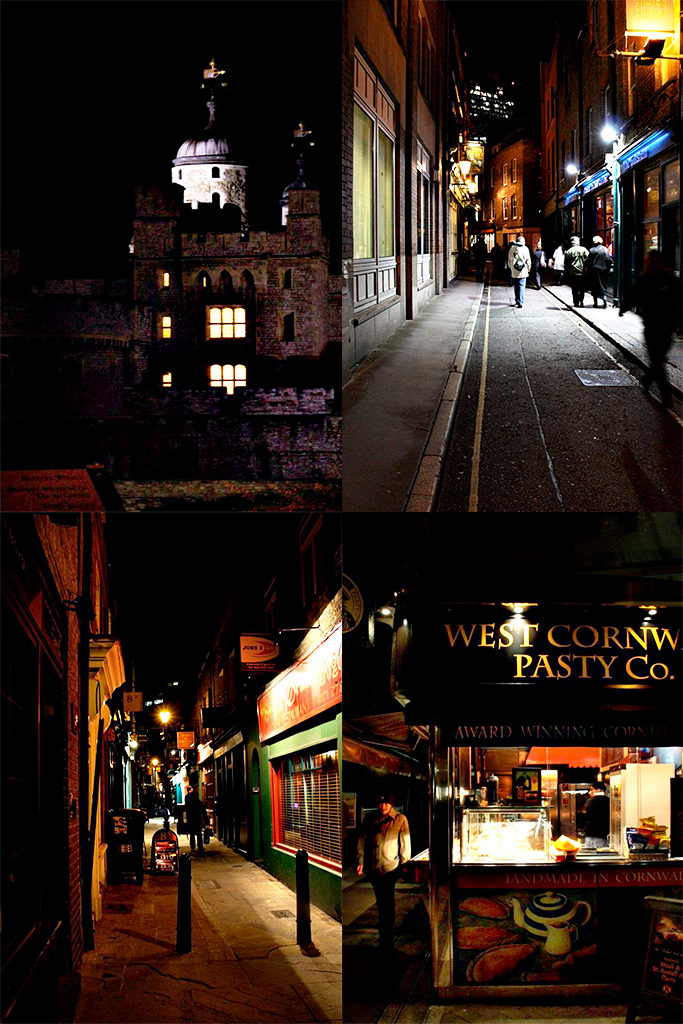 I know, I know. But it was thoroughly entertaining. Our guide was knowledgeable and brought the history to life with his excellent storytelling skills. I’ll never forget the end when we snapped out of our history cocoon and realized we had no idea where we were and had to find our way back to the hotel. The Cornish Pasties just before we found the Underground station were the perfect comfort food to soothe a few nerves.

In the event you might think I’d completely forget including food, here is my list of 10 Best London Food & Drink Experiences for Travelers collected over time:

Wondrous! The aromas, the selection, the beauty of fresh food. I doubt I’ll see anything like this again. (Well, unless I go to Barcelona, or Mexico City.) Still. I should do an entire piece on it, just to indulge my memories. 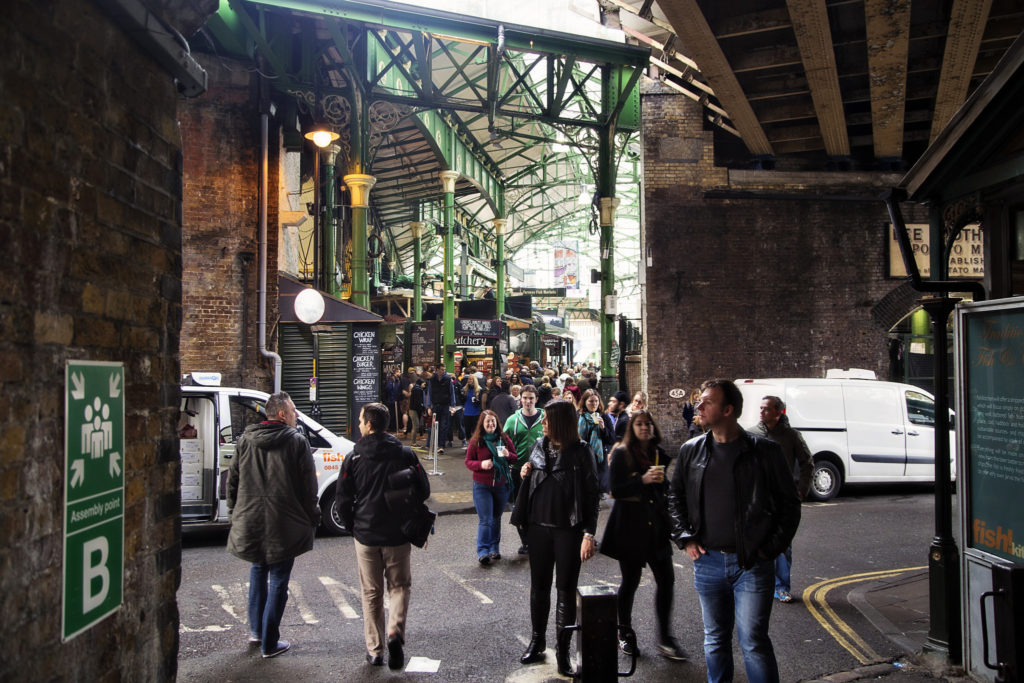 Seven course tasting menu and probably the best meal we will ever have anywhere. Reserve six weeks in advance. They go quickly. 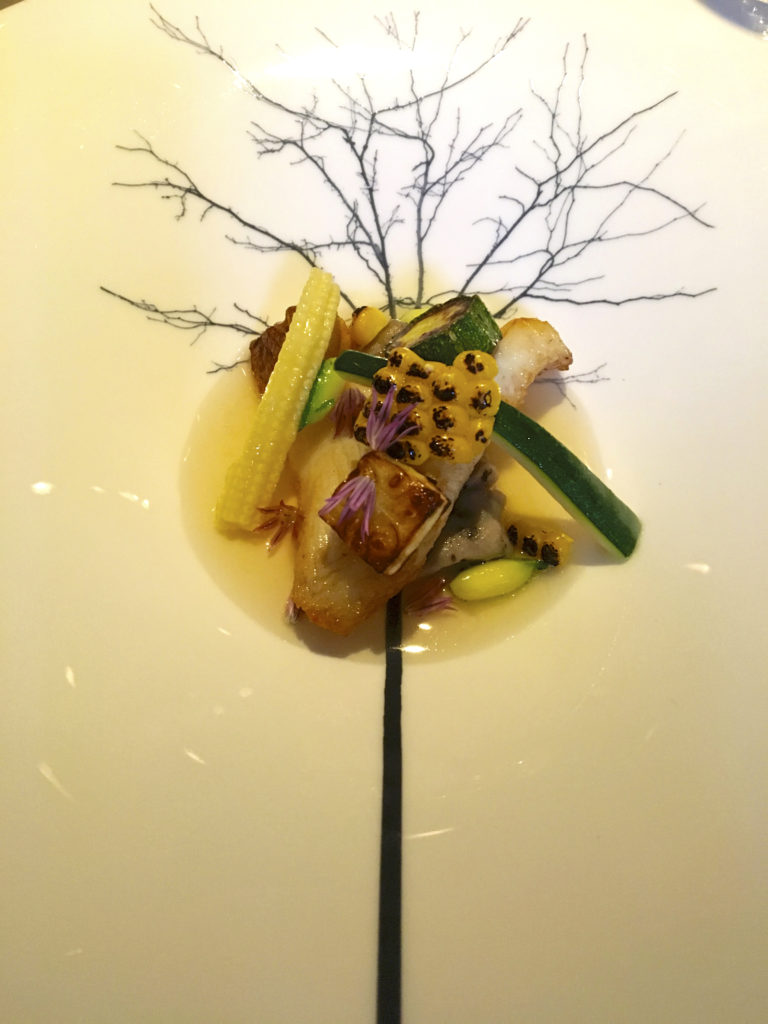 A brunch of Shakshuka for two: red for me and green for him.  If you love cooking from Ottolenghi’s books as much as I do, this is a must have experience. While you’re in the area, you can take in the Old Spittlefields Market. 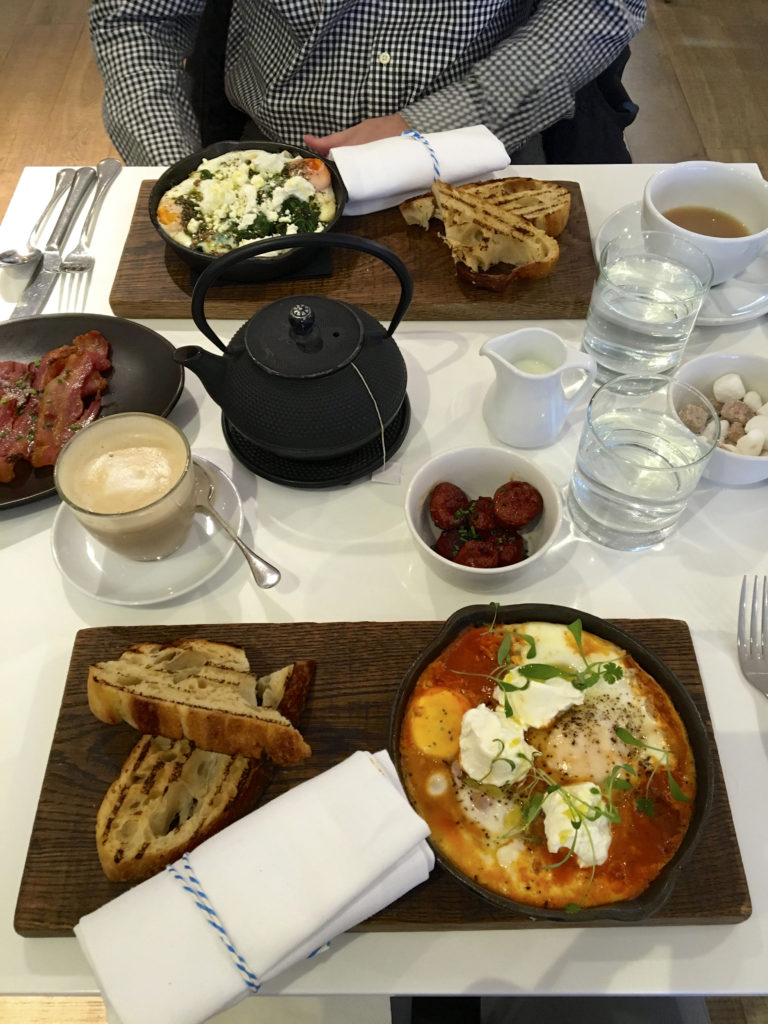 Tea & Champagne for Four. Then add the Fromagerie, Boulangerie, Confectionery, Deli, and the Gourmet Grocery. Not to be missed. 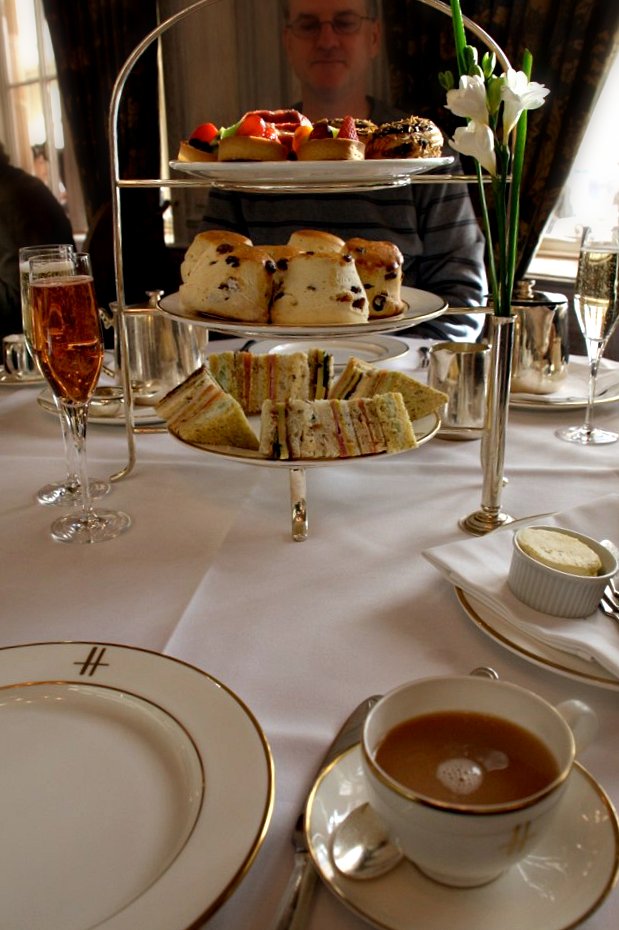 Pre-concert dinner of roasted grouse complete with buckshot! We were warned, and yes, we’d return. Excellent food, great character, and lively conversation with a couple next to us who discovered we were Americans. 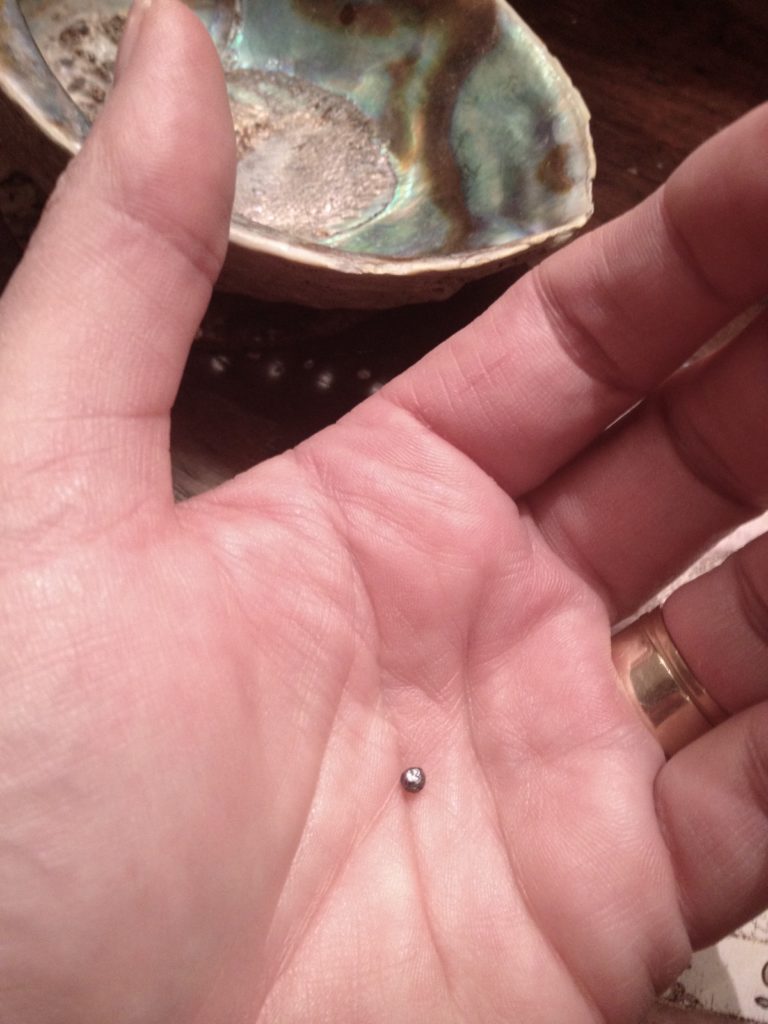 6. The American Bar at the Savoy.

Cocktails for two to celebrate our first night in London. It’s worth it to go just to look at the drinks menu which has remarkable, one of a kind concoctions made with rare ingredients. 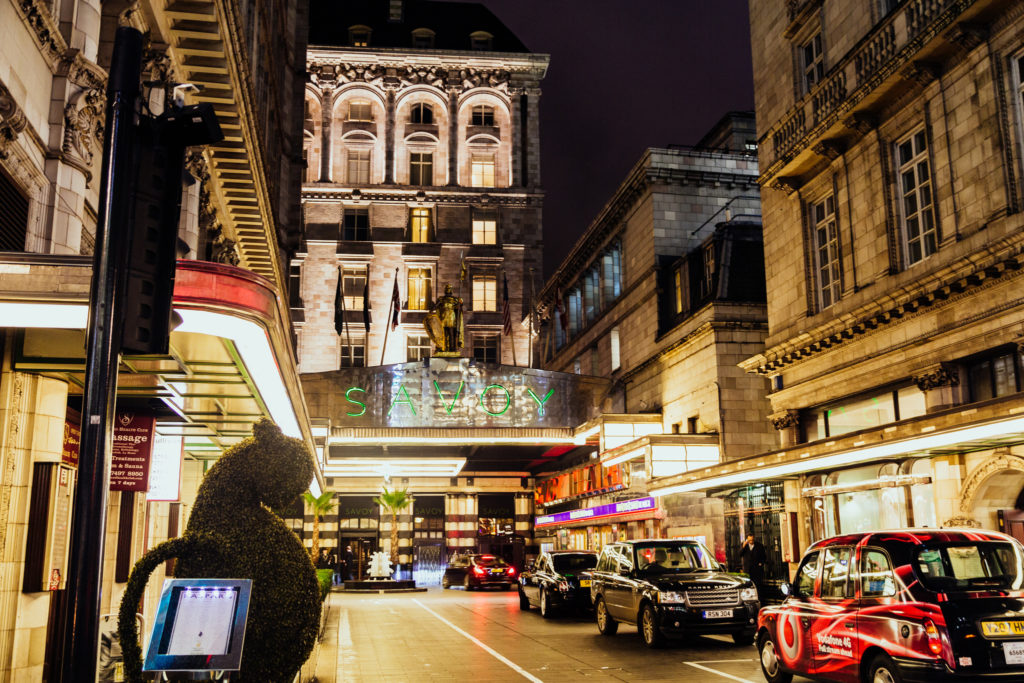 7.  The American Bar at the Stafford London.

After a performance at Shakespeare’s Globe, late night drinks & small bites. Hotel guests are welcome to stay past closing. 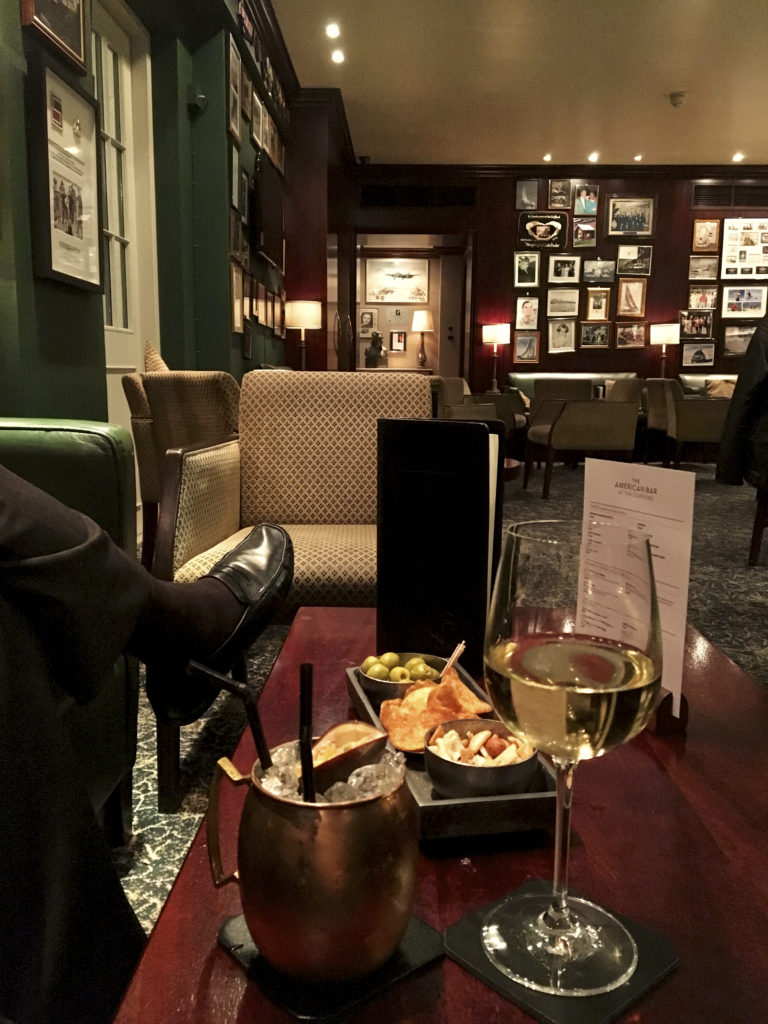 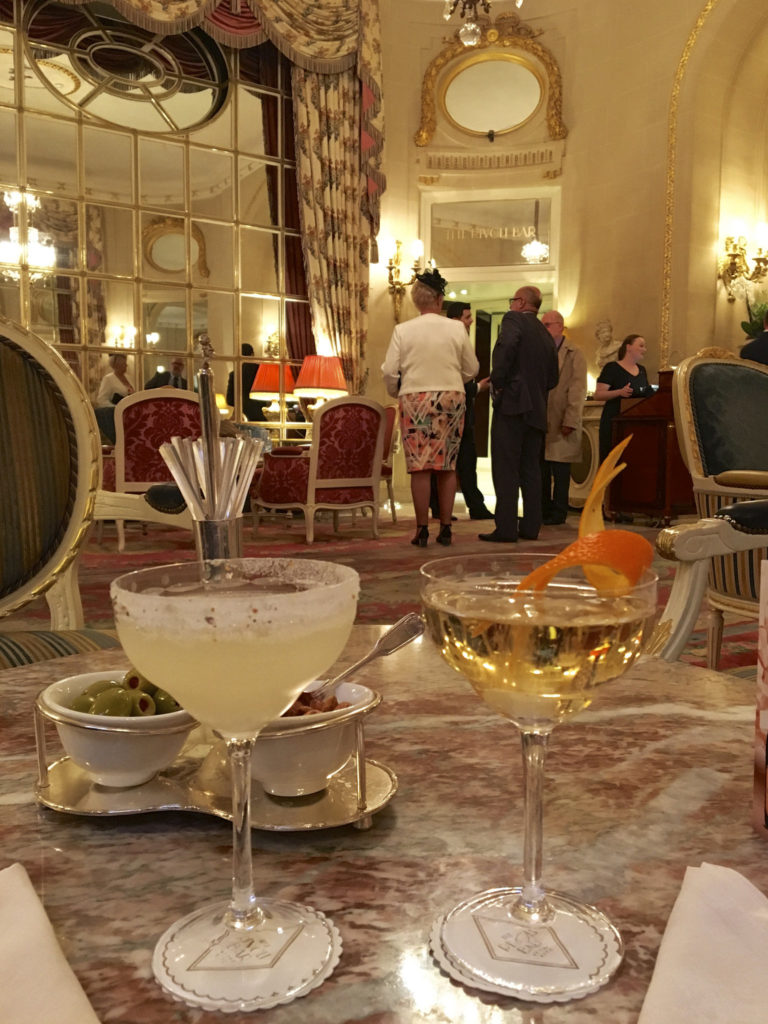 Shopping for any occasion, or simply oogling the selection (and the price tags!) The window displays are always beautiful. 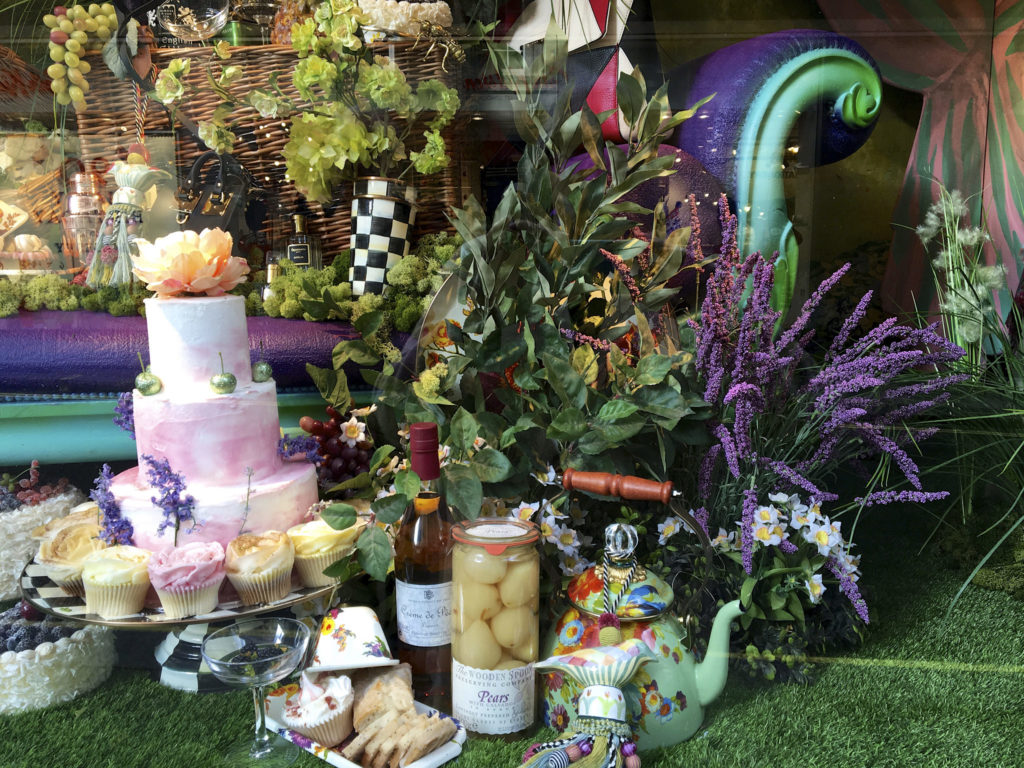 British Beef & Ale Pie with a couple of pints to wash it down.  This was taken on our second trip and launched our 2-week long pub crawl through England. 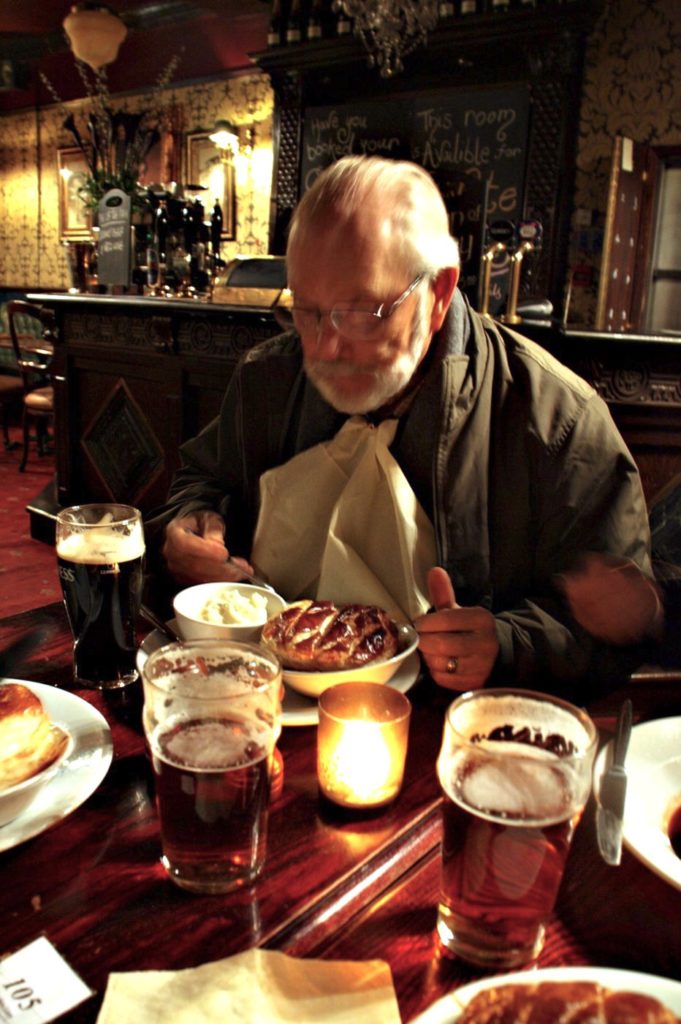 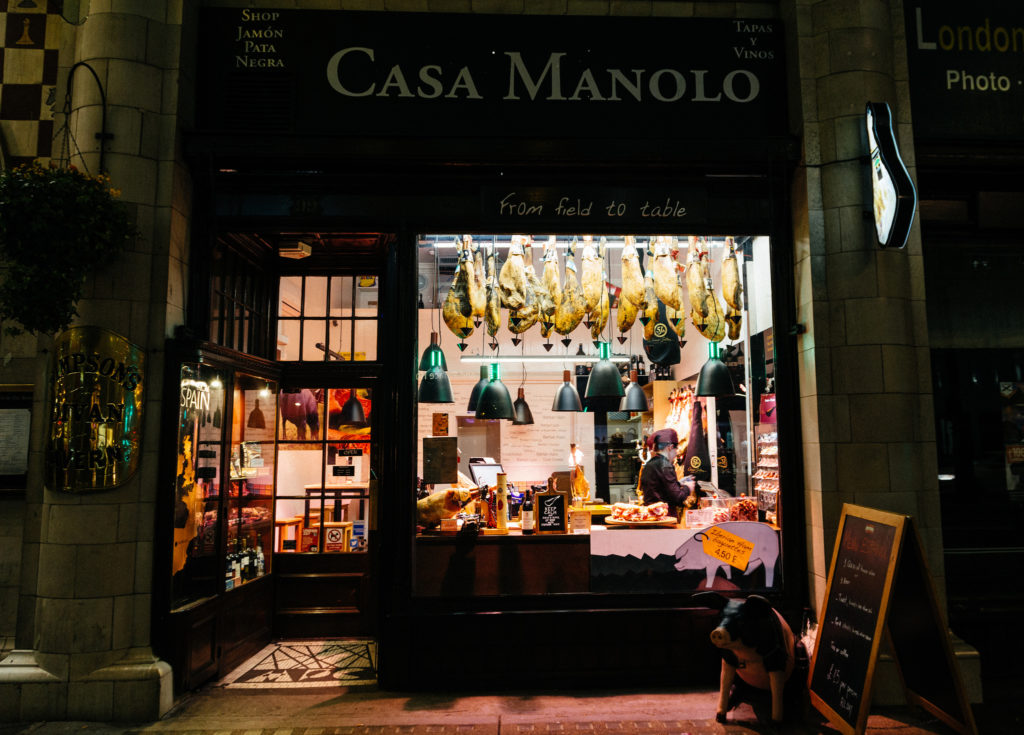 If you enjoy London as much as we do, what are some of the places and experiences you’ve had that are memorable?

If you’ve not been to London yet but hope to one day, what is on your must see or do list?