So Much for Cooking in Rome 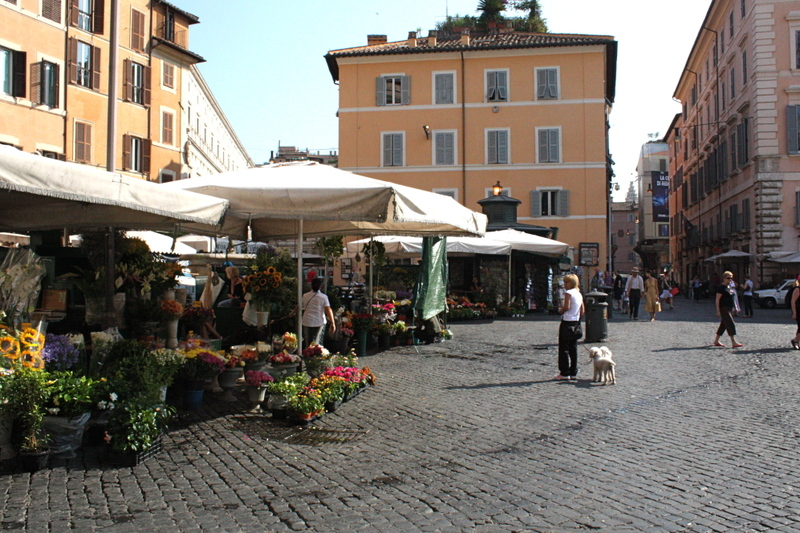 We arrived back home from Italy after our nearly two-week vacation completely exhausted.  I’ve never been able to figure out how to relax when we travel because we pack too much into each day.  Even though we know we can’t possibly see everything, somehow, we end up acting like we can.

When we left, I had every intention of focusing on food while we were away.  Like that’s challenging when you’re a foodie, right?  And I did look forward to each and every meal even though on most days, lunch occurred at about 4PM and we were beyond starving by that time.  But after taking photos all day each day, the last thing I felt like doing was taking photos of my food.  Besides, I would have been embarrassed in some of the restaurants we enjoyed.

As promised, I did actually use a stove twice while we were in Rome.  The Campo di Fiori is a square not too far from where our rented apartment was.  Each morning, vendors arrived with fresh fruit and vegetables, pasta, bread, housewares, and an array of pasta spices mixed and ready for purchase.  It sounds simple to consider that each day, we would wake up, stroll to the market, make our purchases for the evening meal, then go about our day.  Right? 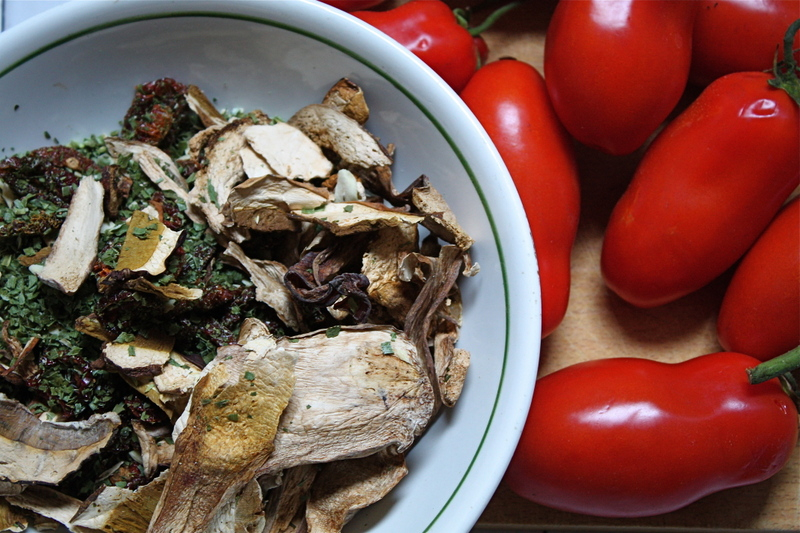 Well, that worked the first afternoon we were there, but only because we had to look for a phone to settle the not so small matter of having no linens in our apartment when we arrived.  Once that was resolved, we took the time to behave the way we thought locals might behave, strolling through the stalls to purchase some beautiful San Marzano tomatoes, arugula, and pasta spices with porcinis from the market just as they were closing for the day.  On the far corner of the square, we found a salumeria and purchased pasta, roasted artichoke hearts, fresh mozarella, goat’s cheese, bread, espresso, and some wine.  Thankfully, the apartment had olive oil and balsamic vinegar so a quick salad of arugula, fresh mozarella and vinaigrette would work well with the pasta. 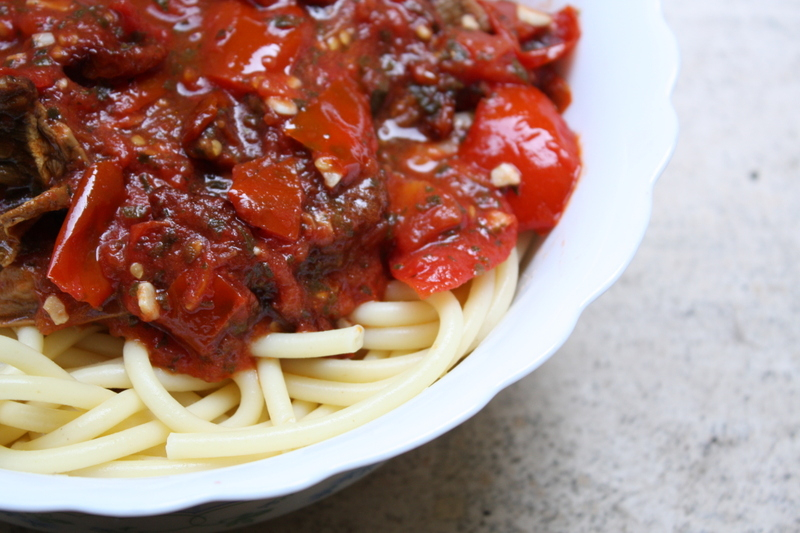 Although it was fun, the flavor of the pasta was lacking.  Somehow I’d forgotten the garlic and as much as I kept adding salt, my husband noticed that I’d grabbed the “diet” salt someone had left in the apartment.  Diet salt?  No wonder.  The boys weren’t too thrilled with the arugula, even though we have it at home regularly.  Somehow, they must have noticed I didn’t pull it from a plastic bag!  Since we had leftovers, I later added the arugula to the pasta, and purchased a nice jar of marinara sauce to mix in along with the left over mozarella.  No one complained this time, and we could all then look forward to restaurant food from that point forward.  So much for roughing it, yes? 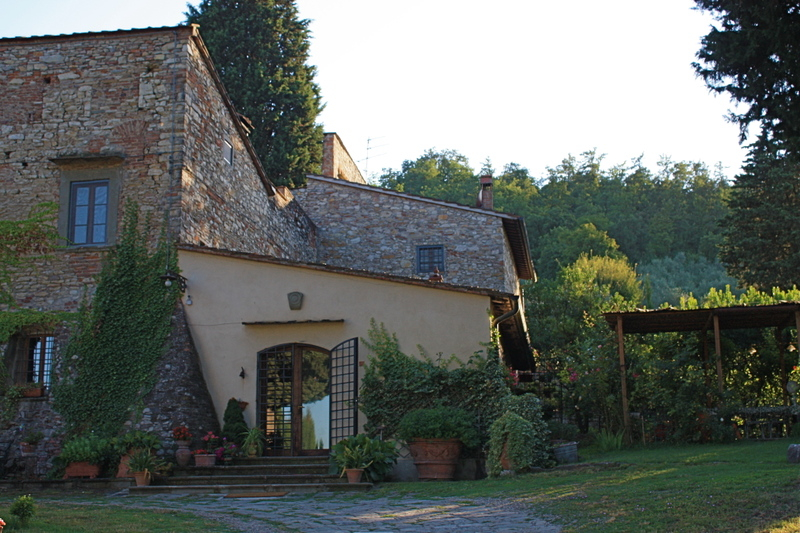 Of the three cities we visited — Rome, Sorrento, and Florence — we enjoyed Sorrento the most.  It was both beautiful and relaxing and we were able to take time for a swim in the Mediterranean. The weather was hot, but the breeze off the water kept it from becoming as stifling as Rome was.  From a food and wine perspective, we only had one meal that wasn’t very good, but that was our fault for choosing a restaurant in a touristy spot in Florence.

The last night there, we ended our vacation as we began by choosing salami and asagio, olives, grapes, apples and pears, bread and wine to enjoy at the gazebo at Fattoria Settemerli, the ancient farmhouse we stayed in outside Florence.  It was a perfect way to end our time there.

If you’re interested in the nitty gritty of our trip, I’m writing about it here, the home of my alter ego.