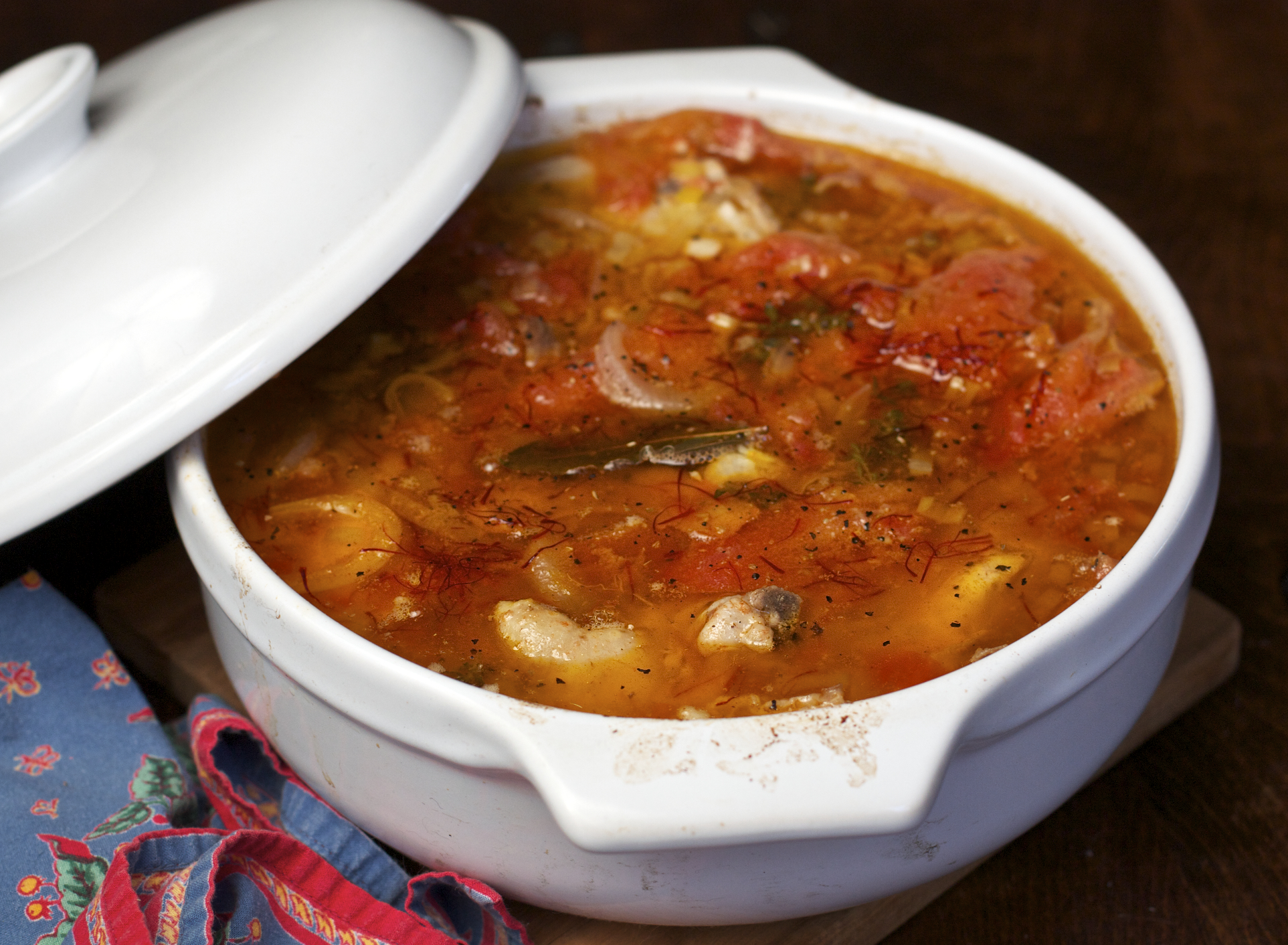 I think the first time I saw Julia Child was on an episode of Martha Stewart more than 15 years ago.  That’s tantamount to sacrilege if you love food as much as I do and I’ve had to think about why I never knew about her.  Her television show ran for a decade beginning in 1963, and that was about the time my family moved to Spain.  We had no television for the four years we lived there.  And once we returned to the States mesmerized by the general idea of television, we were busy watching reruns of shows we’d never seen — most of which were situation comedies.

Now that I think of it, I did watch Graham Kerr, The Galloping Gourmet, so maybe it the culprit was our less than stellar reception in the pre-cable television days.  Who knows, but it wasn’t until I was much older and wanting to put together a multiple course dinner for six with wine pairings (I knew almost nothing about wine) that I bought both volumes of Mastering the Art of French Cooking and began to decipher its then unfamiliar recipe structure. I was fascinated by just how many ways a basic recipe could become something completely different with a few adjustments.

Years passed before I really had the opportunity to get to know Julia —  I tackled her French Bread recipe and have had nothing but admiration for her since.

In celebration of her 100th birthday, I chose a recipe from Volume Two of Mastering the Art of French Cooking:  “Bouillabaisse de Poulet” (Chicken Poached in White Wine with Provencal Vegetables, Herbs, and Flavorings) which included a “Pistou” (Herb, Cheese, and Garlic Finish).

If you enjoy flavorful chicken served in an amazing light sauce, you will love this classic recipe.

Here’s to Julia on her 100th birthday! 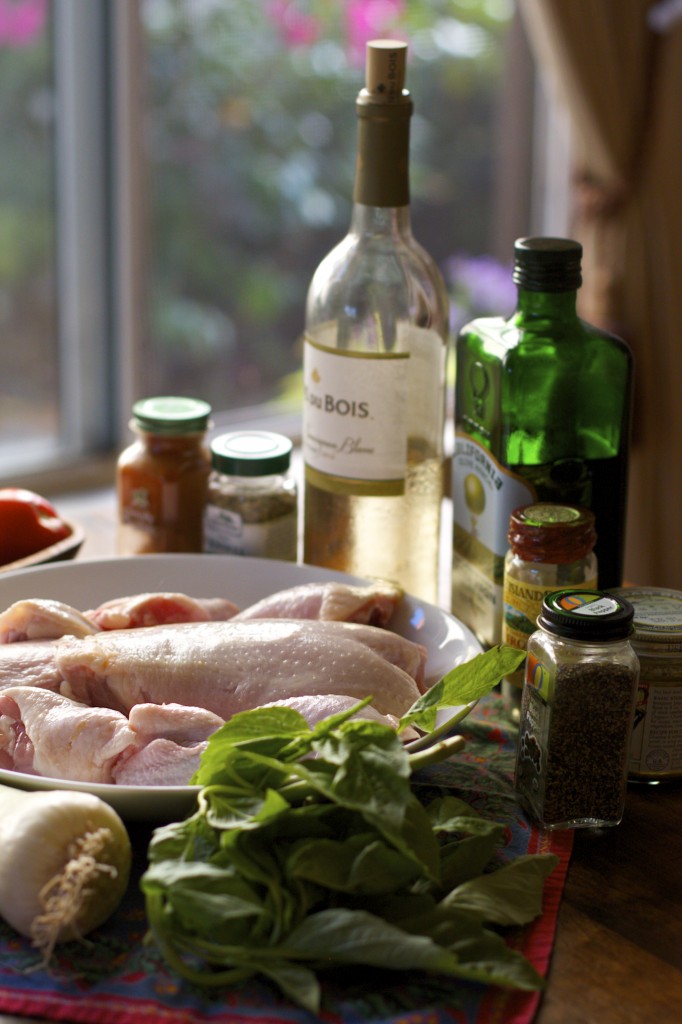 a 2″ piece of orange peel 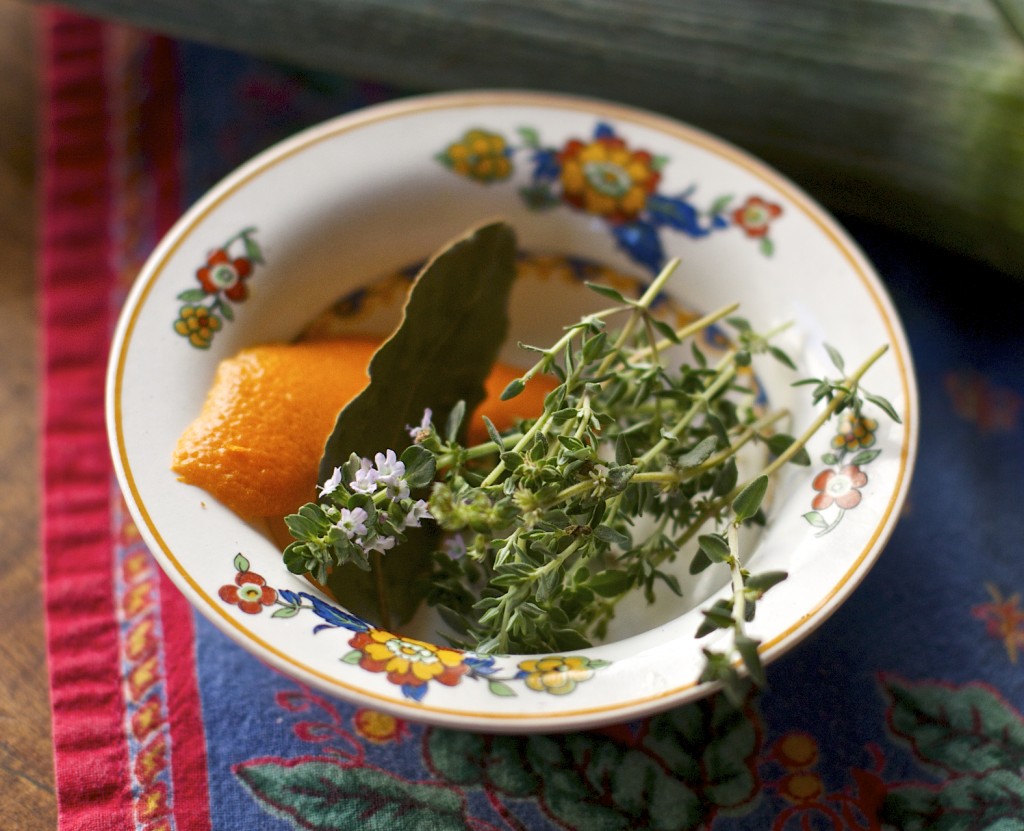 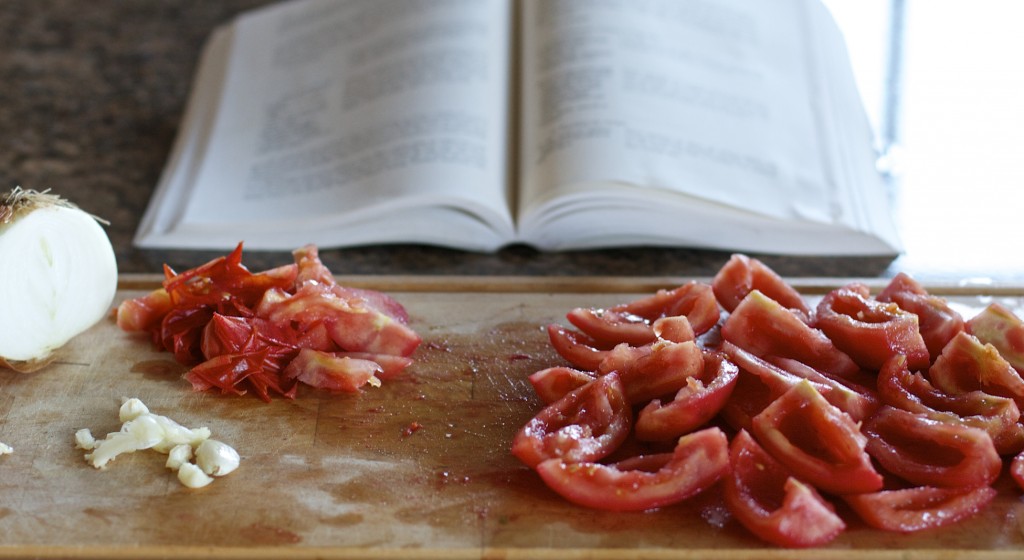 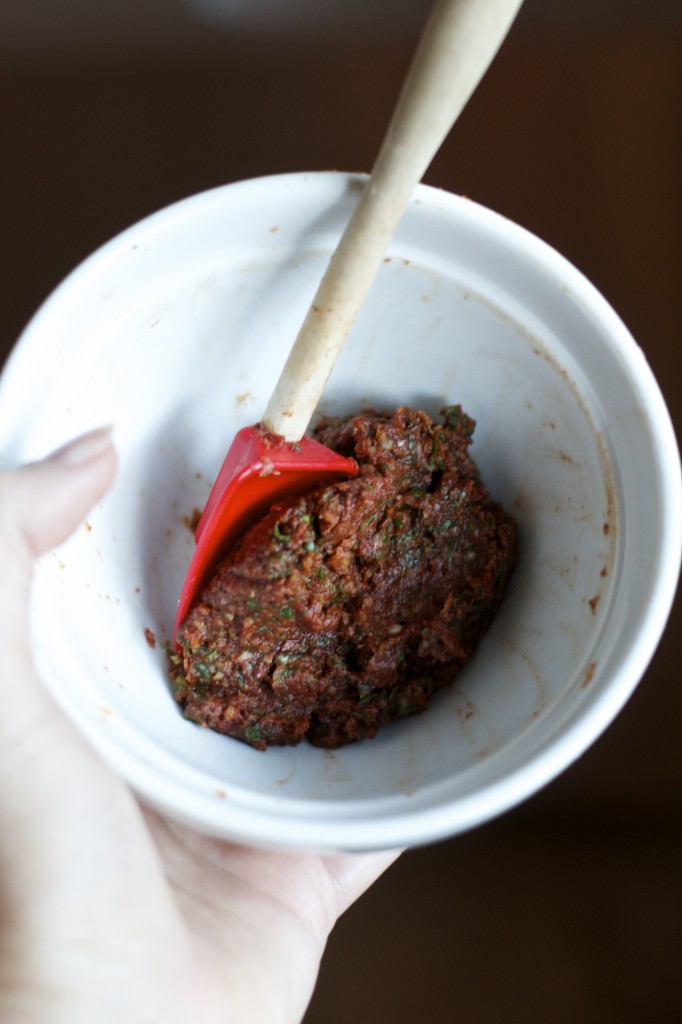 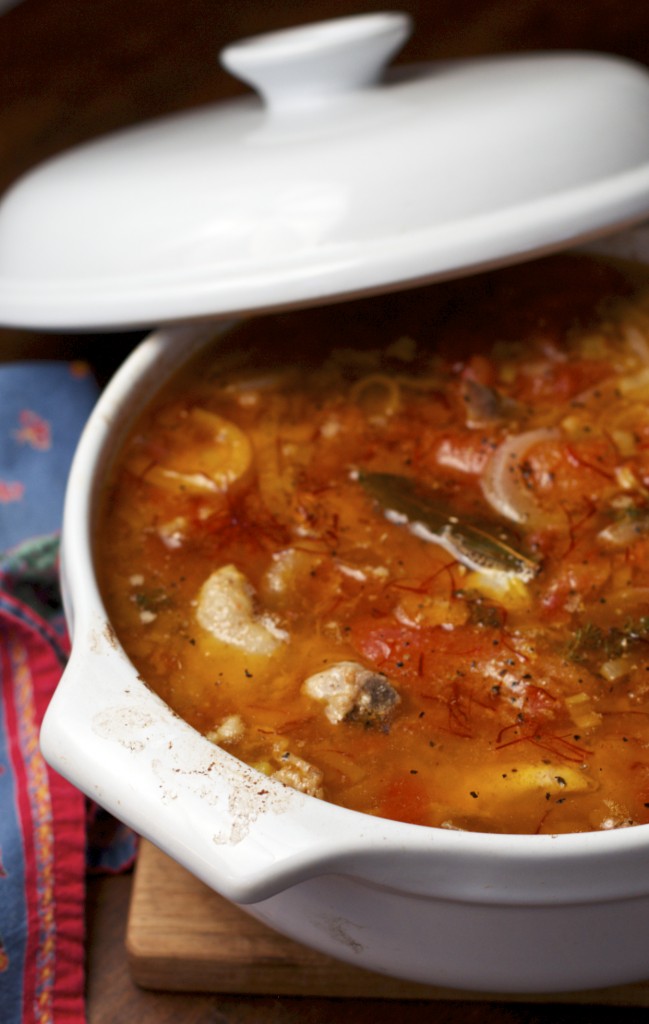 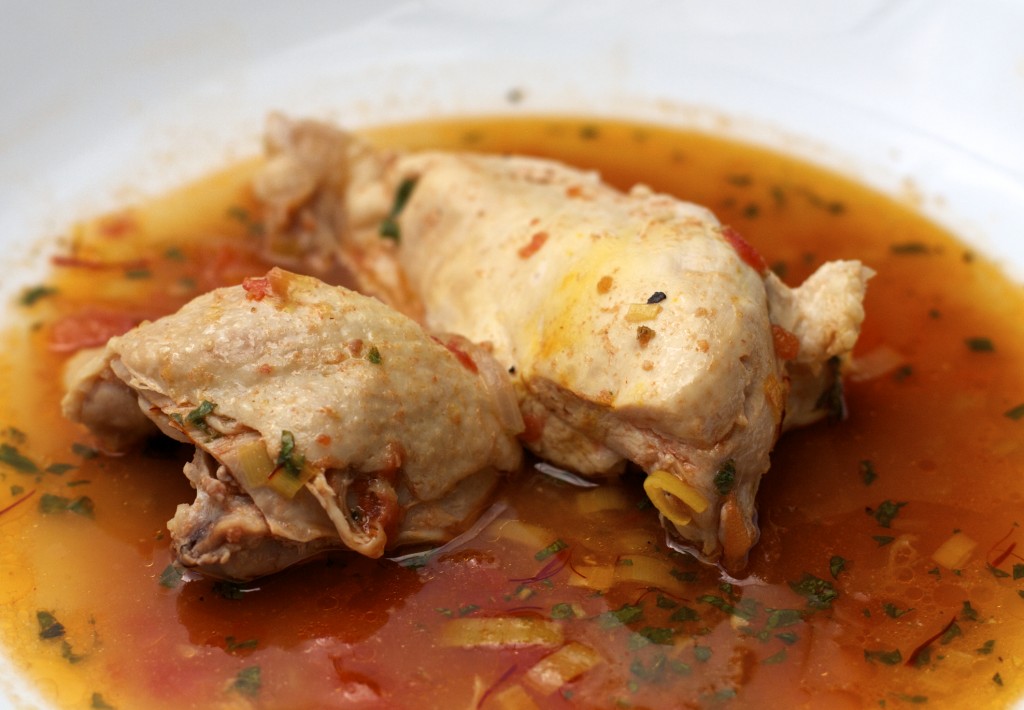 Celebrating Julia Child’s 100th Birthday from Around the Web