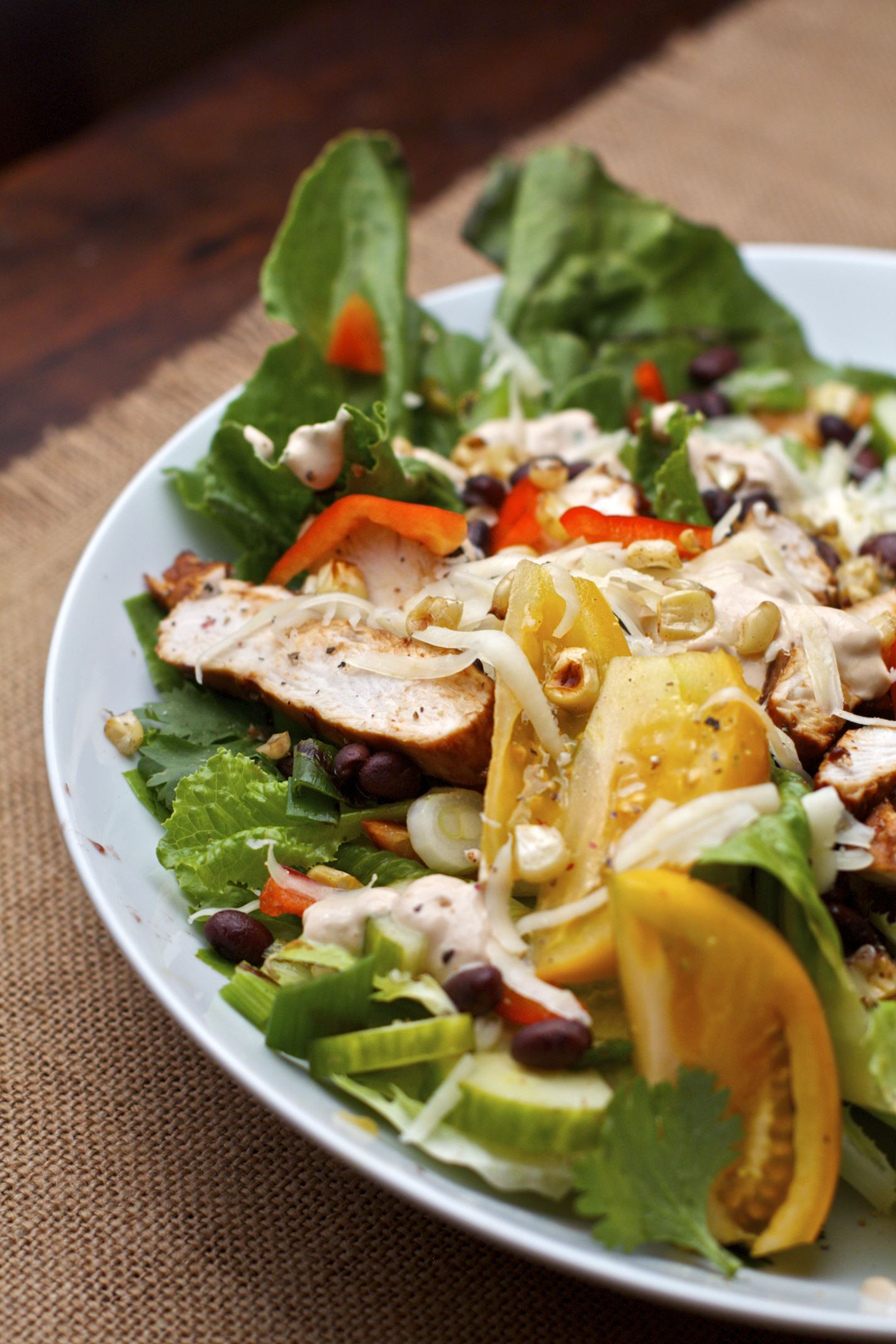 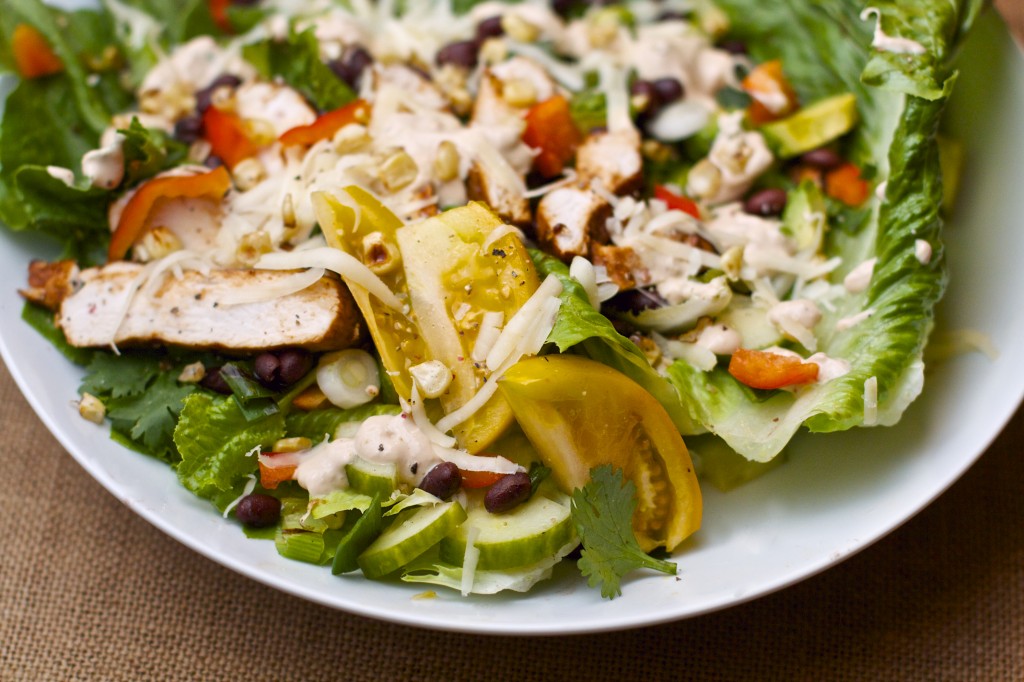 Returning our son to San Francisco for another year of school marks an unofficial end of summer for us.  Twelve weeks of his being at home included road trips filled with yummy eats, movie nights, drives through fast food joints, and food we haven’t had in the house in a while.  Tortilla chips, anyone?  One of us managed to keep weight gain under control, and the other?  Well, he looked at me on the long drive home and said, “Salads for a week starting tomorrow.” I didn’t bother to remind him we’ve enjoyed hearty salads all summer long — salads that are a meal — and that gaining back half of the weight he worked so hard to lose the first five months of this year was more about office food grazing, snacking in general, and the second portion he enjoys whenever something tasty is on the menu.  Around here, that’s pretty much every day.

The official end of summer isn’t for another month, so that more than allows me an excuse to share some of the salads we’ve had recently.  Like this Southwestern BBQ Chicken Salad we had mid-July.  When the boys were much younger, we liked to go to TGI Fridays once in a while and I loved their southwest chicken salad.  I don’t remember the exact ingredients, but no matter.  How hard is it to figure out what qualifies as “southwest?”

I marinated a couple of boneless, skinless chicken breasts with some of my husband’s left over barbeque sauce (I need to share that recipe!) and allowed them to sit in the fridge all day.  At dinner time, I sent him outside to put them on the grill while I chopped the veggies.  The salad dressing in this recipe is a riff on a buttermilk dressing I made with yogurt instead to keep that tang I like so much.

It’s a quick and easy meal with a salad dressing that won’t bust your calorie counting for the day. 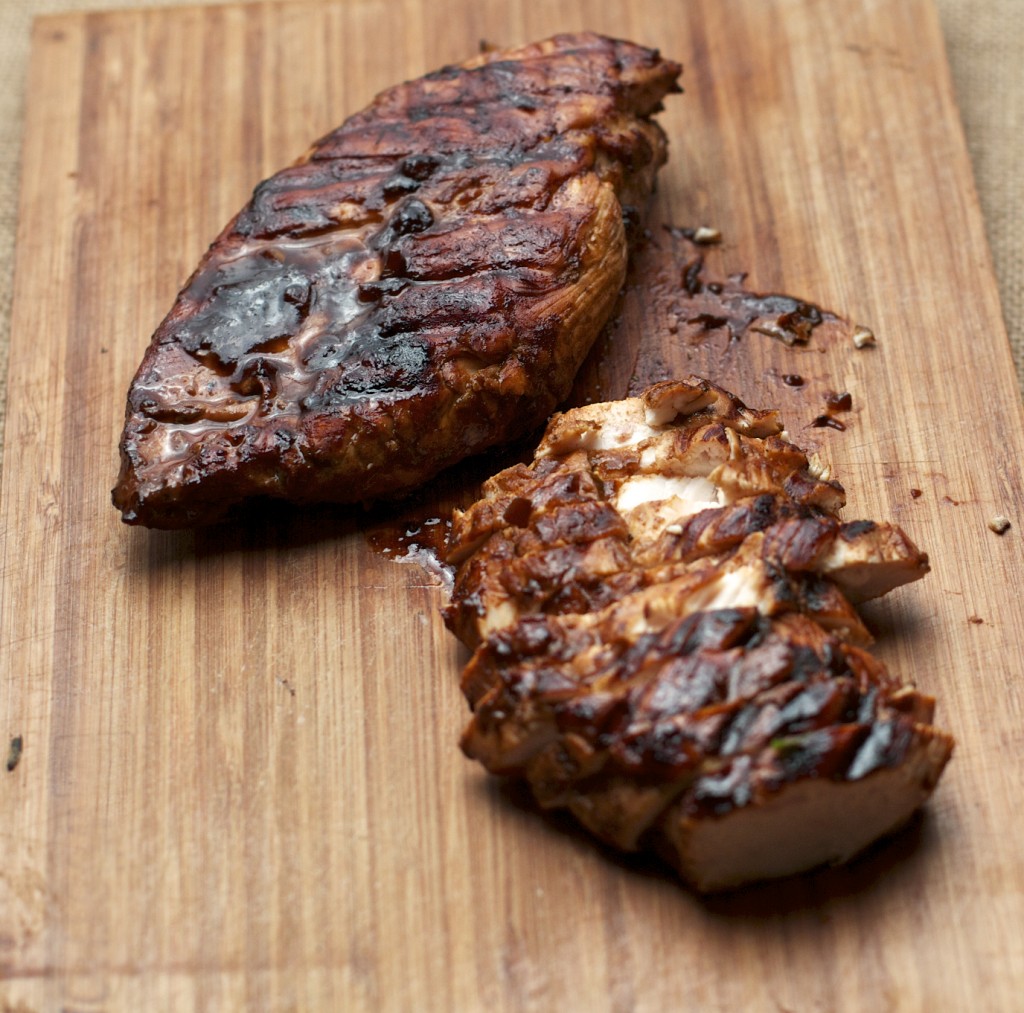 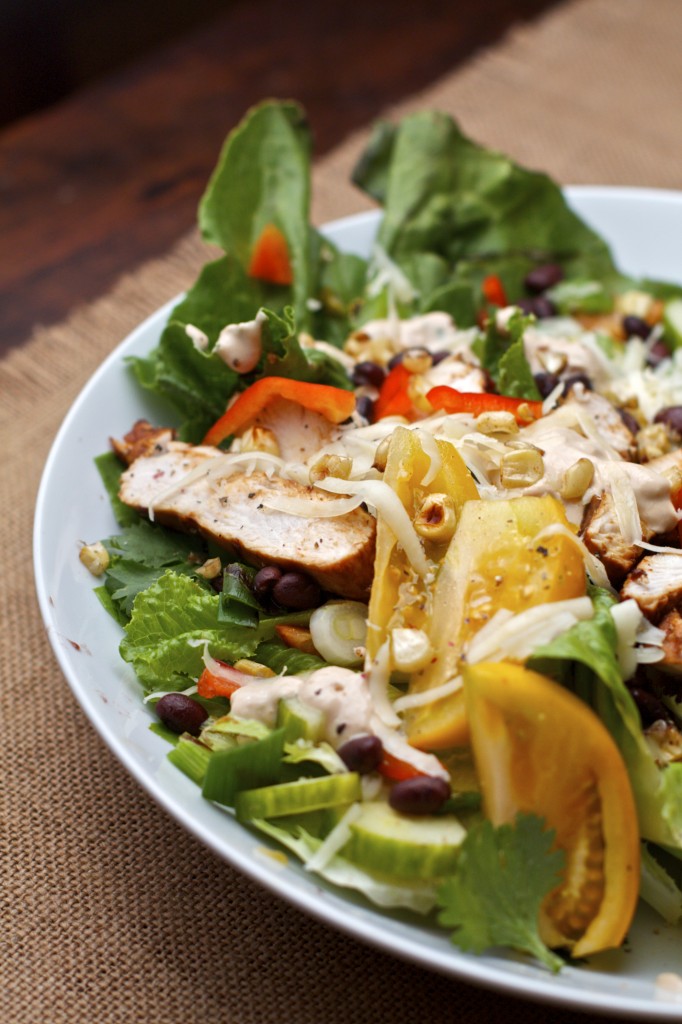 More Southwest Chicken Deliciousness from Around the Web

How Sweet It Is — Southwest Chicken Slider Melts

Our Life in the Kitchen — Southwestern Chicken Salad Wraps