Tribute to the Queen of All Daring Bakers, Lis. 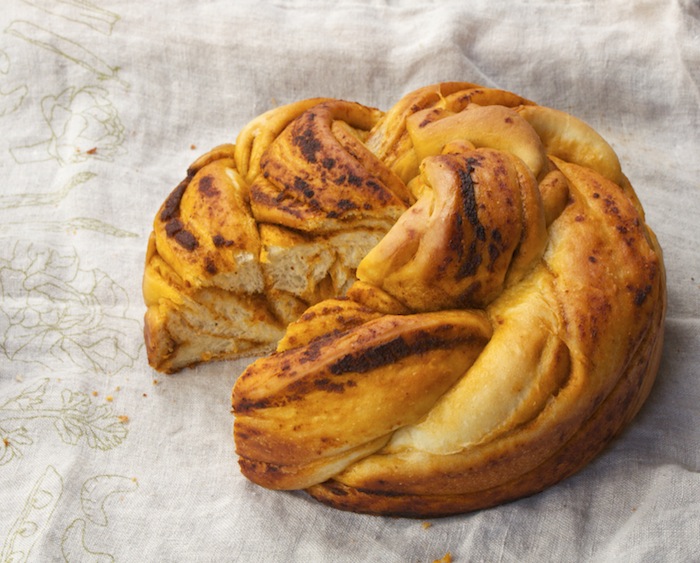 The past two days, I’ve spent quite a bit of time remembering much of what I enjoyed most about blogging — the community, the camaraderie.  I know it’s been three months since I’ve written here, but often, things change.  Sadly, sometimes they change forever. 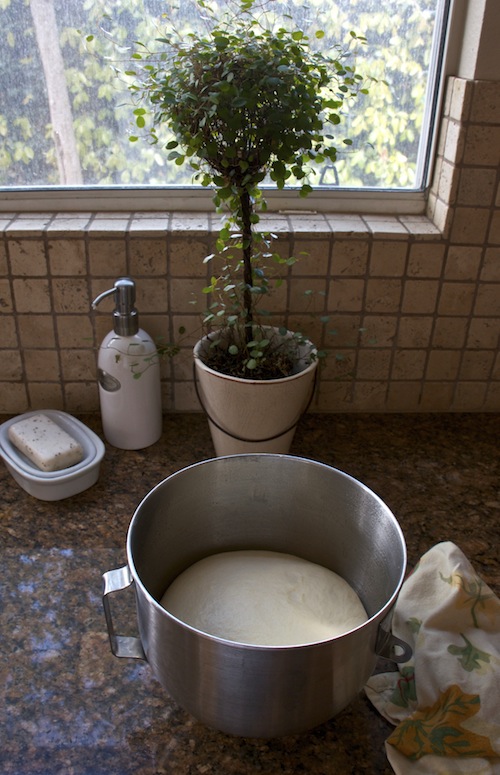 Two days ago, I learned that Lis, a woman I swear was my alter ego separated from me at birth, passed away unexpectedly.  I received the message just as I was settling in to write that morning, and then nothing has quite been the same since. 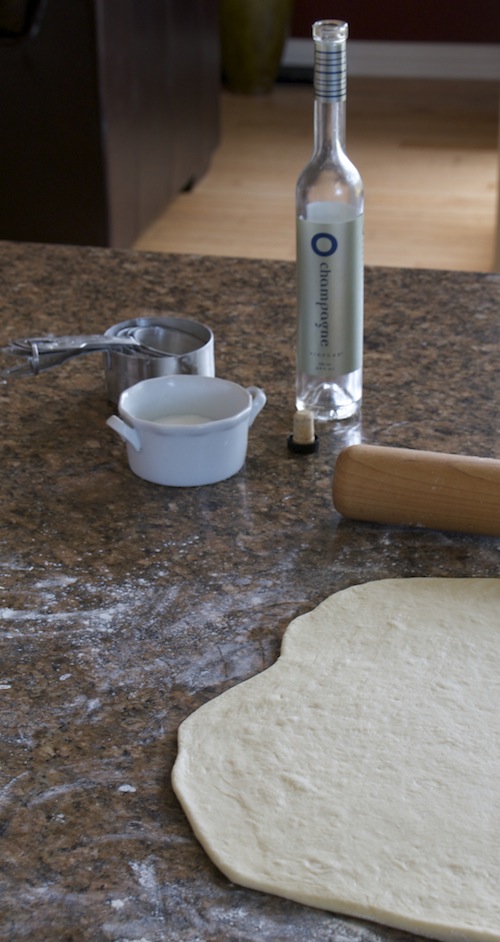 I met Lis when I discovered the Daring Bakers early in 2007 not too long after I started writing here.  She was one of the co-founders of the group which had been secretly whipping up one recipe challenge after another each month before revealing them all on the same day.  It was great fun while it lasted for me, and many of the former members have mentioned that the group simply became too large, and what drew us to it in the beginning  began to fade.    Fortunately, after many years of participation, Lis and I became friends.  I even flew out to Ohio to spend a few days with her and help cook for her wedding.

I can think of so many things to say, yet nothing at all appropriate ends up on this page.  And I know she would understand.  At some point, there is no eloquent way to do someone justice and I find myself wanting to give up.  I know she would say, “Big fakkin’ deal!” 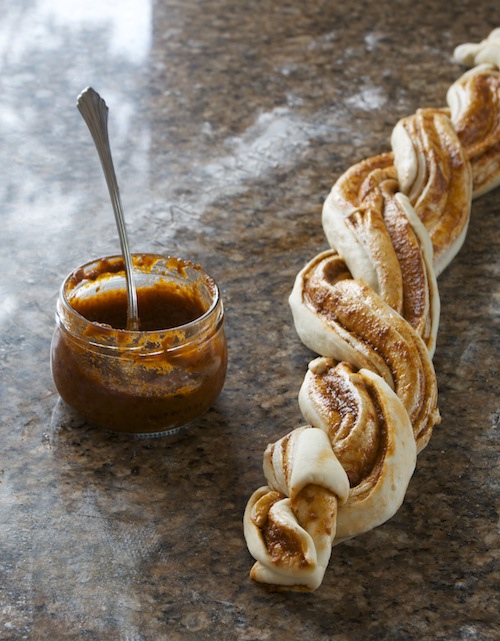 She made me laugh so hard I cried.  I loved her epic emails — one in particular about a cake lady.  The phone calls that went on forever. I can hear the tone of her voice right now and maybe that, more than anything made our conversations more hilarious. She could just let it rip. Her vocabulary was such that a dictionary website should be created in her honor, putting the Urban Dictionary completely to shame.  If there could be anyone as meticulous with Excel spreadsheets as Lis, they would reign supreme, and I know people who understand that talent. Cotton socks will forever make me think of her. 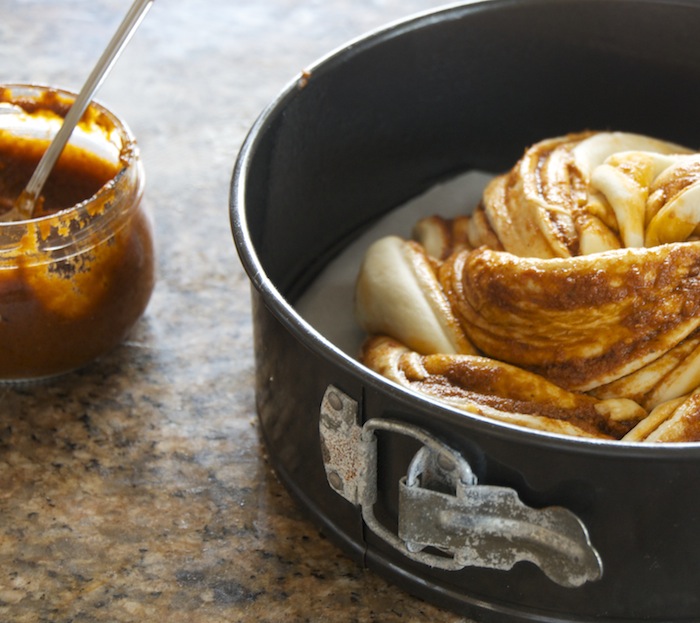 Do cotton socks still exist?  I have memories of them on school days when I least wanted to wear them, creeping down beneath the heel of my shoe, causing me to tug at them  to restore order and make them appear as if they were perfect, lined up, ankle height.  Yet walking a few minutes caused them to slide back down beneath the back of my shoe, step by step, edging toward my heel and instep. I truly hated them. 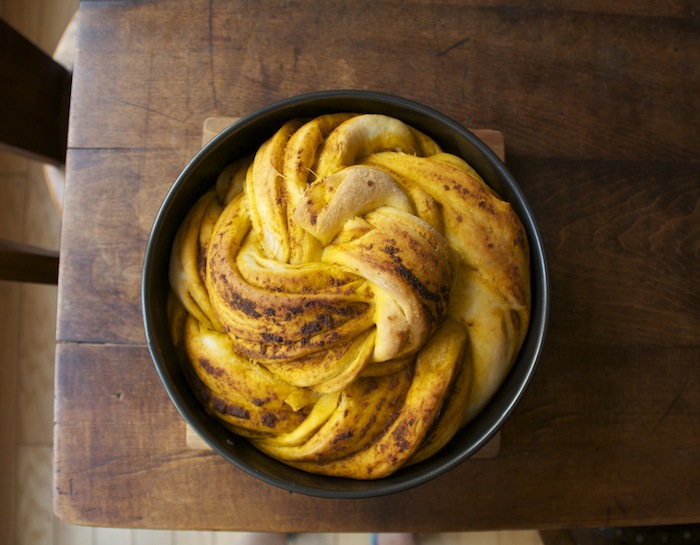 But if cotton socks are still made, I will find them and buy a pair.  And every time I put them on, I will think of Lis who always blessed everyone’s  cotton socks.   I’ve been thinking of sending a balloon with a giant heart painted on it and cotton socks attached into the stratosphere.  I imagine someone on a flight to Italy will see it from the small window of a plane and wonder. 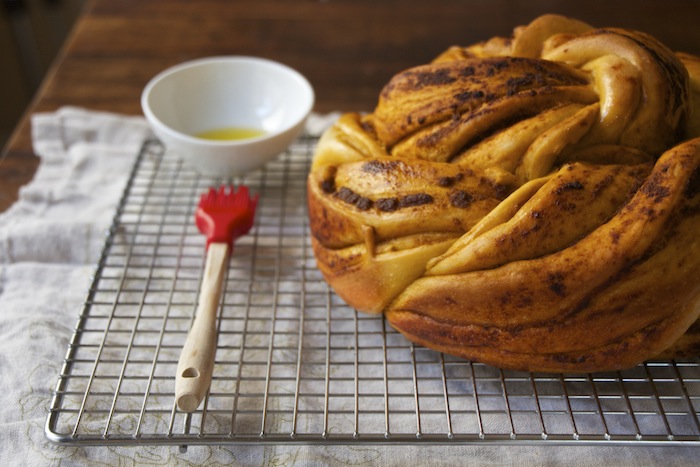 She loved Fall best, going all out to decorate her house for Halloween, could make a near disaster of a recipe an occasion for hysterical laughter and wads of Kleenex, and spent an incredible amount of time turning something most will never completely understand into something awesome —  the Daring Kitchen.  Years and months, long hours, it was a big job in addition to her full-time day job.  She had a huge heart, made people feel welcome, and never expected credit for any of it.

I will miss her. 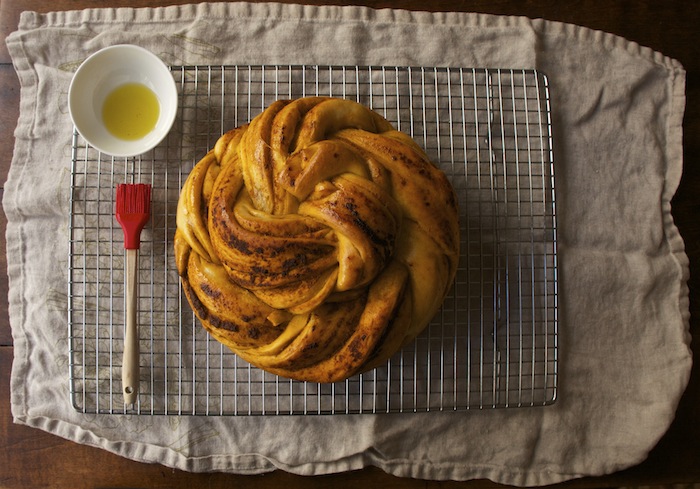 The recipe for this beautiful Russian Braided Bread was adapted from one I found at Barbara Bakes.  Her recipe and step-by-step directions are excellent.  The only difference is I used sun-dried tomato pesto.  I chose this recipe because it makes me think of the day Lis and several others made these Garlic Knots with Rosemary.

Good memories, those.  Maybe I’ll attach a garlic knot to that balloon instead of socks.  She’d think that was hilarious.

Remembering More of Paris
Another New Year for You and I